A charity function for children from the orphanage «Children’s Village SOS» was held today at SIBUR ARENA, the venue of St. Petersburg Ladies Trophy 2020. At the beginning of the event children were entertained by professional jugglers from the «Tennis Theater».
Within the framework of the «School of Heroes» project of the «Play and Help» project kids had a dialogue with Svetlana Kuznetsova, two-time Grand Slam champion and former world №2. The «Play and Help» charity initiative is a project created by the families of famous «Zenit» football players, with the support of other athletes and cultural and sports figures of St. Petersburg and Russia. The aim of the project is to attract athletes to socially significant projects, as well as promote the ideas of charity and philanthropy among the general public through a personal example and the initiative of famous people who have achieved success through their work and talents.
The dialogue between Svetlana Kuznetsova and the kids was moderated by one of the founders of the project – Ekaterina Smolnikova. Firstly, she asked Svetlana what charity meant to her. «Charity is helping people. If you help someone, then this person will help another person. I like to see smiles on people’s faces. You can’t live only for your own benefit and your interests», – Svetlana said. The titled tennis player also told the story of her childhood in Spain recalling how she left there speaking no English or Spanish, and how she missed her dog. In a blitz poll, Svetlana surprised everyone confessing that if she had not played tennis, she would have become a rapper. Now she is very interested in rap and sometimes reads it in karaoke, she named Basta as her favorite rap performer. 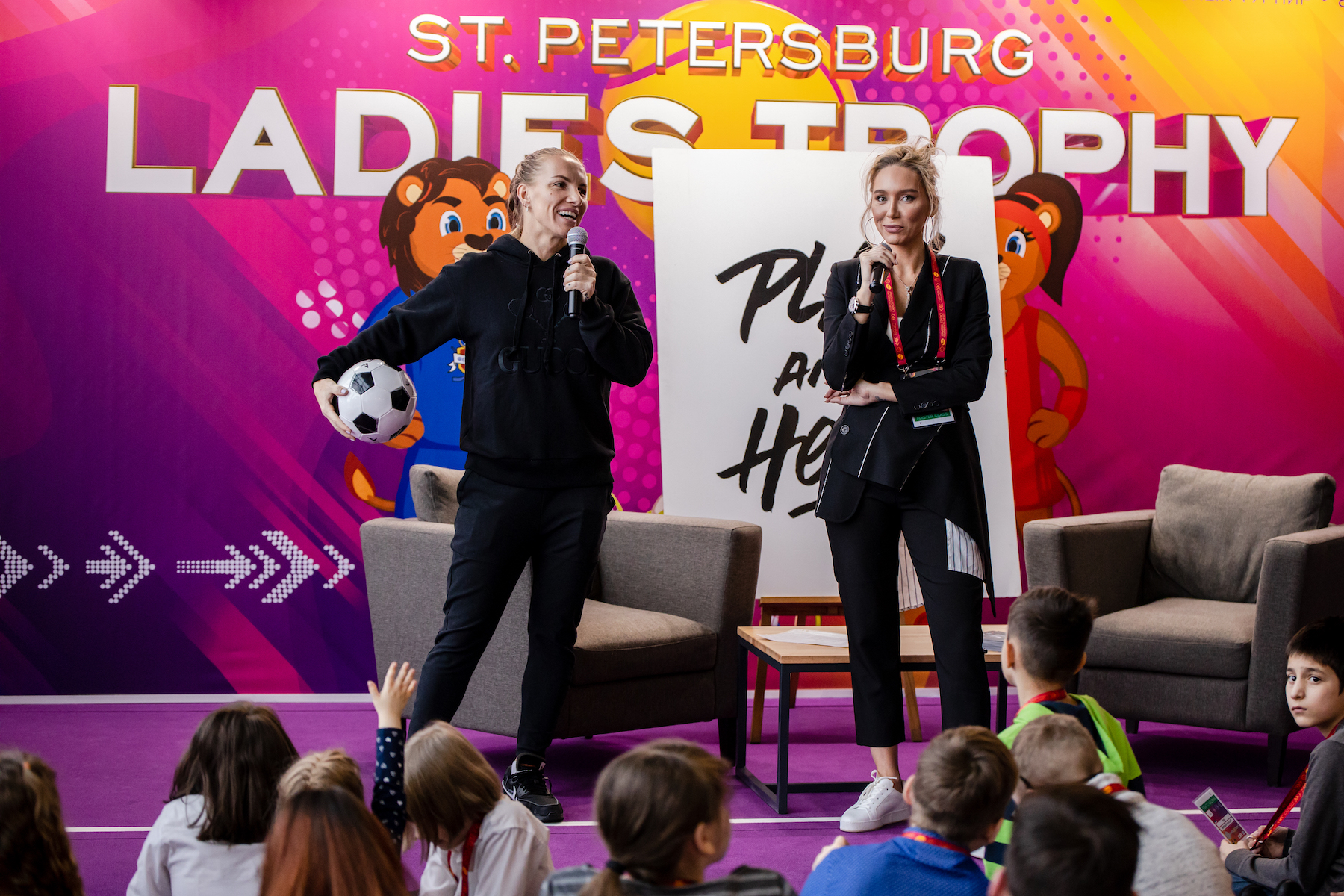 Then children asked Svetlana questions. They raised their hand, Svetlana threw them a soccer ball, the child asked a question and threw the ball back. Questions from the children were diverse, both personal and professional. Svetlana said that she has a dog named Dolce, who has its own Instagram account. She called sushi her favorite dish, because they are low-calorie, her favorite book is Elizabeth Gilbert’s «City of girls»; favorite clothing brands are Balenciaga and Yves Saint Laurent, and her hobby is to drive a car. Also, the athlete told the youngest spectators that she loves pancakes with condensed milk and cutlets with pasta, but does not like chocolate.
After the children asked all the questions they were interested in, Svetlana handed out autographed cards to the them, and a group photo was taken.
The program continued with a tennis clinic in which the children tried to cope with various tasks with a tennis ball. Then everyone got souvenirs and presents from the organizers of the St. Petersburg Ladies Trophy 2020.