Anastasia Potapova: «The most important for me was to seize my chances»

Your opponent Liudmila Samsonova felt the rhythm of the game in the 2nd set, fired a few aces, but it seemed like she started to believe in her victory too early. How could you manage to win this match in straight sets?

I knew that the 2nd set wouldn’t be the same as the 1st one. I was mentally ready for it. I know, she is a tough opponent but still isn’t a Top10 player. I knew I would have a chance. The most important for me was to seize it. And I did it.

Most people thought that you would be higher in rankings at the end of last year. Why are still ranked near the Top100? What are your feelings in terms of quality of play?

I don’t think about the rankings. I think only how to improve my game. If I do it, the rankings will be higher. I’m trying to improve as a player. And I hope that I will reach my goals soon. 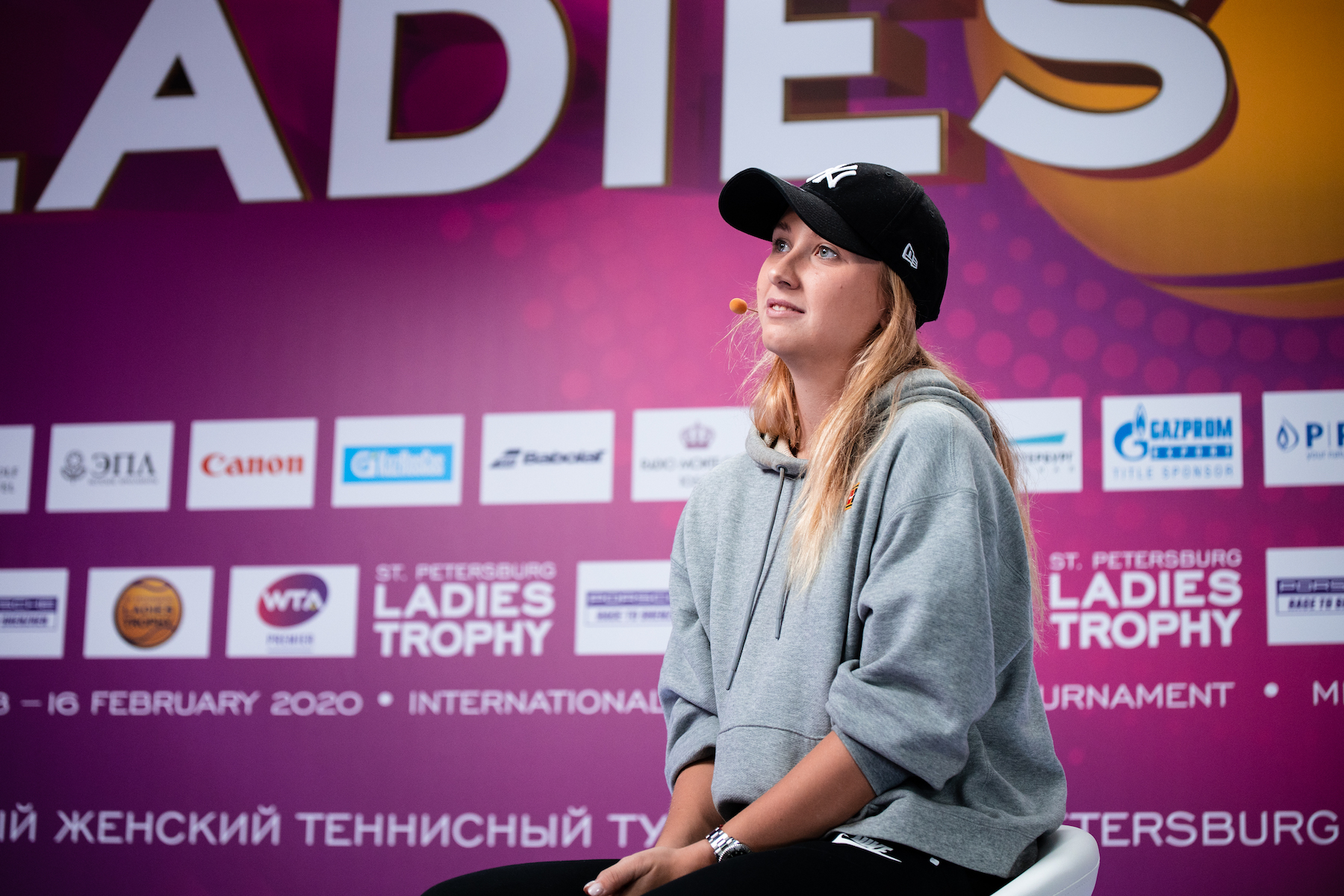 You changed your serve, you practice the serve a lot. It seemed like the toss became higher. Sometimes you fire aces, sometimes your serve still isn’t going too well. Do you know what to improve in your serve?

If you watch the stats of my matches here, you can see the percentage of winning points on 2nd serve. It’s higher than 70%, and not so many players can have the same percentage. Today my first serve wasn’t good. But it’s got nothing to do with either things technical or mental. I just had troubles with my racquet. I understood it closer to the end of the match and changed the racquet in the 2nd set. I served better at the end of the match. It helped me.

What was the issue with your racquet?

The problem was about the string tension. I should have changed the racquet earlier, but I don’t like to do it. I have negative experience of changing the racquet. But today I took a chance, because the ball was sliding. It helped me at 3/4 in the 2nd set. 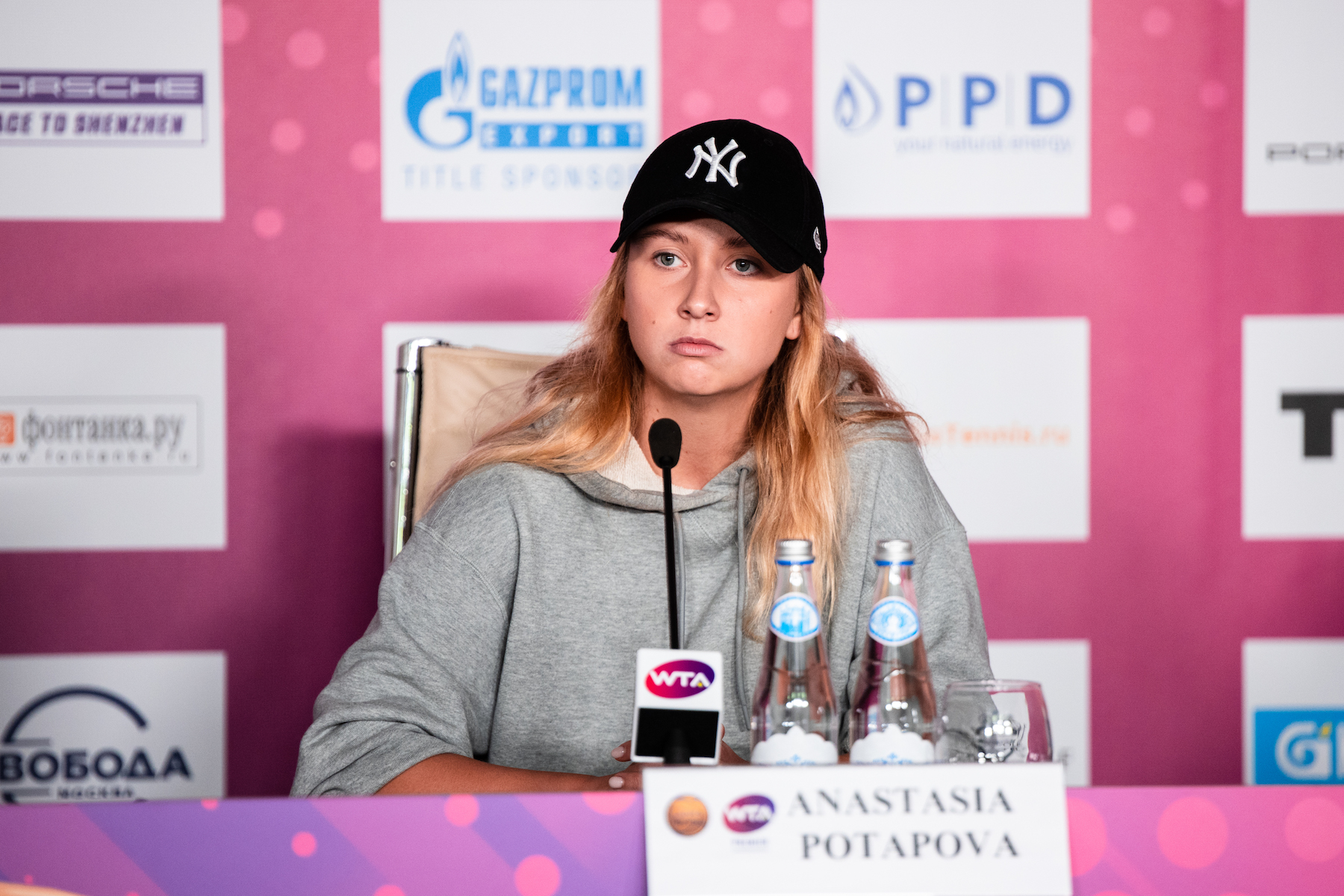 Your coach took part in a conference here. You told earlier that he is totally inside tennis. Does he give you any tasks off court? May be he advises you to read books?

He doesn’t force me to do anything, he just gives advice. And everything else is in my competence. As for books, I read a lot. My coach sometimes tells me to take it easier with  books and rather talk to him. By the way, he asks me to watch some tennis matches, mostly from ATP. I follow his advices.

Do you have favorite book or a favorite author?

No. I read everything. I read often something what my parents advise me. Now I’m reading Agatha Christie’ detectives.

You played well against Italy in Fed Cup. Did you watch the matches the Russians played against Romania? And do you want to play again for the country?

It’s a great honor for me to play for the country. If I am invited to Budapest (for the Fed Cup Finals), I will agree to play and will be happy to help our team.

We remember your match two year ago here, at St. Petersburg Ladies Trophy against World No.1 Caroline Wozniacki. How have you changed from that time?

I also remember that match: I was ready physically, but not mentally. I felt some pressure from the social networks and people in general. They thought I could win. I’ve changed a lot for the past two years, I became more professional, more responsible, more calm, and it bears fruit on the court.