You started this season pretty well. Do you think you can repeat your result of the last year?

Hopefully, I can repeat that result. I had a good start of the year and I’m pretty happy with the level I was playing. It’s just another week here and I will be trying to play my best tennis again.

How often do you manage to defend your title? Do you have some kind of statistics on that point?

Of course I have great memories from last year. I had a really good time and I really liked the city and the tournament. Coming back here feels really great. I just got here last night and I took few hours at the practice court to play hard court again. I was just practicing and preparing for my first match.

I defended my title only once before. In Nurnberg I won the title and defended it the year after. I think it’s the only one. Hopefully, it’s going to be a second time this year.

Question about the Fed Cup: you brought 2 points to your team, but your team still didn’t manage to win. How disappointed are you about that?

Yeah, it was a really tough weekend I would say. I won my two single matches, we lost the deciding doubles, so in the end that’s the result that was coming. I’m still recovering from that I would say…

Kristina Mladenovic mentioned that she voted for the St. Petersburg Ladies Trophy as the best tournament in its category and it won this title two years in a row. And which tournament did you vote for?

Me too. I think last year the organization was doing so much for the players. Maybe by winning the trophy last year it made it even better for me. Especially at the end with the closing ceremony after the final – I’ve never seen anything like this before. It was so beautiful and the tournament was great. 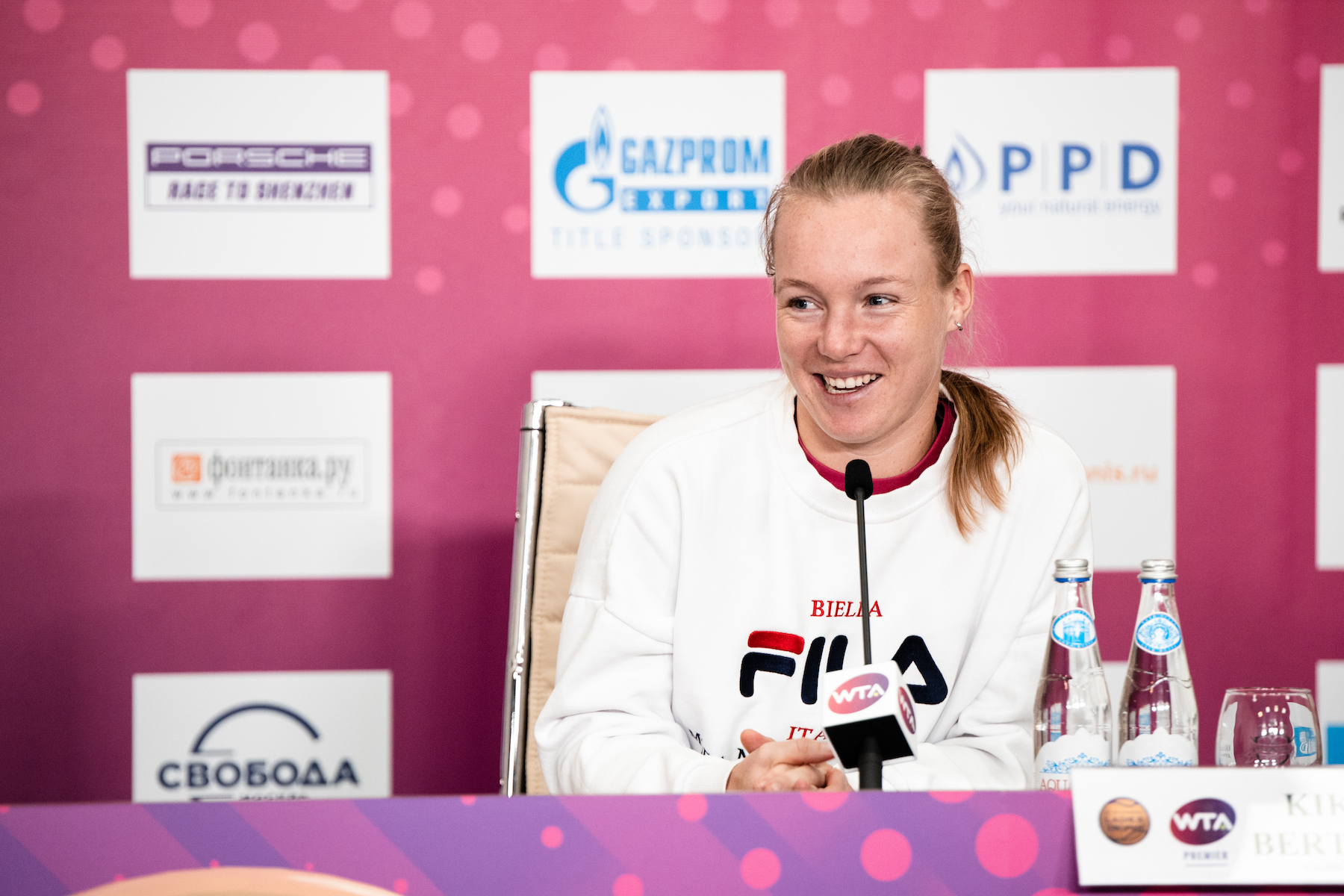 Nowadays, there is a tendency in the WTA tour: it is very difficult to keep your place in the rankings, especially in Top-10, Top-20. You have stayed in the Top 10 for more than a year now. How do you manage that?

So what is the key to your success – fitness and your physical shape or mental health?

Everything counts in tennis. But for me body wise is one of the most important aspects of the game. You have to be really strong physically and mentally, but most of the times when my body feels good the mental part is also fine.

Both in men’s and women’s tennis wedding sometimes can have a positive impact as well as negative impact. What is the case with you? How does it affect your career?

I hope a positive one. Till now I feel really good about it. I think the first two months have been really nice. It was really nice to spend off-season at home of course with weeding and then afterwards to have some time with my family as well. My results so far are great and I’m happy about it. Let’s see what this newly married year is going to bring.