You played a very difficult first set, the second was easier. It seemed that you ruined the opponent’s game. Which of her weaknesses did you use? What was your game plan?
You noticed everything correctly. Whatever the plan can be, until you go out there on the court and feel the opponent, you won’t understand anything. She served well down the line, but in the first set I tried to ruin her game.
St. Petersburg Ladies Trophy is held for the fifth time, but you are playing here for the second time only. Don’t you regret that this is only your second tournament in St. Petersburg? How is your health now?
There are some health problems. I was not sure about the tournament. I had a good pre-season, but when I came to New Zealand, I got sick and was laying there for a week, then I got ready for Australia. Of course, an individual schedule is a priority now. I understand that I cannot play Fed Cup and individual tournaments at the same time. I have to choose. It’s very nice to play at home. It was difficult not to take part in the tournament, not only because of injuries. 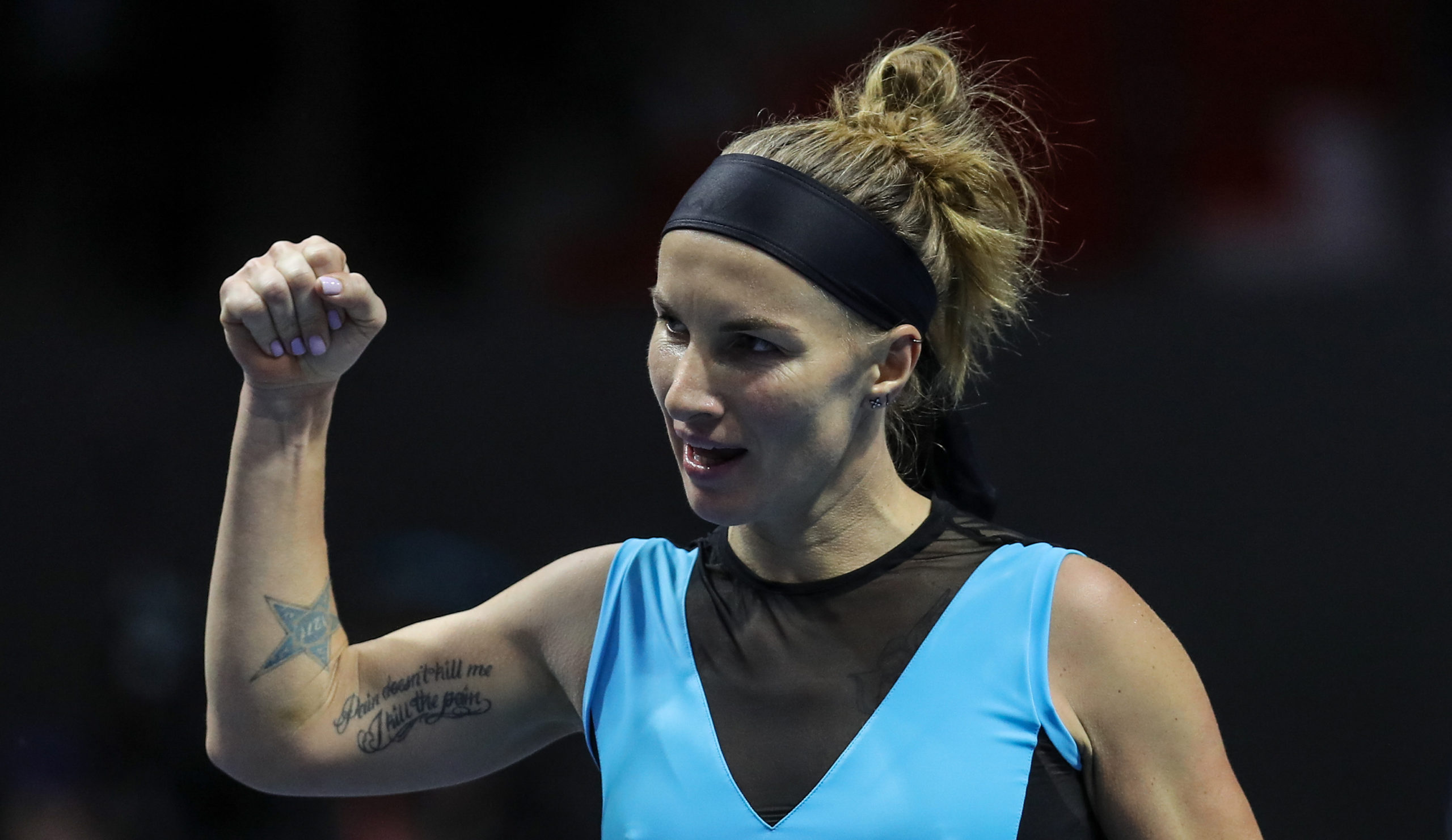 How did you like the football challenge on Tuesday morning? Do you cheer for «Zenit»?
Of course, I’m from St. Petersburg, is it possible to root for any other team?! Either «Barcelona» or «Zenit». A lot of people were surprised that the girls played today, everyone agreed to play that “Tennisball” challenge. I warmed up, I enjoyed it a lot. The ball was heavy, I was close to getting concussion. I was glad to meet Artem and Mikhail. My partner was a true gentleman, so we lost. Artem often scored goals in my direction, I will take this as a compliment.
This year’s Fed Cup is held in a slightly different format: the finals will be played in April in Budapest. Do you think the change of format is a positive thing?
I think that we have to try some new formats because it is hard to play Fed Cup and you are not always capable of playing all Fed Cup ties throughout the year. We need to look for new options. But let’s see what it feels like to play Fed Cup after Indian Wells – Miami.
What results do you expect to show here and are you planning to play in this year’s Olympics?
I don’t know what will happen tomorrow, so it’s hard to say anything about the Olympics. For a long time I have not set any goals before myself at the tournament, because the result may depend on many factors. The trivial things for me are the most important in life: playing every ball, to give it my all to the game, and not think about the results. Of course, I want to go far.
Do you think there is a chance for you to return to the Top10 or Top20 and, as before, show the game at the top level?
I’m playing at the top-20 level now, immodest though it may sound. You need to play several matches in a row. Today was a very good match, but I do not look too far. It is important to play and show the maximum, and I don’t see problems to reintegrate the Top20. It all depends on me, on my dedication, my motivation, on a good schedule. I’m not always ready to play qualifications, and I don’t receive a wild card for every tournament.
How does the factor that your parents are athletes affect you and do you think that the history of the sport needs to be preserved?
Of course, you need to keep the history of sport. People who achieve success must remain in history, we need remember them as they can serve as role models for others. I was lucky, I grew up in a sports family, from my childhood I was in the training mode, four practices a day and all. But at some point it was difficult because from an early age you are no longer a child. However, your parents will always be with you and accept you as you are.
After the match, you said that your father was rooting for you for the first time watching a match live. How emotional is this moment for you? Does he give any advice, guidance, being a coach himself, though not a tennis one?
We have wild contentions about this. I do not allow him to talk about tennis, but he still advises something. He could have come to the finals at Roland Garros-2009, but decided not to fearing he could ruin the luck. Every time he wanted to come to my match, and for the first time it happened here. It means really a lot to me.