The Russian tennis players Daria Kasatkina and Svetlana Kuznetsova who were to  play their first matches of St. Petersburg Ladies Trophy 2020 on Tuesday, took part in a funny competition called Tennisball prepared by the team Formula TX led by General Director of the tournament Alexander Medvedev. Daria and Svetlana were opponents with football club Zenit forward Artem Dzyuba and the club goalkeeper Mikhail Kerzhakov acting as their respective partners . The special Zenit jersey with last name was prepared for all competitors. 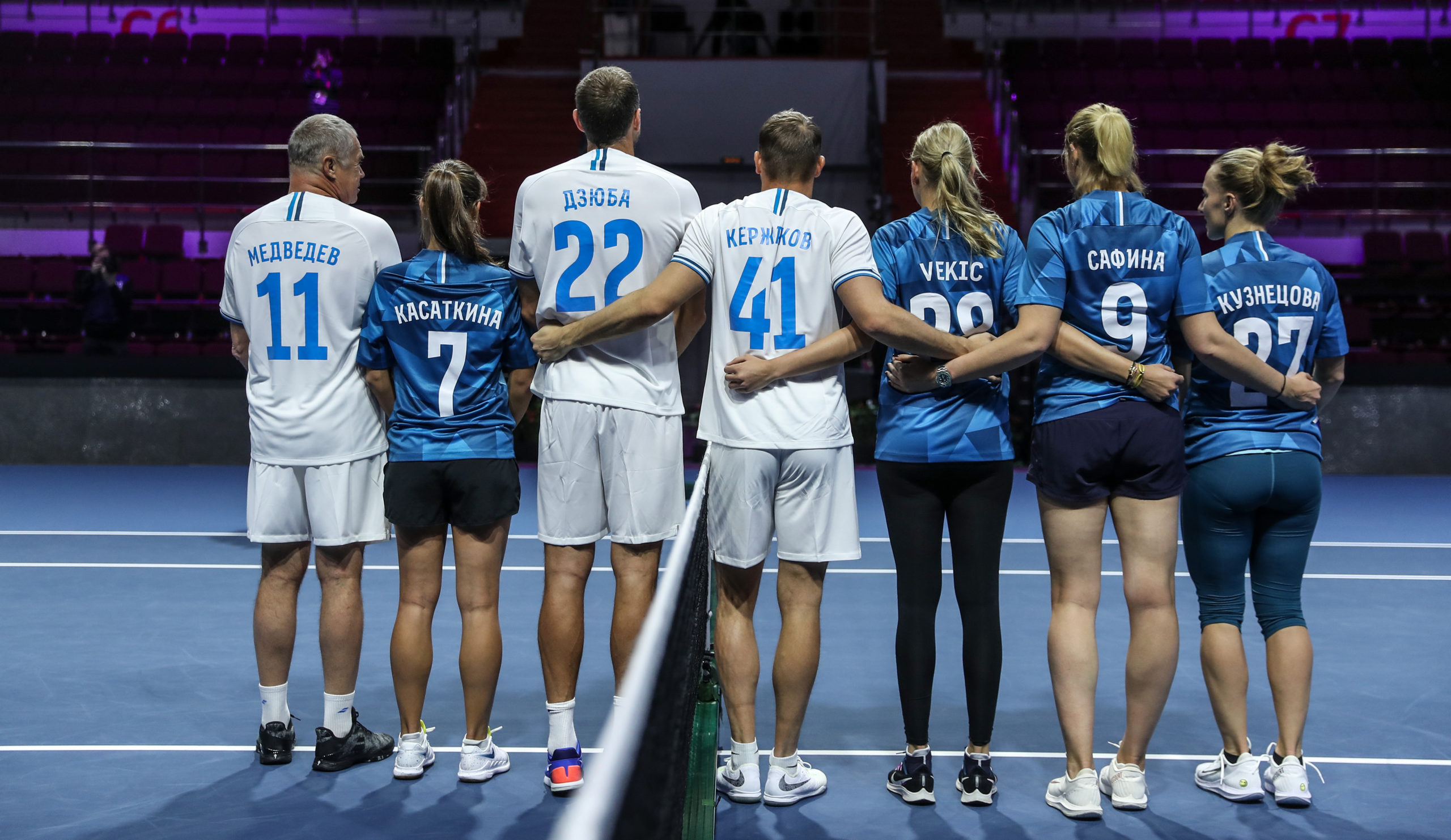 They played champions tie-break but the rules differed from the original tennis rules with a soccer ball in lieu of a tennis ball and service squares instead the whole court. The one ball bounce rule remained. In the middle of the match Alexander Medvedev substituted Artem Dzyuba but after couple of point made a key decision to call the forward back to the court.
Dinara Safina, captain of Kuznetsova/Kerzhakov team, didn’t step onto the court and continued to advise and lead the team.
The atmosphere of the challenge was complemented by traditional football phrase «Down with the referee!» and the use of a challenge system. Yet the players were at a loss as to how to call it – VAR, football-style, or Hawk-Eye, tennis-style. Svetlana Kuznetsova while opponents held their first matchpoint, realized how high the pace of the game was and cited Marat Safin’s catch phrase «Hot water is on!». What a great battle on the court! 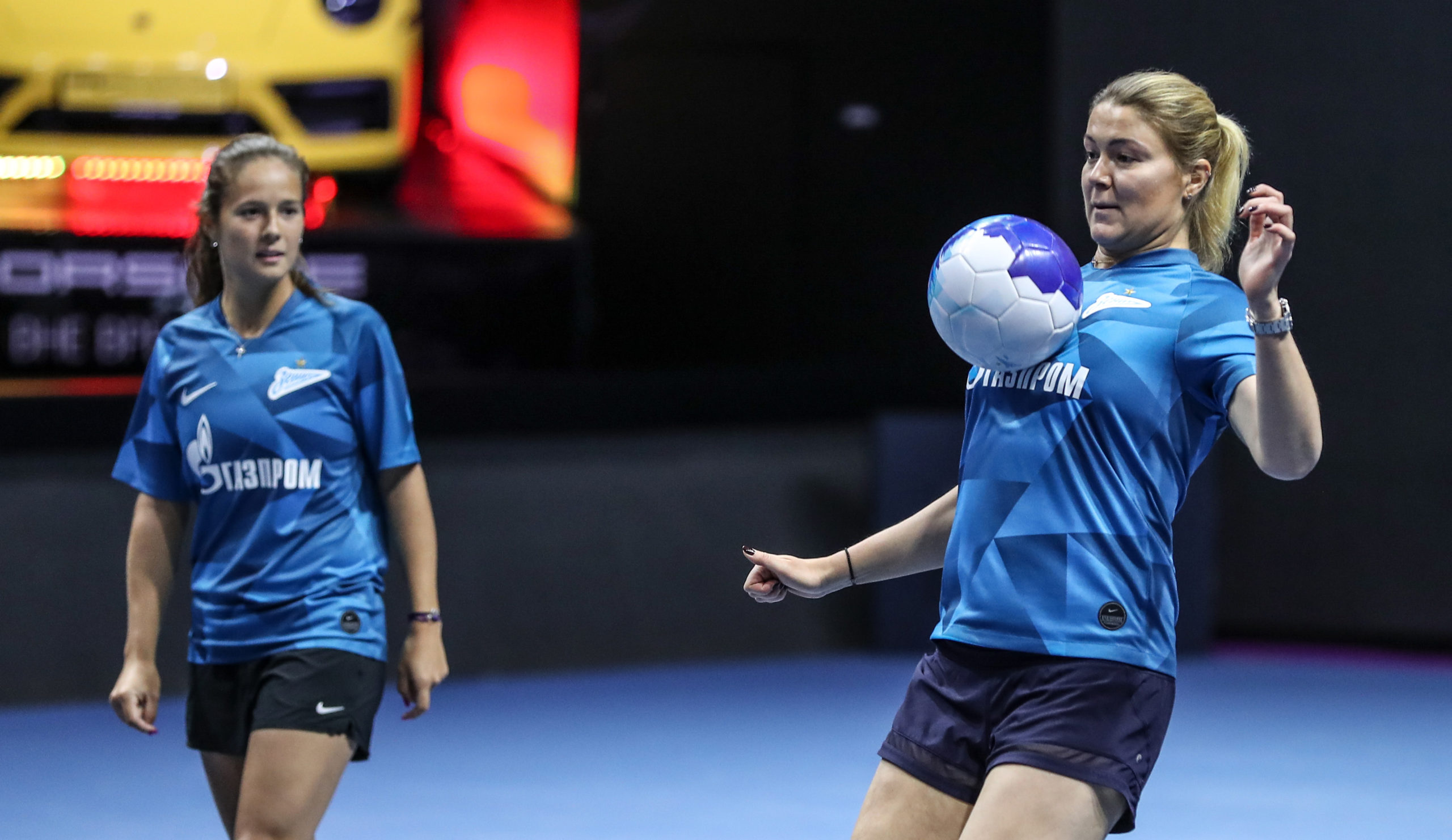 The teams took a time-out while one of the squads held match point at 11-10. Coaching was not prohibited in Tennisball. The final score was 14-12 with Kasatkina and Dzyuba winning the unusual challenge. Medvedev’s team finished the game converting the 4th match point. «Kasatkina is just on top!», – Dzyuba gave all the due respect to his partner. Daria reciprocated with an original commentary comparing Artem to an octopus: «My partner was real good. He was like an octopus who put  tentacles everywhere. Artem is a really nice guy, we had a great duo. Hope Alexander Medvedev will create something new for fun in the future. For example, we can play tennis with football players. I know that Artem likes to play it. It will be interesting».
«Girls played like professionals, and guys also played well and showed their skills. Both Sveta and Dasha took this challenge like a practice for their matches. We already have new ideas for the next tournaments, but I will not reveal the secret yet», – Alexander Medvedev summarized the challenge results.