You have just beaten St. Petersburg native Svetlana Kuznetsova, starting from the end of the first set you practically made no errors. How do you evaluate the match?

Yeah. I am really happy about that. I was a little bit confused at the start, I was making nervous errors and didn’t really find my game. Obviously I was trying to work with what I had in that situation, but I definitely think when the score was 6/5 in the first set I kind of started to play my game and my tennis. I think I played better and had better feel for my game. 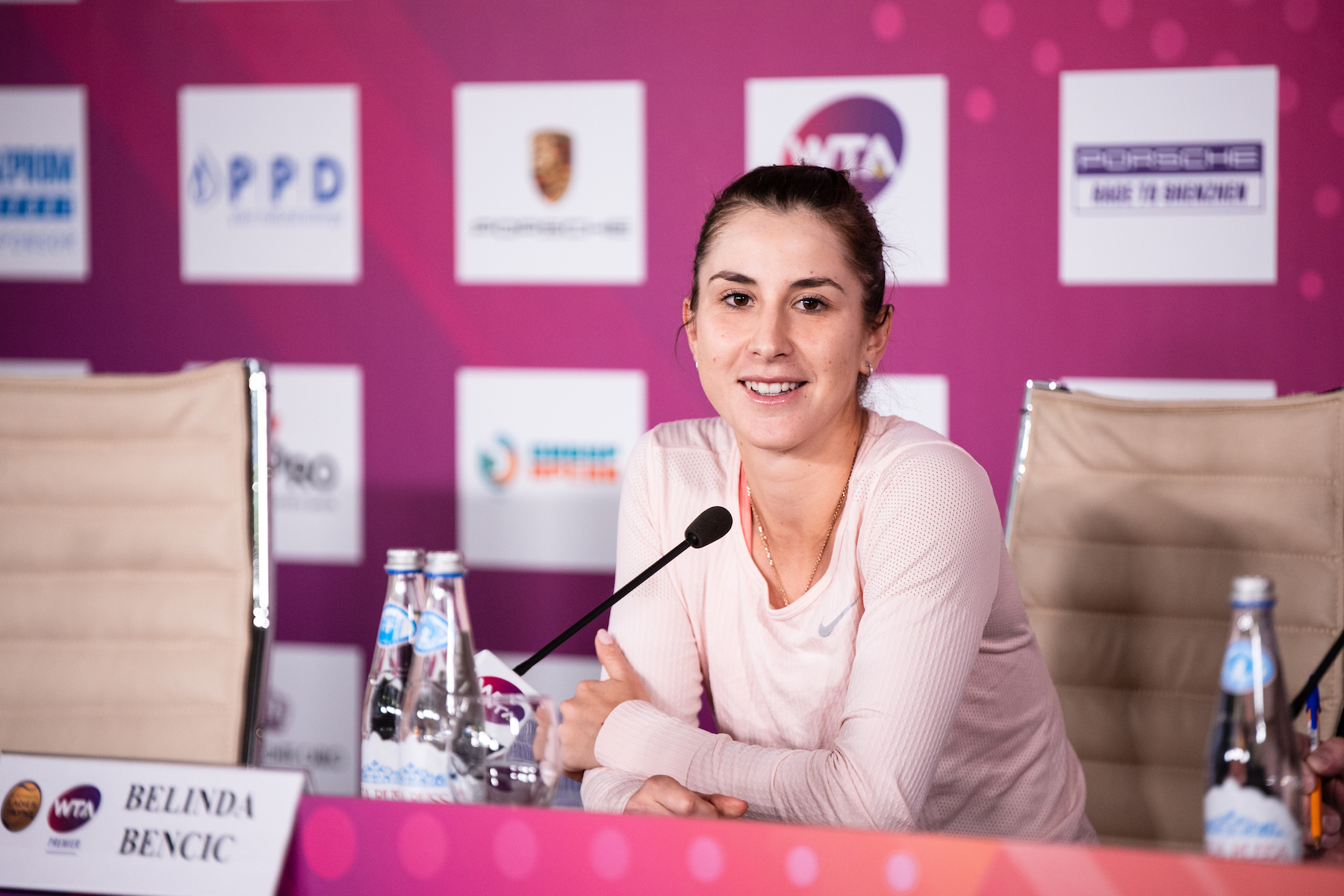 Your opponent from today’s match Svetlana Kuznetsova is known to be a fan of FC “Zenit” from St. Petersburg. What about you do you have a favorite football club you are cheering for?

Yeah, actually I started to follow football a lot because my boyfriend is a former football player and actually we went a lot to watch “Slovan” in Bratislava. I guess they are my favorite club now. But I would like to see the stadium of “Zenit” I have heard it is amazing and from outside it looks amazing as well. Definitely if there would be a game I’d be very happy to go and cheer for them.

Currently you are enjoying your best ranking, how do you evaluate your chances of one day becoming the world number 1?

It is a goal for every player. And I am as close to it as I’ve ever been in my career. But to be honest I am trying not to look at the ranking too much because on the court it doesn’t help you at all. You have to start the game from zero anyway. You have to beat your opponent and the ranking doesn’t help you. So I really want to play freely on the court, hopefully my ranking will improve automatically and this will be just a nice “added bonus” for me. 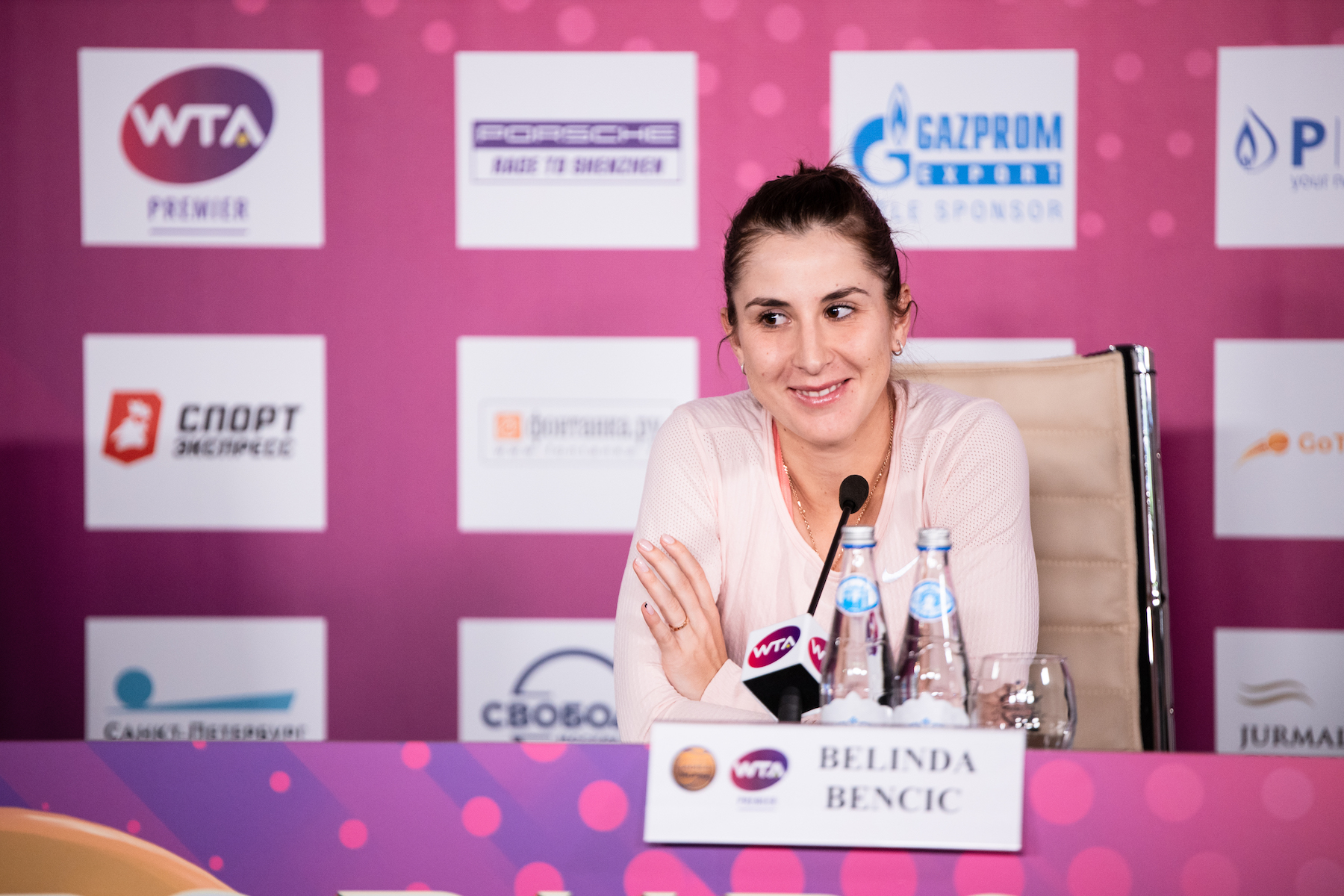 Yesterday you said you try to play a very interesting and beautiful game, full of variety and touch shots, rather than merely rely on power. Today you played someone who also likes to vary her shot selection. How do you feel playing such an opponent?

She is more of a defensive player, that’s her game style, so I definitely had to be an aggressor in this match and also to play harder shots because she tries to break your rhythm with slices, spins and everything. I was prepared for that and obviously I tried to make some angled shots. But I think against Svetlana to be successful you have to make her move and try to hit a winner.

We could hear a group of fans cheering for you “Come on, Belinda!” Is it a special fan group or club that came from Switzerland or Slovakia, or some locals?

I think they are Russians. I am happy at least two people were cheering for me. People wanted Sveta to win more because she is from St. Petersburg and I totally get that. I was really happy the crowd was nice and fair, though. 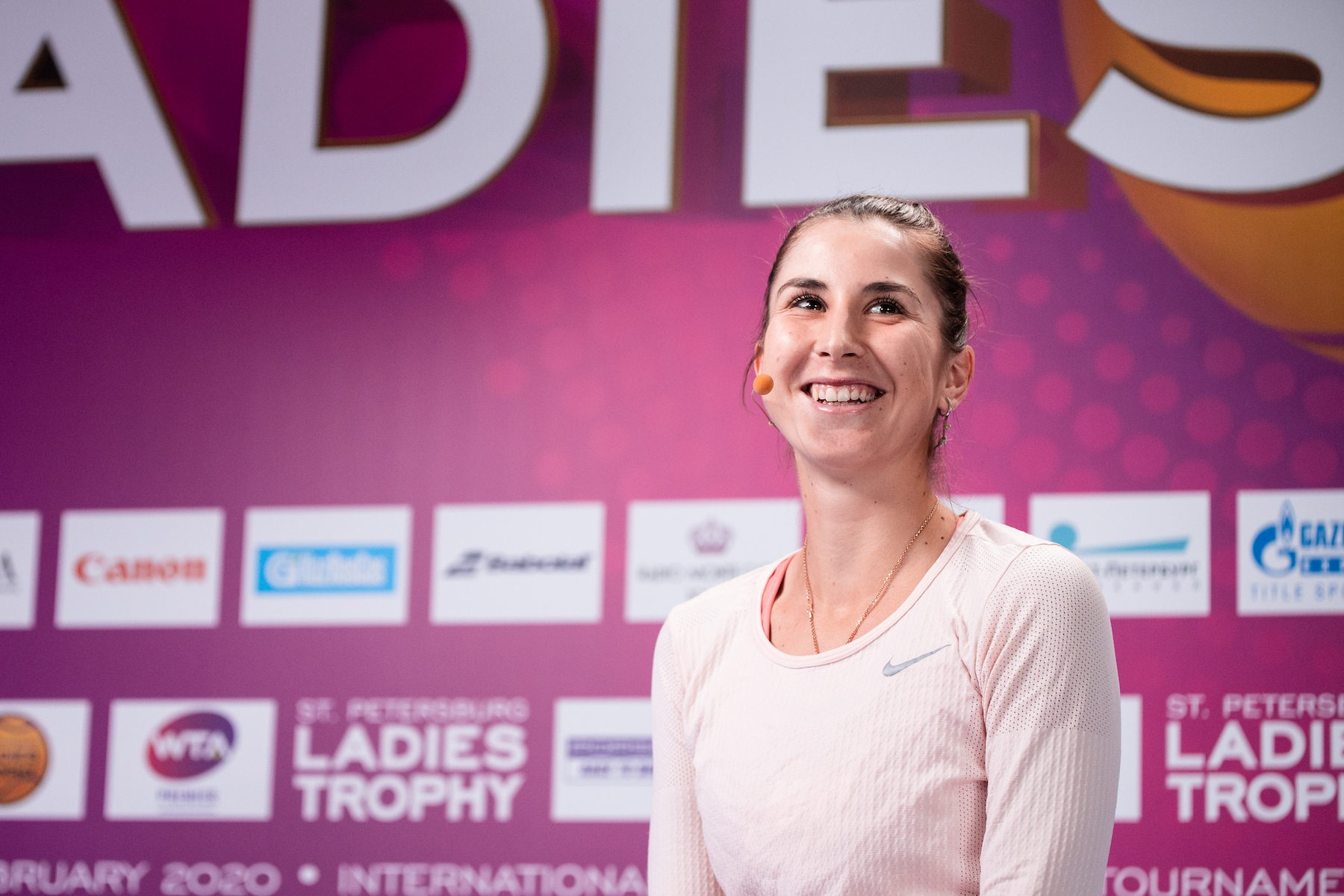 Your match against Naomi Osaka was named one of the three most spectacular matches of the season. What kind of matches you prefer most: when you win very quickly or tough and close ones?

I prefer easy wins because than I can save my nerves and save the nerves of my family and fans. But still I think for the crowd and spectators close matches are more spectacular. Actually it is nice to play in them as well, on the court you just feel very nervous and tight but in the end when you watch the match again you are entertained.