An Open Talk (a public Q & A session for fans) with Kiki Bertens, the winner of last year’s St. Petersburg Ladies Trophy, was held on Wednesday, February 12, in the spectators’ area of the SIBUR ARENA. The event was moderated by Alexander Sobkin, who began by congratulating the World No.8 on her wedding, which took place last November. Sobkin also asked Kiki about newly married life, working with her husband and the impact it has had on her career. After divulging some information on her personal life, Kiki also opened up about her family, her favorite tournaments on the tour – a list on which the award-winning St. Petersburg Ladies Trophy figures prominently – while also sharing her impressions on yesterday’s excursion to the Hermitage. 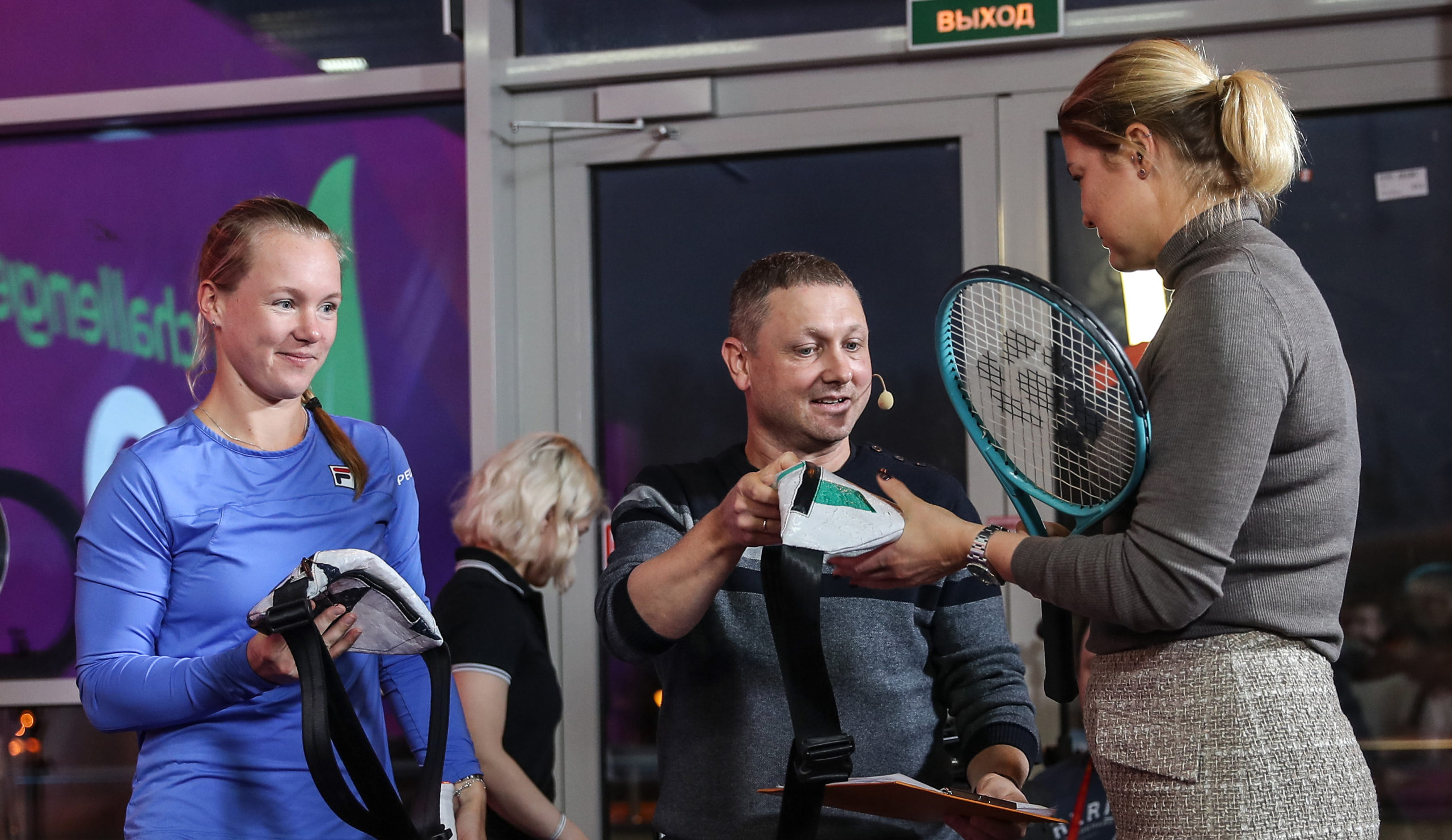 After finishing her conversation with the host, Kiki was asked to participate in the “ace bottle” challenge, a firm-favorite among the SIBUR ARENA spectators 12 months ago. Kiki happily agreed, admitting that her competitive streak does not end once she steps off the court. The challenge for Kiki, who faced a formidable challenge in the shape of former World No.1 Dinara Safina, was to hit as many plastic bottles as possible into the target baskets using a tennis racket. Unfortunately for the Dutch star, she was unable to replicate her stellar form on the court in the Open Talk arena, finding the target just once, while her Russian rival was successful on three occasions. Both participants in the challenge received a bumbag made from recycled material from the eco-partner of the tournament SIBUR Ltd.

The unusual competition was followed by a wide variety of questions from the audience. The best, according to Kiki, was posed by a young spectator who asked her about how best to cope with testing periods both on and off the court. Kiki revealed that her approach for dealing with such situations is to draw on her reserves of self-confidence and to continue to work on making herself a better player and person. The fan’s reward for such a thought-provoking question was a signed tennis ball from the defending champion. At the end of the Open Talk the audience gave Kiki a warm round of applause, thanking her for returning to the city and wishing her luck in the defense of her title.