EKATERINA ALEXANDROVA: «I HOPE THAT THE MATCH AGAINST KVITOVA WILL NOT BE AS FAST AS IN MELBOURNE»

Katya, do you have stamina left to continue? And a question on tactics: it seemed that at the end of the match you tried to put pressure on your opponent trying to finish the rally with one or two shots. Was that a game plan?

To be honest, I thought that I wouldn’t have enough stamina for this match. But then it turned out I had some left (laughter). As for the tactics, Donna [Vekic] played so powerfully that I had no chance except to win the points myself through active actions. As soon as I was playing a little softer she would immediately hit balls close to the lines.

It seemed that today your game level was higher than in the first match. Do you feel the court better?

Yes I do. Vekic hits flat shots, but I managed to adapt, to feel the court better, and the first match is always very difficult, no matter whom you play. 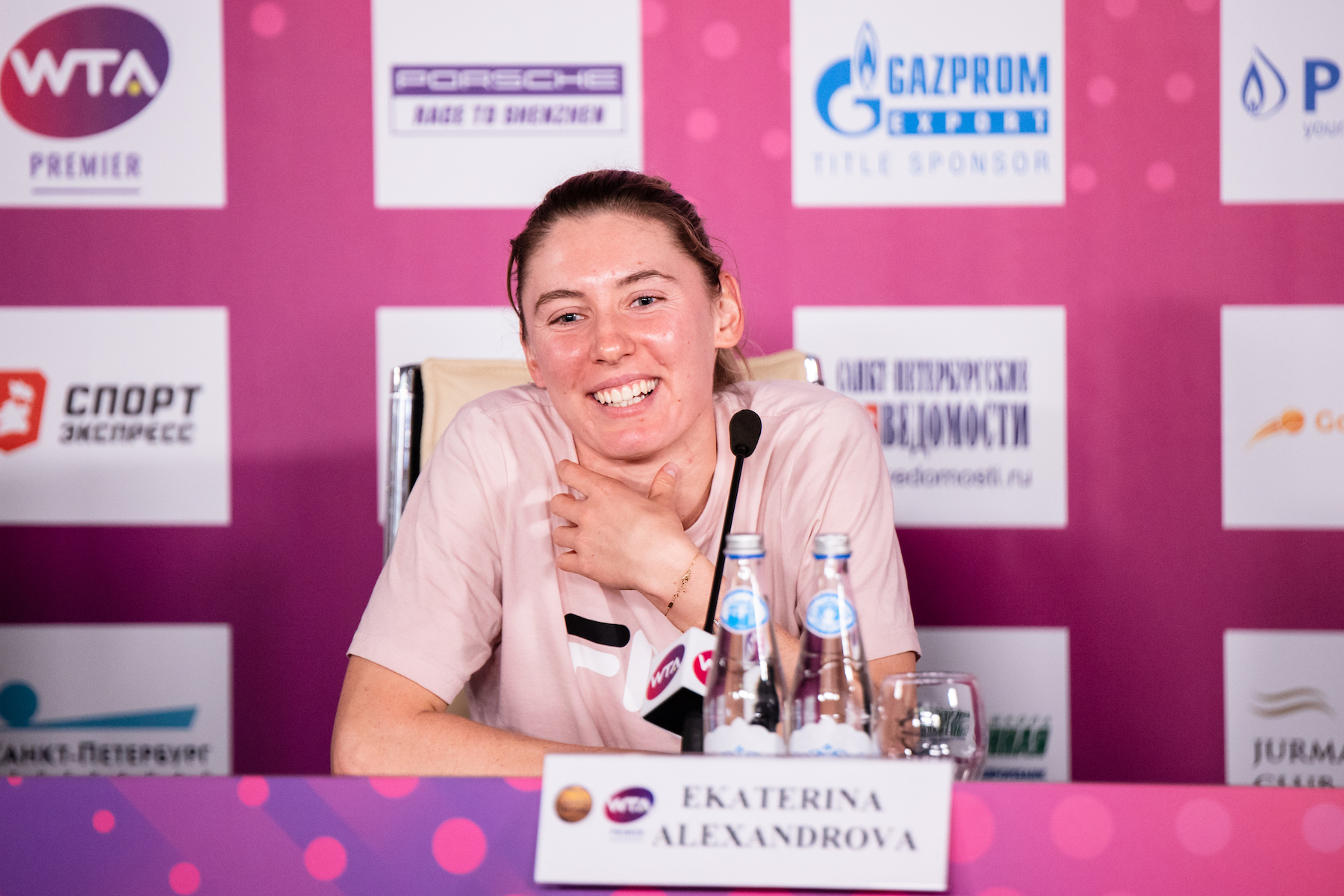 Petra Kvitova said at the press-conference said that you are a good girl. What can you say about Petra as a player and as a person?

I can’t say anything bad (laughter). We talk sometimes, she is a pleasant person, both on and off court.

What do you expect from the upcoming quarterfinal against Petra Kvitova?

I hope that it will not be as fast as in Melbourne. Then I just did not have time to understand what happened. I don’t want to make guesses, at least I’ll try to put up a fight. 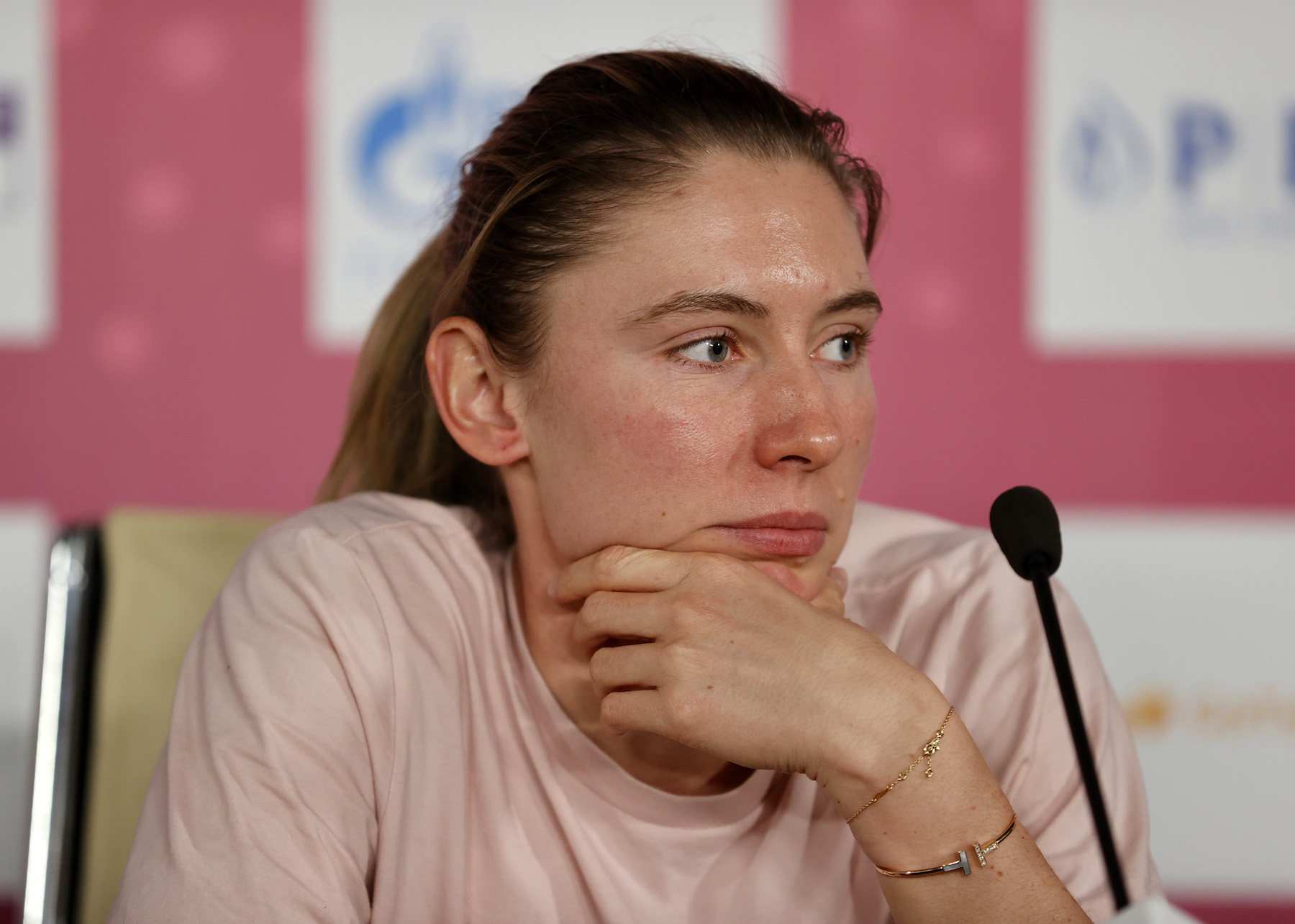 What exactly didn’t happen in Australia in your match with Petra?

She played very well on that day. At the AO I missed my chances at the very beginning of the match, and it was already impossible to catch up. She led 2-0 with a break and then felt confident and she played confidently throughout the whole match.

There is a feeling that now you are a more confident player than a year ago. How did you achieve that?

The more you play and win, the more confident you get. I began to play more consistently and began to feel it myself. With it comes inner peace which helps you to play on the court.

Have you worked with a professional psychologist or are you handling your emotions on your own?

I did not work with a psychologist, I try to cope myself, it is not easy. Sometimes you manage to keep up, sometimes you lose an important point, but you are trying to forget, no matter what happened, and you keep on playing.

There is a whole year ahead, that is why the Race doesn’t mean a lot at that stage of the season. Everything will change at leastten times. If at the end of the season I will keep such positions, then yes, it will be important. 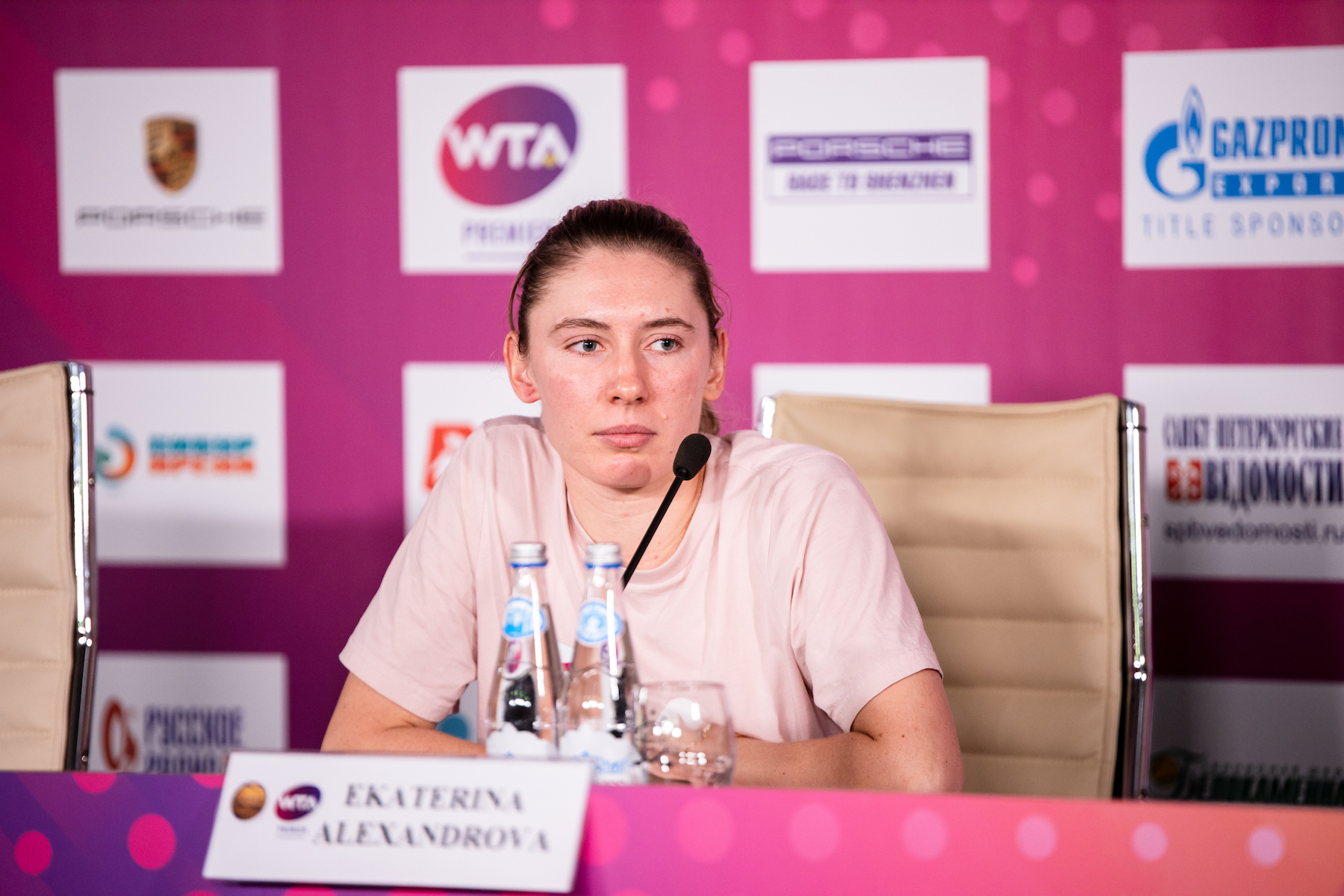 We finally found out who the opponents of the Russian national team in Fed Cup will be. It’s France and Hungary. Do you plan to play in Budapest if you get an offer to play for the national team again?

Of course, I will accept the offer. I have experienced an unforgettable hurricane of emotions during the match againstRomania. It is up to the captain to decide (whom to invite)!

Does the red thread on your leg symbolize something?

Rather, it’s just for myself, for good luck, so to say. You never know, maybe it will bring good luck (laughter).