Surprisingly it was a tough match for you today. What did Anastasia Potapova do to surprise you today? Or you expected such a fight?
I think it was a tough battle today indeed. I think she played well, especially in the second set. She just kept fighting and going for every shot. It was a tough match for me. I think I didn’t show my best tennis today, but I’m happy that I manage to win in 2 sets, don’t know how.
During the second set it seemed that you were physically a bit down and you even had some long pauses. Does it mean that you weren’t in your best condition and didn’t feel well or were you just tired because of the long rallies?
Yes, I think especially in the second set we had really long rallies, but physically I was fine. I just had to run a lot and the points were taking really a long time. She [Anastasia Potapova] is also just a great fighter on the court, so sometimes points were taking forever. I was just trying to keep hanging in there and after long points take a bit more rest.
You mentioned that from your side it wasn’t the best tennis today, but your drop shots worked perfectly well today. Were they part of your game plan or as it worked well you decided to use this shot it against her spontaneously?
I would say, they are always part of my game especially from the backhand. Once it’s working I just keep trying to do that. And I think it is important aspect of my game. 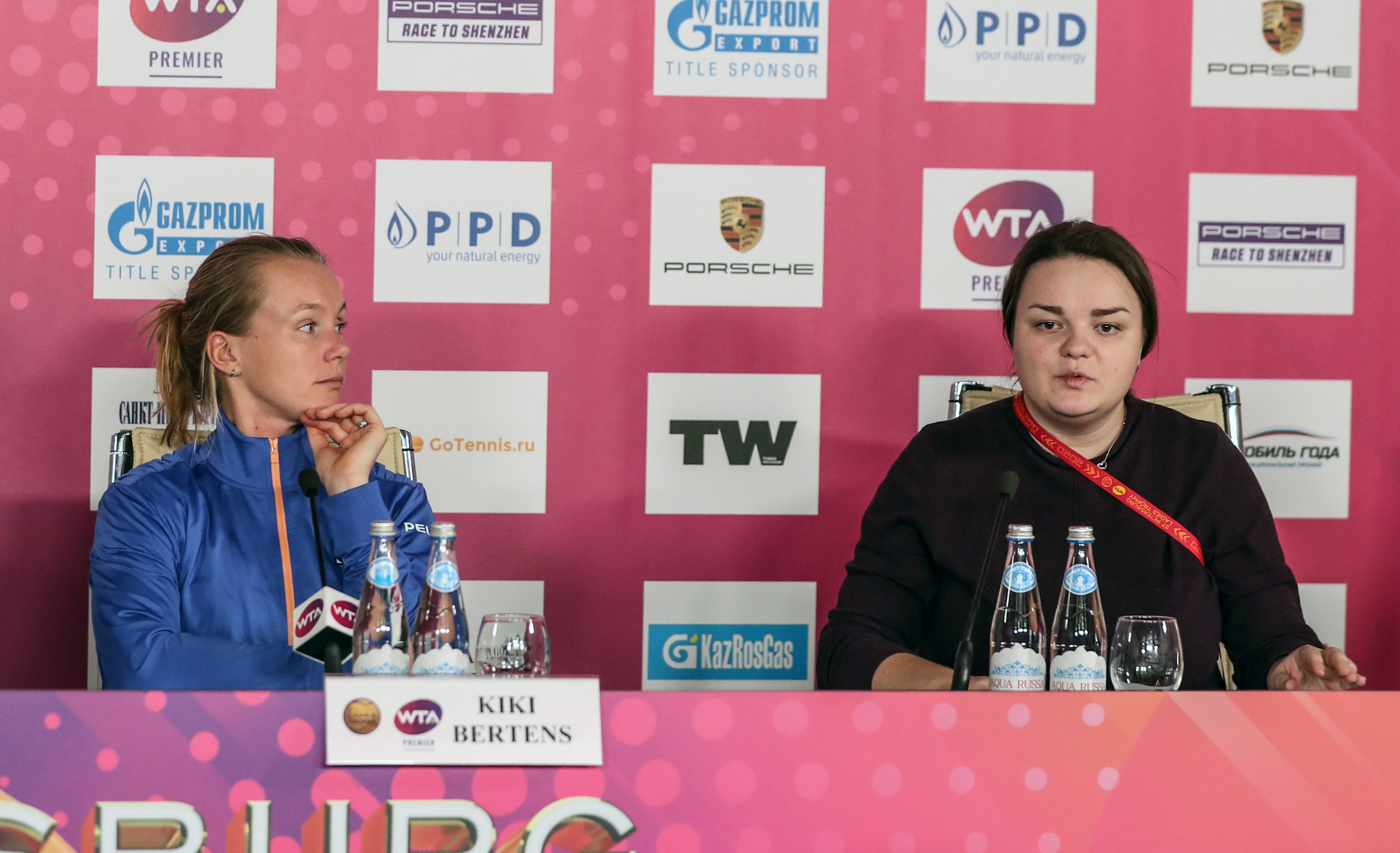 You saved 14 break points (out of 17) during the match. How could you comment on that? What were you thinking in order to do it?
I’ve just heard as yet that they were so many. I had no idea at that moment. Of course, I felt they were many of them, because I think my serve was not great today. My level of tennis just wasn’t there. I was searching a little bit for a rhythm to play aggressively, but it was not working really well. In the end, it was also about converting these break-points and she was not able to do that. I think I did something good today and I could be proud of it.
Your opponent is only 18-year old. What do you think about her level of tennis? Do you think that she is meant to become a top player in the future? And what do you think about her generation: who of them could reach the top level?
I think she [Potapova] is already playing really well. It was a tough battle today. Of course, she has a potential, I think everyone can see that. She is playing really aggressively, she moves well on the court as well. So who knows, for me it’s always tough to predict anything, but I think there is a good generation coming up.
What do you think about your next opponent [Ekaterina Alexandrova]? Will her extra day-off help her to win or, on the contrary, will be a disadvantage?
We will see tomorrow. I always like it for myself to just play match after match to stay in the rhythm, but everyone is different with that. It will be another Russian for me. I think the crowd will be against me again, but for me that’s all fine. I’m just going to prepare for tomorrow. I’m really a big fighter.