Congratulations on the win. It seems that the fourth game of the 2nd second set when you pulled off two passing shots was the turning point of the match. Do you agree with this or maybe you can call cite another key moment of this match?

Yeah, for sure. I mean when I broke back in the second set I felt more strength that I managed to turn the match around. But the positive thing is that now compared to before I can come back after losing set and a break. Before I couldn’t. It is a very important thing for me.

(Laughter). Thank you very much for that. I think everyone calls me “Spartan” because his is from there, he is from Sparta. And I think I fight like a Spartan.  I don’t really know how the Greek Goddess looked like… 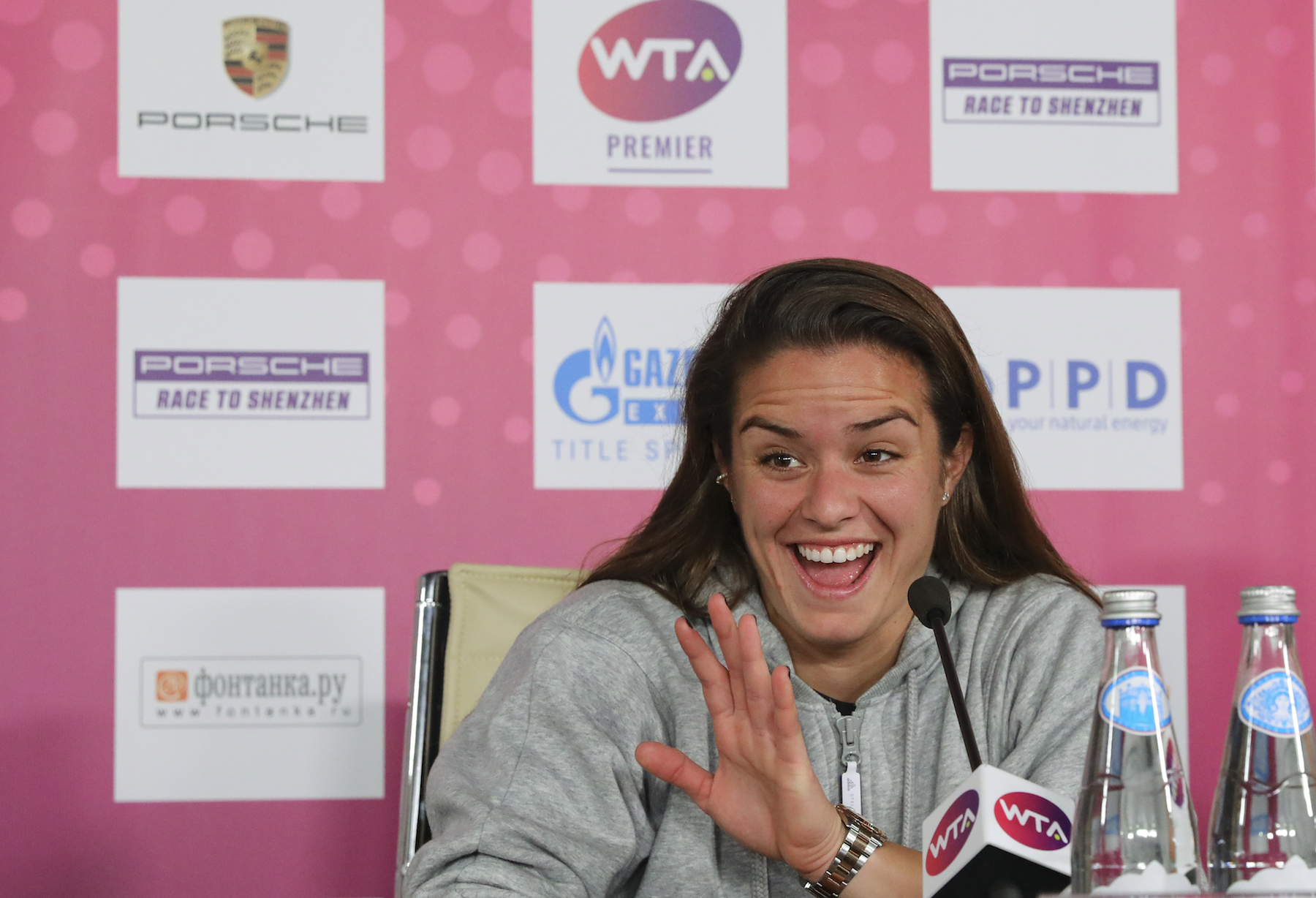 Like me? (laughter). Thank you. You boosted my confidence today.  I will say Aphrodite. We all know why, right? (smiles).

Because she was beautiful.

You said before you didn’t feel comfortable in indoor conditions and that you wanted to challenge yourself on the surface, did you owe her run to the semis to getting more comfortable with the court or the fighting spirit you had just described?

I still think it wasn’t the best surface for me. Even though I am in the semis. But you know my fighting spirit, I fought all these matches. I think in general I am quite deep in this tournament so I am really proud with the way I am fighting and can turn the matches around. And I really wanna keep it that way because sometimes it doesn’t really matter how you play if you have this fighting spirit and belief you can always come back.

It is a question about your support on the stands, there were couple of Greek flags there -could you, please, say who these guys are? And you said previously you love Moscow so much …

No, no. I love both cities. I like St. Petersburg as well. It is not like I love one more than another.

And about the fans. I think there were some Greeks who live here. And as I said on the court I know one of the guys. He used to play with me in juniors. I really don’t know what he is doing here. I heard he was speaking Russian…I am really happy they come to support me. 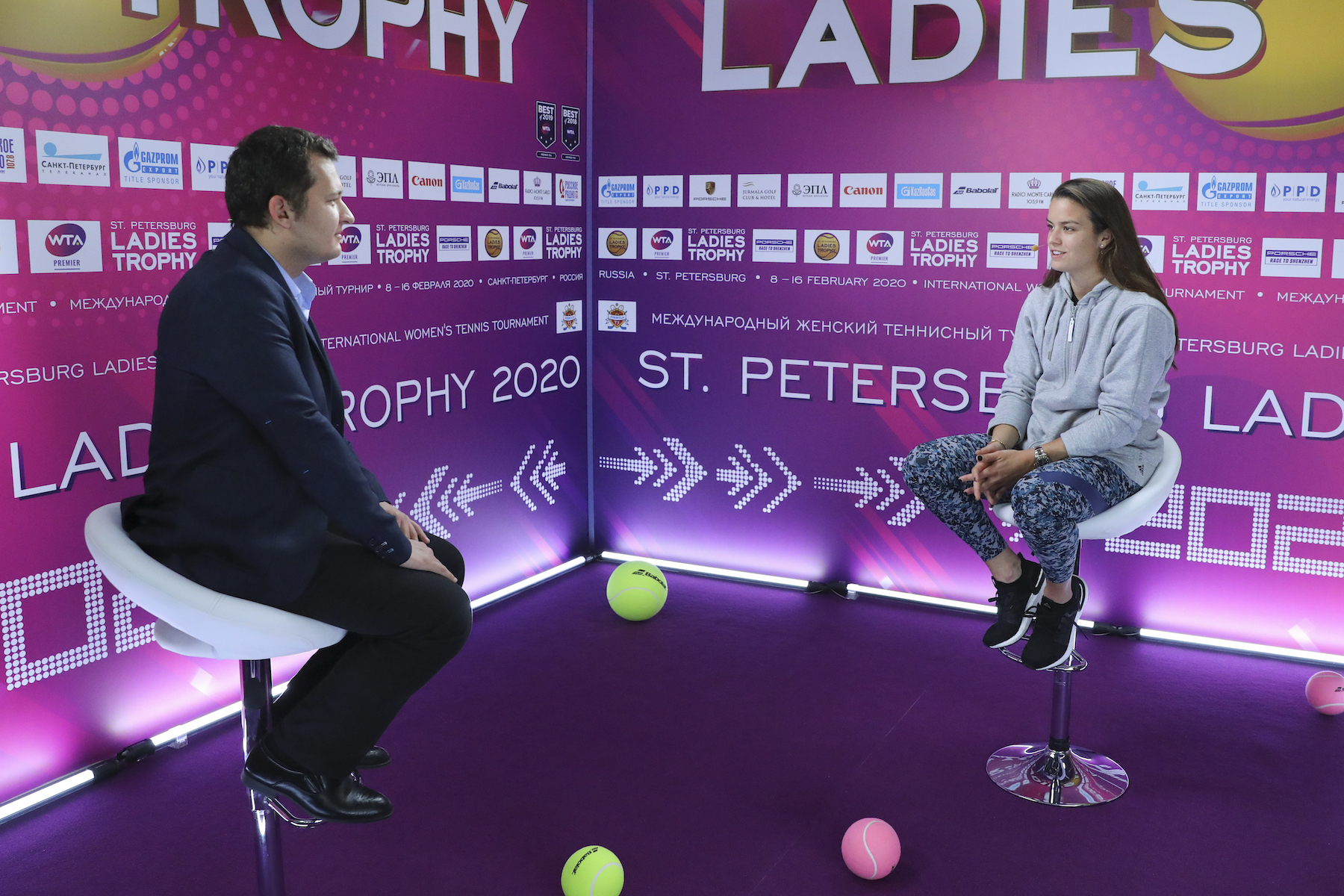 You said you fight like a Spartan and associate yourself with Sparta and for us Russians it really means a lot – Sparta and the region of Peloponnesus, so have you visited the historical sites or read some historical books?

I mean my dad was born and grew up there in the village half an hour away. We still have our summer house in there. We go there every year. I have been there many-many times since I was a kid.

We know you have a sister and a brother and it is obviously you are celebrity in Greece. Maybe your sister and brother a teasing you in a good way and say: “Here comes our big celebrity?”

Well, at the beginning it was a little bit weird for everyone when people came and ask for a picture. Sometimes they were joking about it, I think now after a couple of years they got used to it.

What do you expect from your next match and how does it feel to play against someone you’ve never played before?

I know she is a very good player (Elena Rybakina). She is a very big girl. She climbed up the ranking very fast. For sure it means a lot. I don’t want to be thinking about it now. I want to rest tonight and think about tactics tomorrow.