The organizers of St. Petersburg Ladies Trophy 2020 conducted a tour to Gazprom Arena for the tournament participants and guests. Despite her loss the day before the Croat Donna Vekic wanted to come to FC Zenit stadium. She was joined by Roland Garros-1997 champion, member of  the tournament directorate responsible for players relations Iva Majoli and titled Russian players Dinara Safina and Mikhail Youzhny.
The construction of the arena, which is around three times larger than the Red Square in Moscow, as well as its infrastructure impressed the guests. The football pitch is equipped with a special heating system, the roof is pulled over the stadium in winter. Gazprom Arena which hosted matches of Confederation Cup-2017 and World Cup-2018 is being prepared for the Euro-2020 to be held this summer. 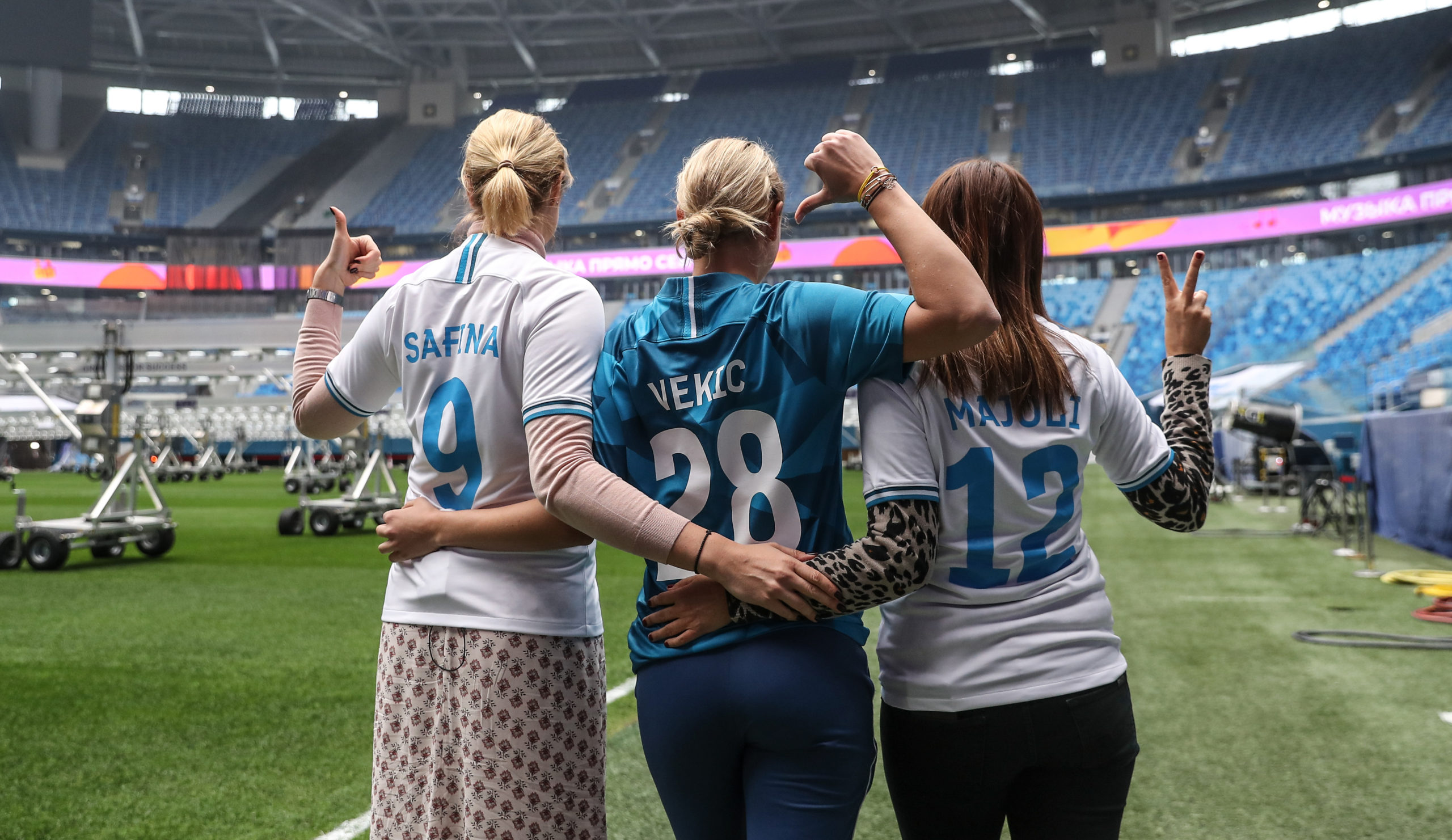 After the tour around the stadium, the guests proceeded to FC Zenit official store. Special exclusively named jersey were presented to tennis players who could choose their favorite numbers on the back. Donna Vekic chose the figure 28 (her birthday), Dinara – №9, Iva – №12, and Mikhail Youzhny, being a CSKA fan, tactfully refused the gift. “My transfer should be discussed with Evgeny [Giner, PFC CSKA Moscow president]”, – Mikhail joked. 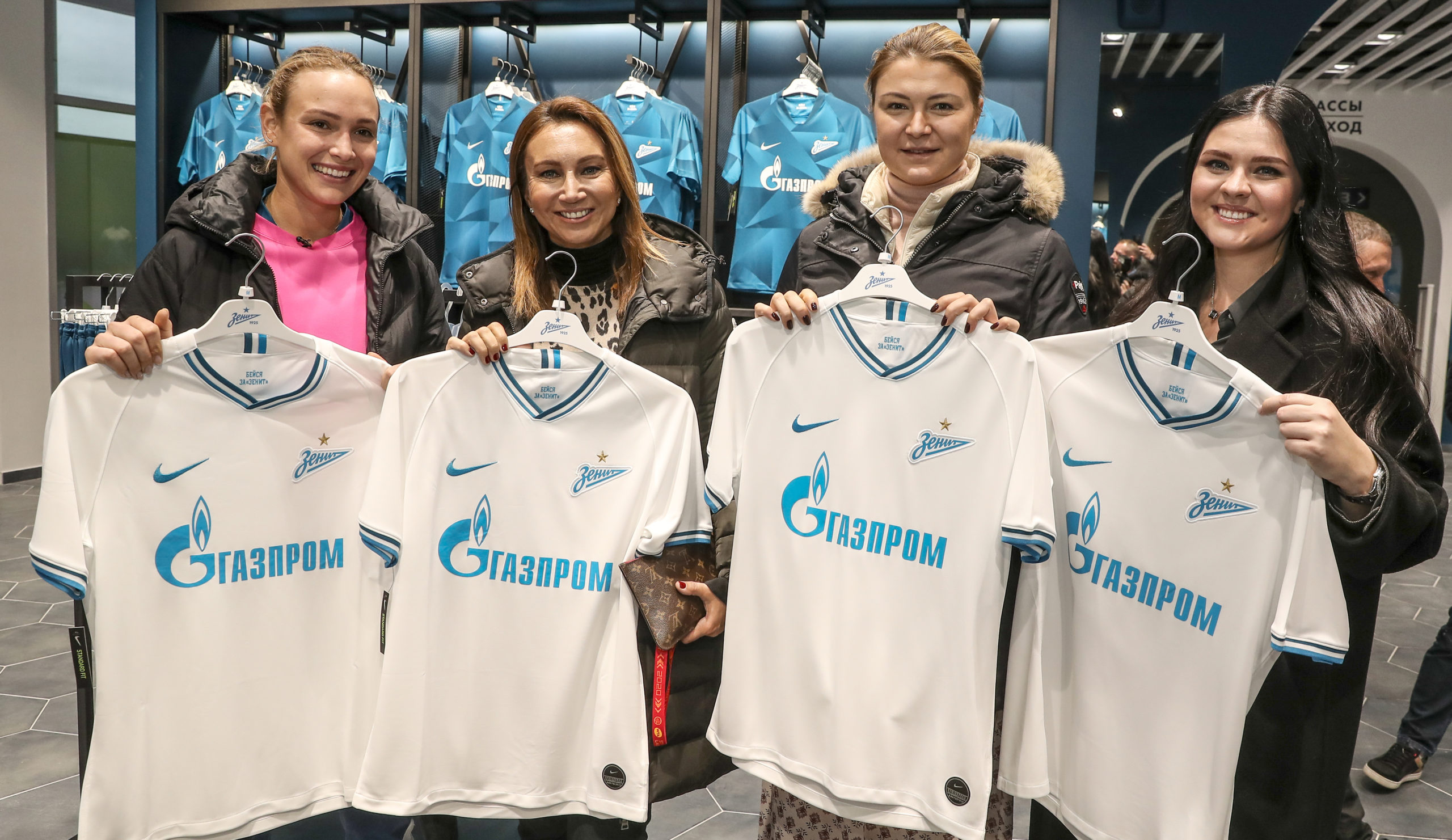 Donna said that two years ago in the middle of tennis season she followed World Cup-2018 matches – her countrymen reached the finals of the event. When asked about her favorite football club, Vekic called the name of “Real Madrid” right away  immediately and a few seconds later added “Zenit”. The guests had a lot of fun, taking photos and then came back to SIBUR ARENA. On Friday, 6 P.M., Donna is to answer questions from the crowd during Tennis Talk and then will give autographs.