Katya, what went wrong today? Why were all three sets so different?
I think, the beginnings of the 1st and 3rd set weren’t good for me. The problems with serve and unforced errors were key. It was so hard to break the opponent’s lead.
Could you take credit n reaching the semis in St. Petersburg?
Of course, the week was successful. Too bad I lost but I need to keep on working.
Did you have time to discuss the match with your team?
Not yet. We haven’t discussed it. We’ll do it later.
Did the walkover and the day without a match help you or not?
It’s hard to say. I try not to think about it. Just play day by day.
What’s your prediction for the final?
I think, Rybakina can win. She plays so well now. If somebody can beat Bertens, it’s definitely Rybakina at this point.
Kiki said at her presser that you stopped believing in yourself at some point of the match. Was she right?
It’s hard to believe in yourself, when you are down 0/5 in the 3rd set. There were different moments, sometimes you can overturn the match. There was a bad start of the 3rd set. And I made a lot of unforced errors at the end. It was so disappointing for me. So I didn’t manage to cope with it.
The match was so emotional for you. Did you feel tired?
Of course, I was tired, but not so much tired that I couldn’t stand on my feet. The match was really emotional. When you don’t show your best tennis, you are like making everything wrong, making errors. It is disappointing. But it’s just the beginning of the season, there will be a lot matches and opportunities. 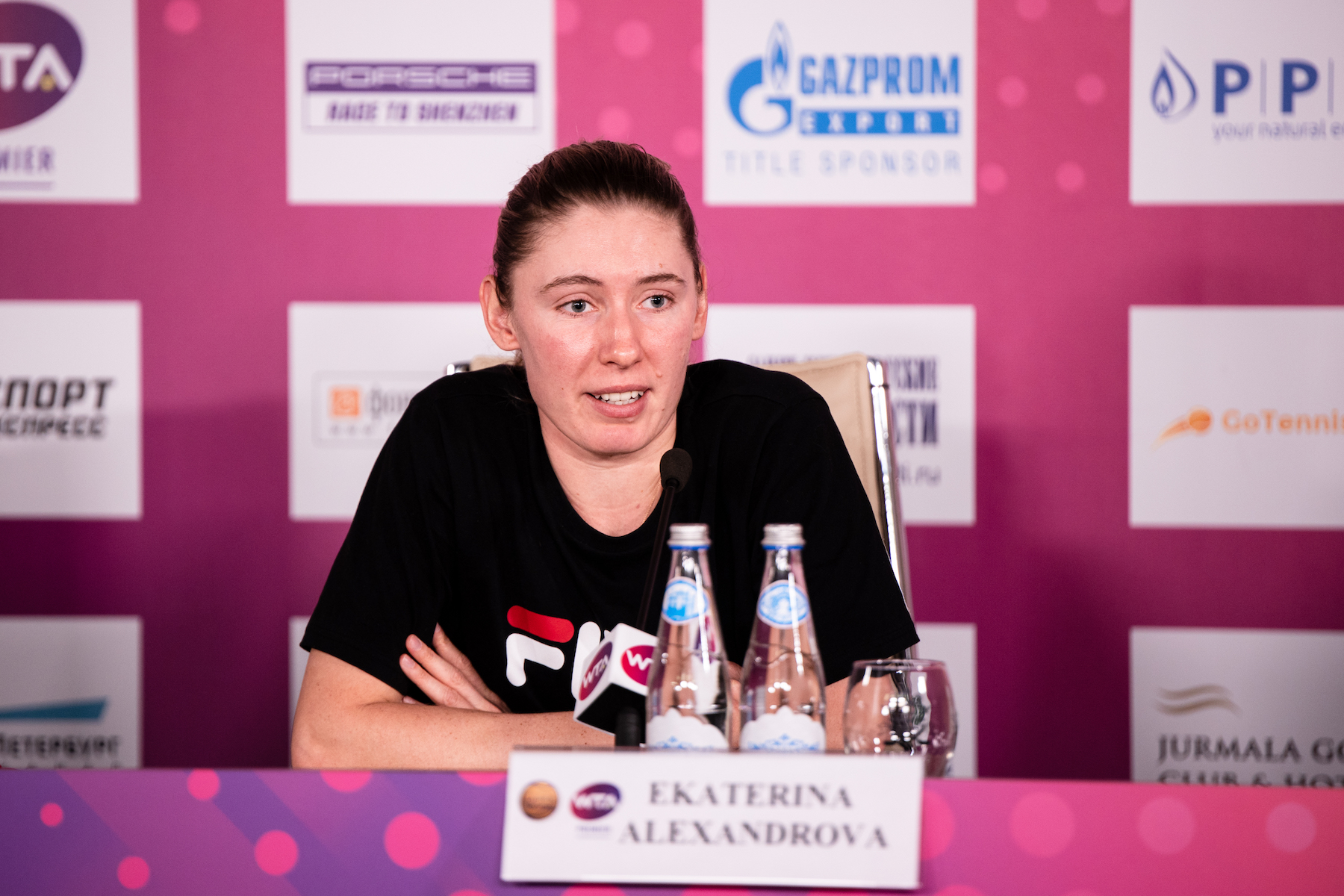 Did you have any goals for St. Petersburg Ladies Trophy 2020?
I try not to have any goals. I just knew that I’m coming for a reason. When I saw the draw, I thought that nothing would go well for me. But still I reached the semifinals, so it’s really good.
You lost to Kvitova in Melbourne and Bertens here. Could you say that it’s especially hard for you to play against aggressive players?
Bertens played differently from Kvitova. Petra played close to the baseline. Kiki made a lot slices, played a lot to the middle of the court. I thought that she would play more aggressively but I was wrong.
Have you watched your matches and do you notice your errors?
I notice errors, but don’t watch matches. Sometimes I am forced to do it. But I try to notice errors without watching matches.
How will you recover from tough last weeks?
There will be few days for recovery, massage and practice, but not high intensity, just light.
Do you feel additional pressure and attention being Russian No.1?
Everybody tells me about it. But it’s strange, isn’t it? I try not to pay too much attention on it. I focus on my game. If you think too much about it, you can have more pressure.
Did you notice any special fan in St. Petersburg, who supported you a lot?
I don’t know. The crowd was really great at all, and I’m really thankful to everybody for this support.