Could you just comment on this match, because you had a very good first set, the second wasn’t too good for you, and the third was kind of a roller-coaster, wouldn’t you agree?

I think I started the match well – 6/1, 2/0, no complaints about that I would say. Then there was one really bad game on my serve, then 2 also not so good games. I think at that moment she started to believe in herself again. In the third set I was just trying to focus, to stay in the match from the beginning of the set. Her serve wasn’t working so well in the third, so I was a little bit lucky with that. Then I think she stopped believing that she could win the match.

Elena Rybakina, who did her press-conference earlier, recalled the match you two played on the grass tournament. Do you remember this match against Rybakina on grass and what do you expect from tomorrow’s finals?

Yes, I remember that one. It was at my home tournament in the Netherlands. It was a semifinal. I think I played a solid match there. Of course, it was grass and it’s totally different, but I think she liked grass court more than I do maybe. For me tomorrow is just another match, another final, which I really want to win. So I’m just going to rest well today and prepare as well as I can for tomorrow. She is a tough player; she is playing really aggressively, keeps on fighting on a court, so I have to be ready. 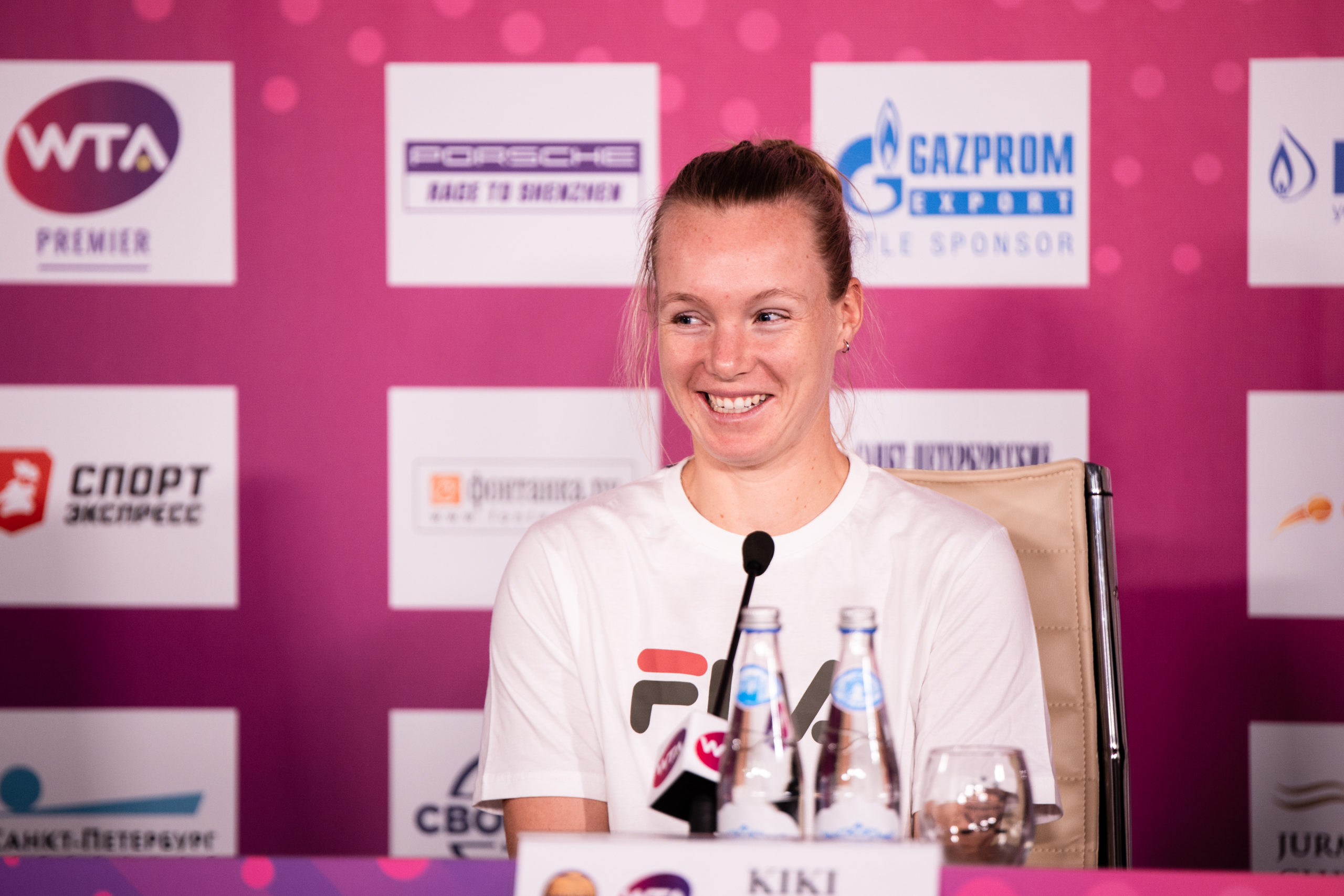 Do you have any kind of mental training or mental drills which help you to stay calm and keep concentrated? So many players unlike you can’t do it and give up, because they are not well-prepared mentally.

Thanks for the compliment (laughter). I don’t know if you could see that today, but I was really struggling today and also yesterday. You just have to focus on how you want to win this match. As for me, I had training in the past with that, but I haven’t done that in three years now. I just know deep inside myself what I have to do to win matches and I just like to think about that.

Looking at the draw of the tournament in Dubai, you play Kim Clijsters, and, as you know, she is making a comeback. What do you think about this new trend of former champions coming back to the tour? And what do you expect from that match?

It’s gonna be a tough one, but I don’t wanna go ahead of that. I just want focus on my final tomorrow. Lots of respect for her. Of course, there are ladies who are trying to come back. I think it’s really hard after giving birth to 3 kids. She has already had her comeback before, now it’s a second time, so I have only respect for her. It’s great to see her again. I was kind of a dream for me to play her once. I said at the beginning of this week: “I think I’ll play her next week”, and it’s came out, so let’s see. 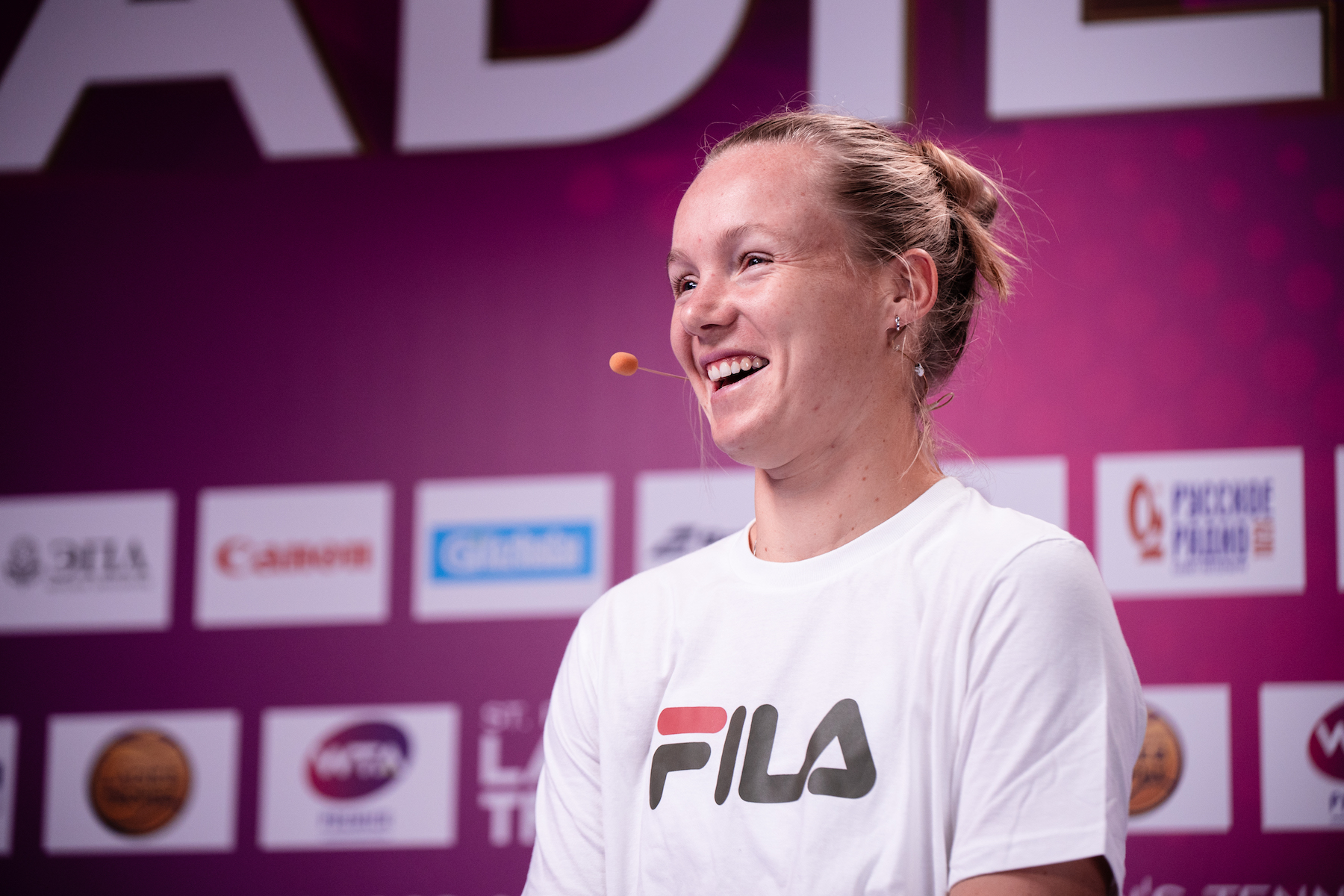 How do you manage to stay mentally fresh for so long, taking into consideration that you have been playing here for a while and then will go straight to the tournament in Dubai?

I have no idea. I don’t feel mentally fresh. Maybe you could see it on the court already. It’s a tough challenge every day I would say. Every day I keep on saying myself: “Ok, just focus on the win today, try to do everything to win this match, and tomorrow we will see again”. I just give everything to this final and then afterwards we will see again what’s happening.

You have already beaten 3 Russian players. Tomorrow you are going to be playing against a former Russian and a Russian speaking player who is playing for Kazakhstan right now. Can we say that you found a secret recipe to beat Russian players?

Well, I just want to win. I think that’s the key. Maybe I play a little bit better when the crowd is against me. But for me it doesn’t really matter, who is on the other side. I think it’s just a coincidence that I played 3 Russian girls in a row. Hopefully, I can have another win tomorrow.

It looks like you have some kind of visionary skills, you forecasted the match against Kim Clijsters and it came through. Maybe you also forecast coming here and win the finals?

Of course. I see myself holding the trophy tomorrow (laughter).