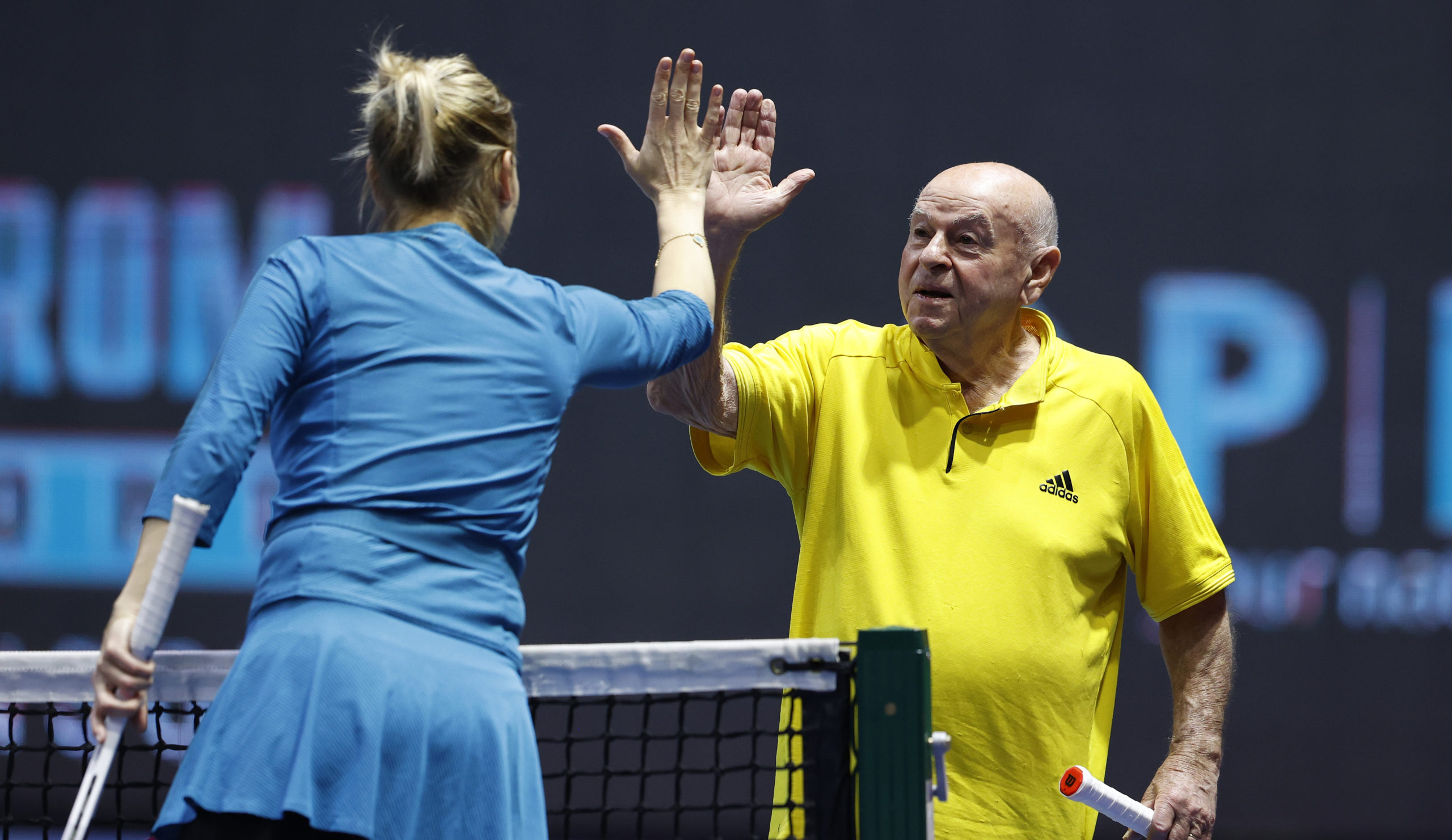 Olympic champions Elena Dementieva and Elena Vesnina found themselves in the so called “Group of death”. St. Petersburg Ladies Trophy 2019 runner-up and participant of the current edition  Donna Vekic joined the Russians in this group. The Croat in duo with General Director of the tournament Alexander Medvedev finished first in their group. The closest match was played by Medvedev/Vekic and Dementieva/Kamelzon. Alexander and Donna won the tough tie-break – 7/6(5). 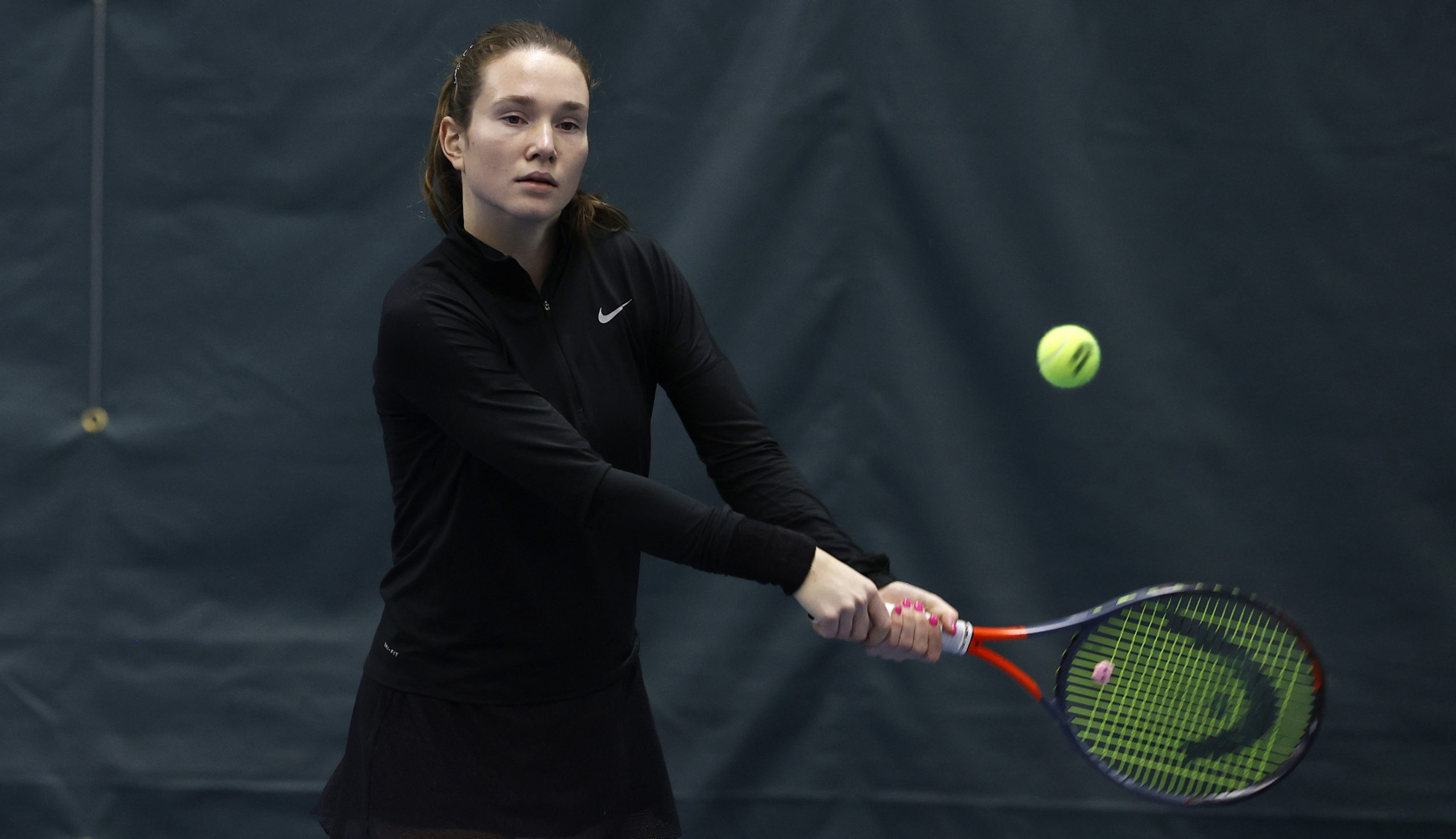 The winners of group 1 and 3 continued their successful run in playoffs. Medvedev and Vekic defeated Boro Maletic, Donna’s and Iva Majoli’s friend, ex-world No.1 Dinara Safina and another Russian player (Zhanna Panfilkina) 6/4. The president of OJSC «Council for Tourism and Excursions of St. Petersburg» Ivan Nikiforov and the Russian player Ekaterina Shalimova beat St. Petersburg’s vice-governor Vladimir Kirillov and Roland Garros-1997 champion, member of the tournament board responsible for players relations Iva Majoli – 6/1. 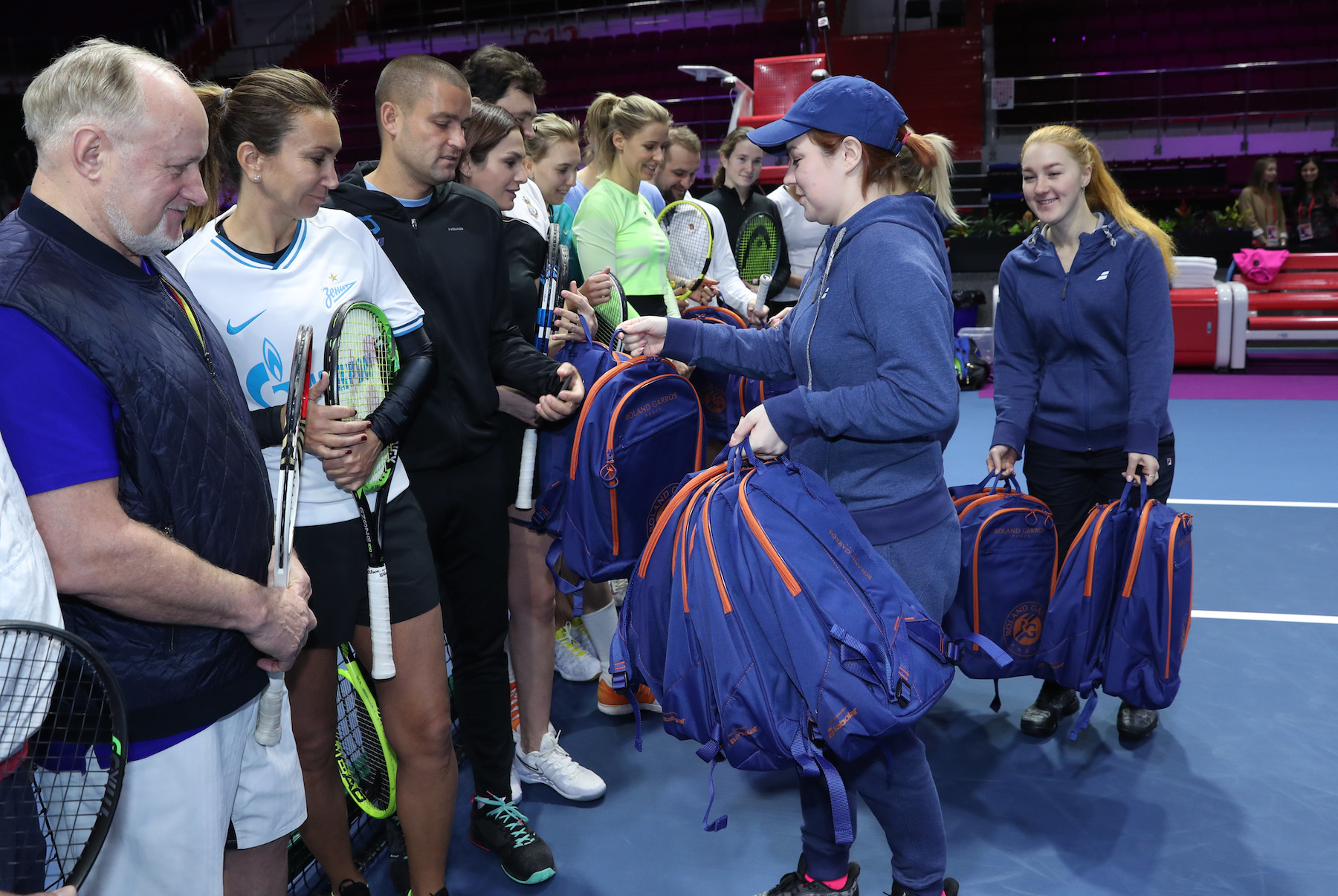 The final match featuring the duos Medvedev/Vekic and Nikiforov/Shalimova will be played on the center court of SIBUR ARENA on Sunday, 10 A.M.