Pyotr, how did your musical career begin? How did you manage to combine such opposite things – a classical accordion and your modern musical style?
By trial and error, after many experiments, I was able to find my own style. My musical career began when I was four years old; I played in two bands – one was an alternative band, another one – punk rock. I was playing bass guitar at that time. Then I decided to combine all this with the accordion, and in the end I got the composition. Probably even two compositions. I went on my first tour to Italy, it was called “Nine Basses.” And during this tour I realized that people really like it.
A musician, like an athlete, hones his skills every day. Can you compare the processes of formation of outstanding professionals in these two spheres (music and sport)? Are they alike or not?
Of course, these two spheres are alike. Both athletes and artists work a. This is about the same thing. These are day to day affairs.

Is it anything more than just a routine?
There is a drive, movement, creating of your own game in sport. There is a composition in music. Through music and sport goes realization of emotions. And the most important thing is euphoria. If what we do were a chore for us, I wouldn’t have worked a single day. Honestly! You have to be a fanatic to do anything! People who create something should love their work. If they do not love it, then at some point they will simply break down.

Tell us how is your life related to tennis?
I play tennis with friends. I wake up in the morning, get ready and go to the court, where I train. But here, of course, I won’t be able to beat anyone, although I would certainly have fought (laughter). I’ve been playing tennis for seven years now. But there are still no victories. In general, I follow tennis, there are several players whose game I like, but I can’t single out one. 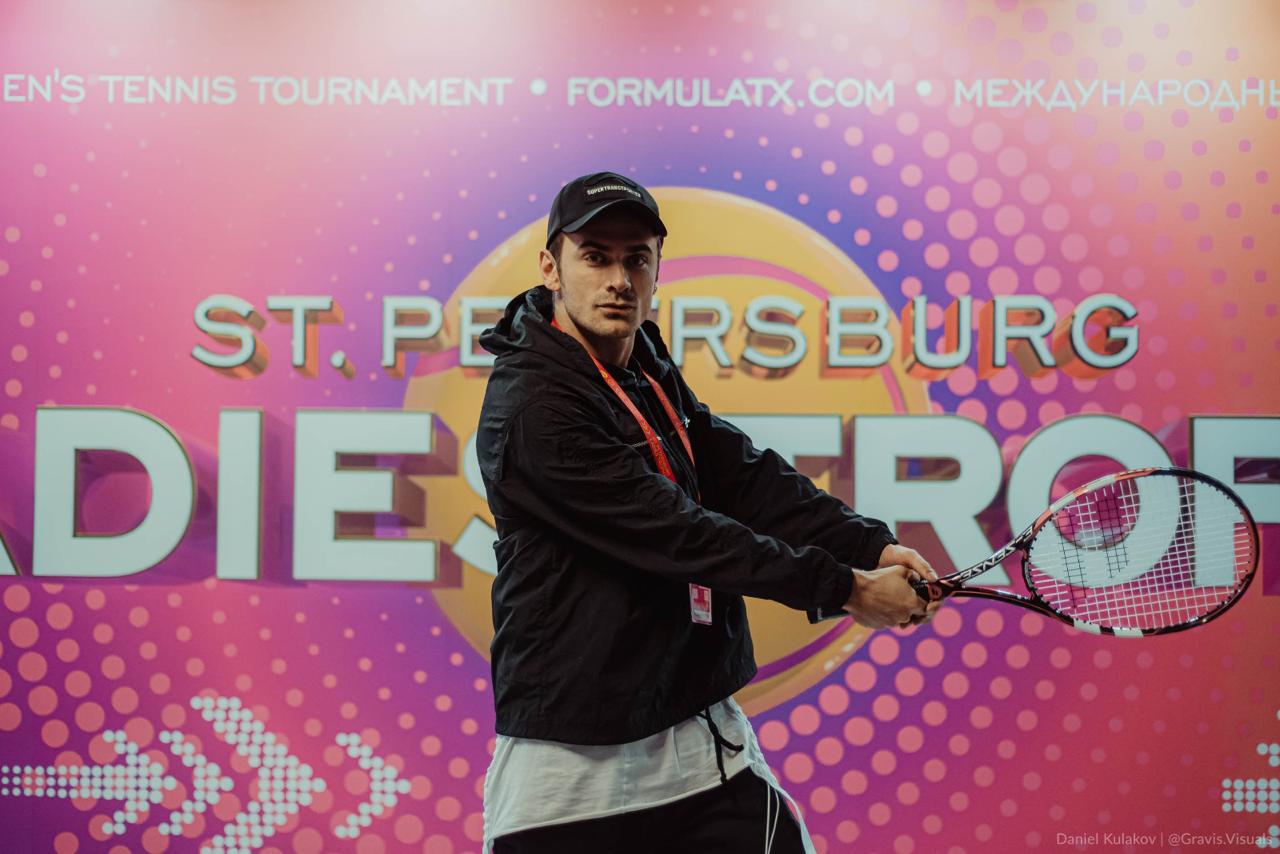 Were you surprised with the invitation to perform at St. Petersburg Ladies Trophy 2020? Somehow it is a sports event…
I noticed sport is often combined with other original genres. Most commonly it refers to the big events. The artists who are performing want to give their energy to the crowd. Our band is famous for that. Especially the instrumental music is quite popular at sports events. It is not a wedding or a private party or a usual concert. It is an event for people who devoted their lives to the sport.  For sure the script of the show is supposed to have a lot of surprises for spectators. If I were a producer I would chose instrumental music as well. The fact I am performing here is rather logical.
What should spectators expect tomorrow?
I don’t want to show our hands. But what can I say: you haven’t seen such Dranga yet! People will hear several compositions prepared for this performance which I don’t have in my usual show program. Moreover tomorrow you will see new collaborations on the stage.  Sports and music will become one amazing show!