The final match of the Pro-Am tournament was played on the center court of SIBUR ARENA. Alexander Medvedev and Donna Vekic played against Ivan Nikiforov and Ekaterina Shalimova. The teams had a chance to make a substitution. St. Petersburg Open 2004 champion Mikhail Youzhny joined the duo of General Director of St. Petersburg Ladies trophy and its’ last year runner-up, while Olympic champion-2008 Elena Dementieva helped the president of OJSC «Council for Tourism and Excursions of St. Petersburg» and 19-years-old Russian tennis player. 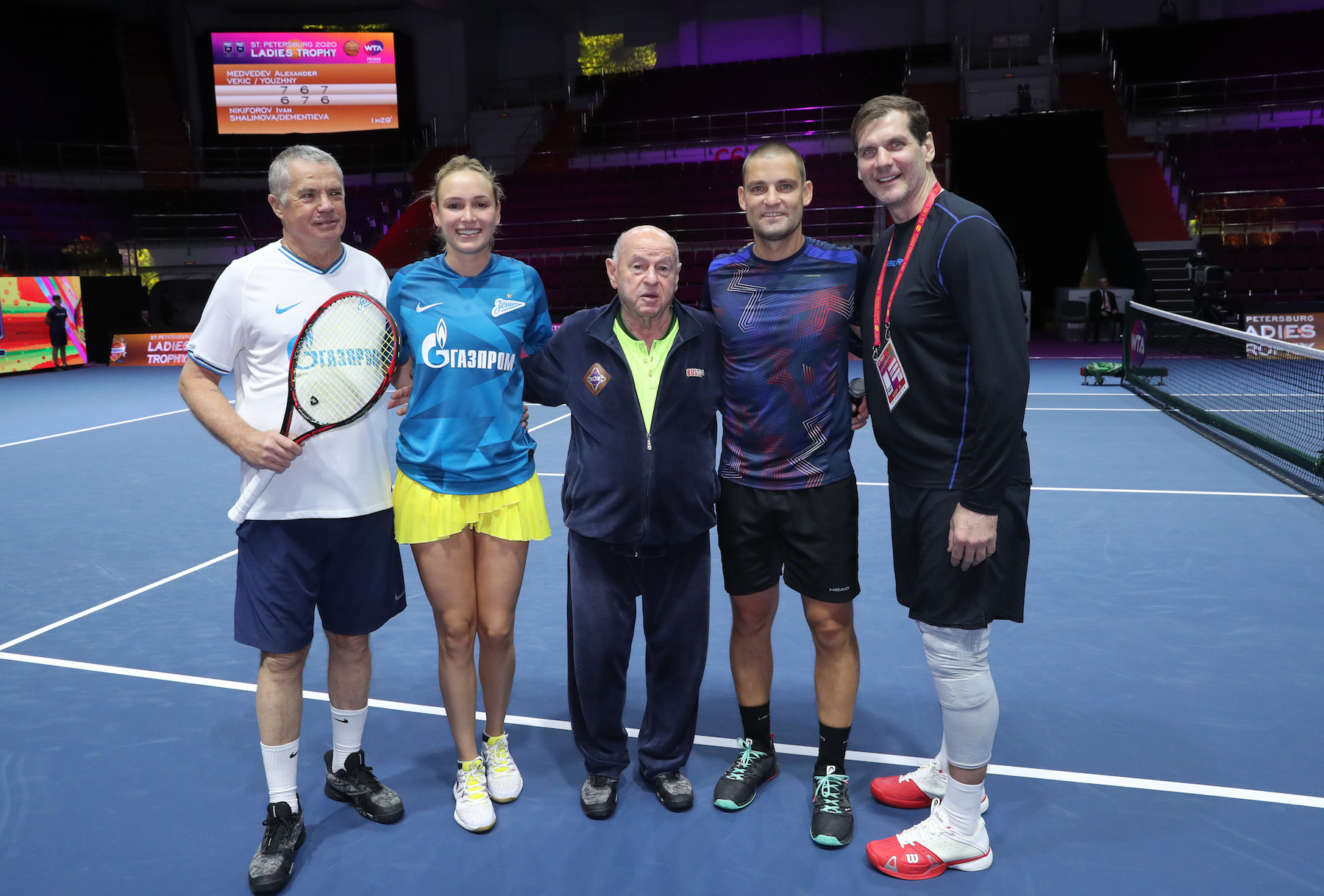 The final was great. The opponents played three sets, each of them was decided upon in a tie-breaker. At 5/4 in the 2nd set Medvedev-Vekic-Youzhny failed to serve out. Then Nikiforov-Shalimova-Youzhny were one break up in the 3rd set, but couldn’t close out the match at the same score. Alexander Medvedev played great at the net, finishing points with volleys. 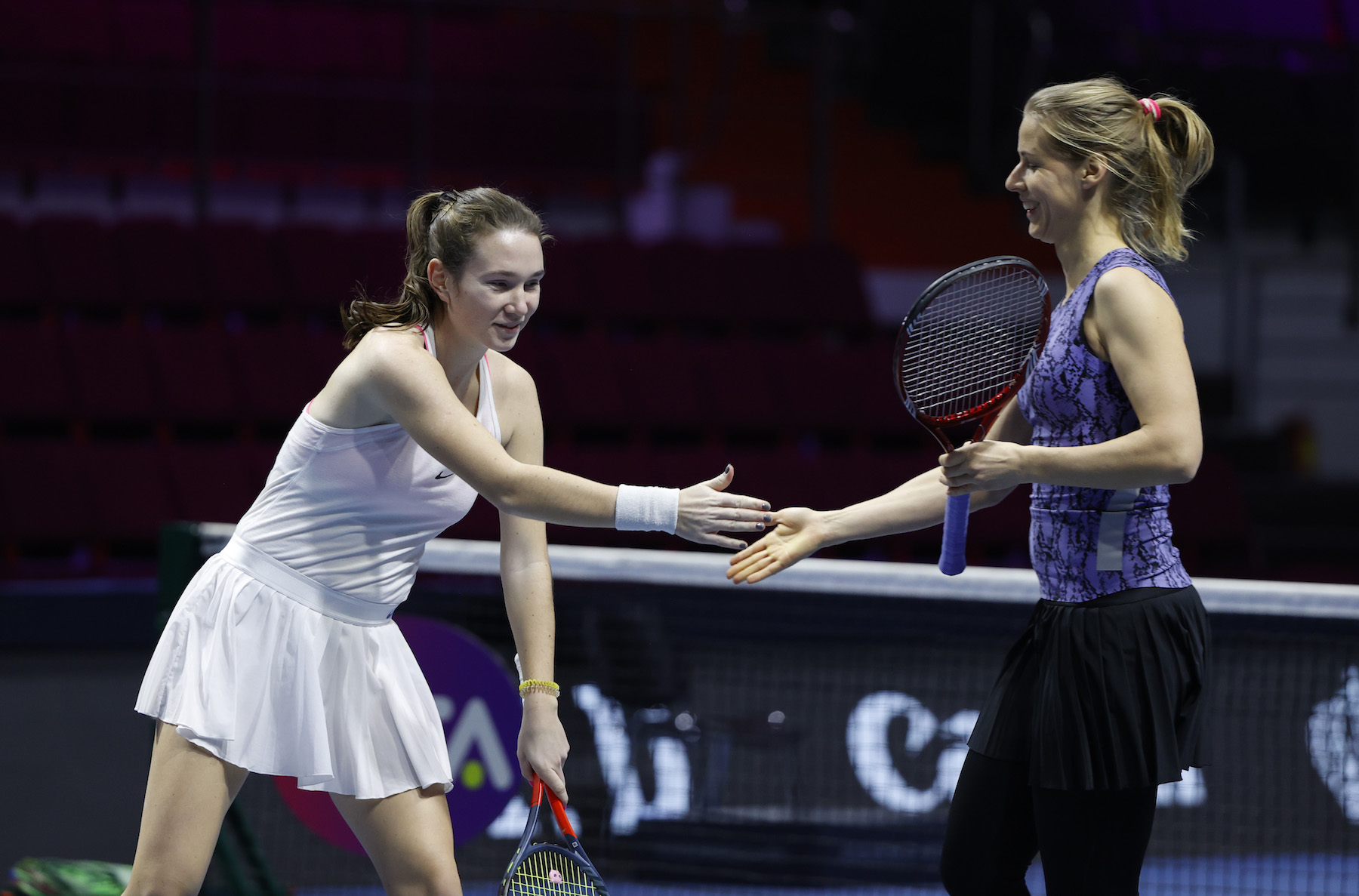 In the decisive tie-break Medvedev-Vekic-Youzhny were leading and converted their second match point – 7/6(3), 6/7(4), 7/6(6). The winners and runners-up were presented with trophies by Master of Sports USSR, Honored coach of Russia and Ukraine Vladimir Kamelzon and Honored Master of Sports Russia, world champion, two-time Olympic medalist Alexey Yashin. Elena Dementieva and Mikhail Youzhny will play later in the Legends match before the doubles and singles finals: Dementieva/Vesnina coached by Medvedev will take on Majoli/Safina coached by Youzhny.