The final day of the 5th jubilee tournament St. Petersburg Ladies Trophy 2020 started with the exhibition match of tennis legends, which has become a good tradition of competitions in St. Petersburg. Iva Majoli, the Roland Garros champion of 1997 and member of the tournament board responsible for players’ relations, and Dinara Safina, former world number 1, formed one team and they were led by the favorite of St. Petersburg’s crowd Mikhail Youznhy. The second duo was also rather impressive: the Olympic champion of Rio de Janeiro in doubles Elena Vesnina and the Olympic champion of Beijing Elena Dementieva teamed up for this match. The team captain was Alexander Medvedev, WTA St. Petersburg Ladies Trophy Director General, Zenit FC Director General, Advisor to the Director General at Gazprom Export. 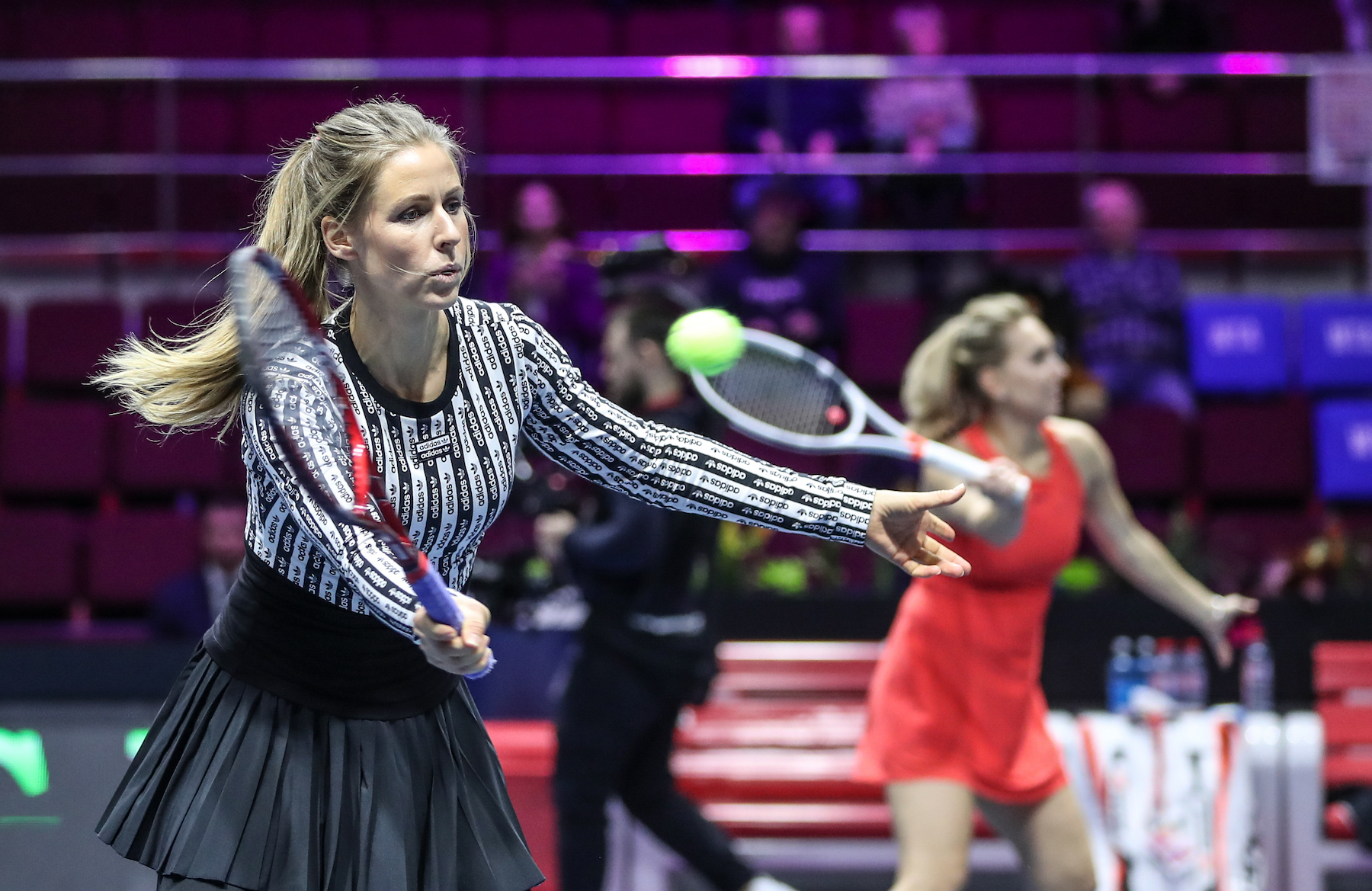 Despite good mood and pleasant atmosphere it was clear no one wanted to lose. That is why from the first shots during the warm up everyone could notice that our tennis legends have unstoppable spirit! Alexander Medvedev said: “We have a principle: the result comes first, and beauty comes after!”, though looking at the two beautiful Elenas this principle didn’t seem etched in stone. 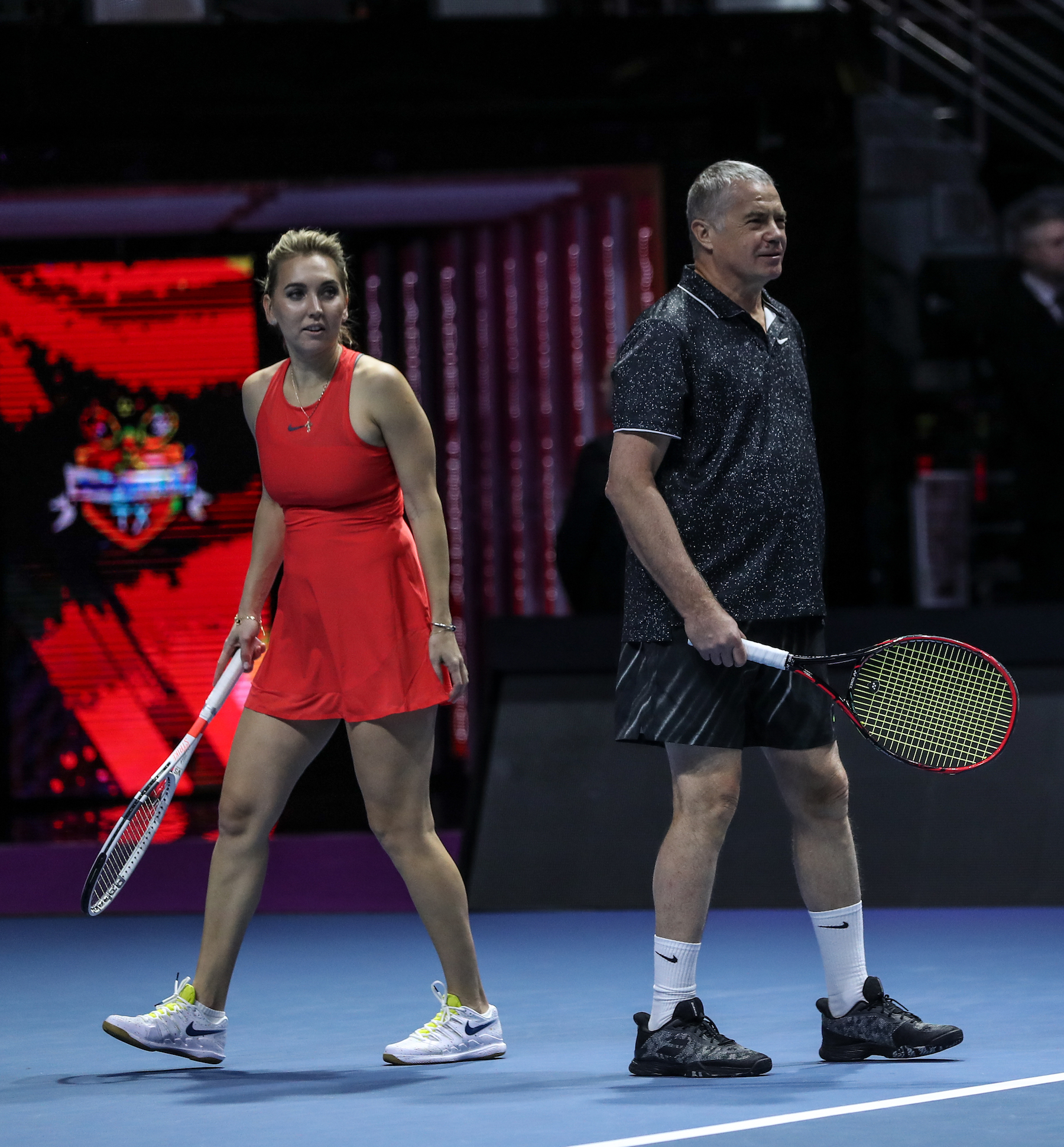 Spectators of SIBUR ARENA became eyewitnesses of tough and long rallies, interesting combinations. At first both teams couldn’t hold games on their serves (2/2). But after that Youzhny’s team was up – 5/2. “Misha Youzhny is all we need”, – one of the fans shouted from the stairs. But Elena Vesnina answered: “Now I will change the situation”, and in fact she fired an ace and even the score – 5/5. 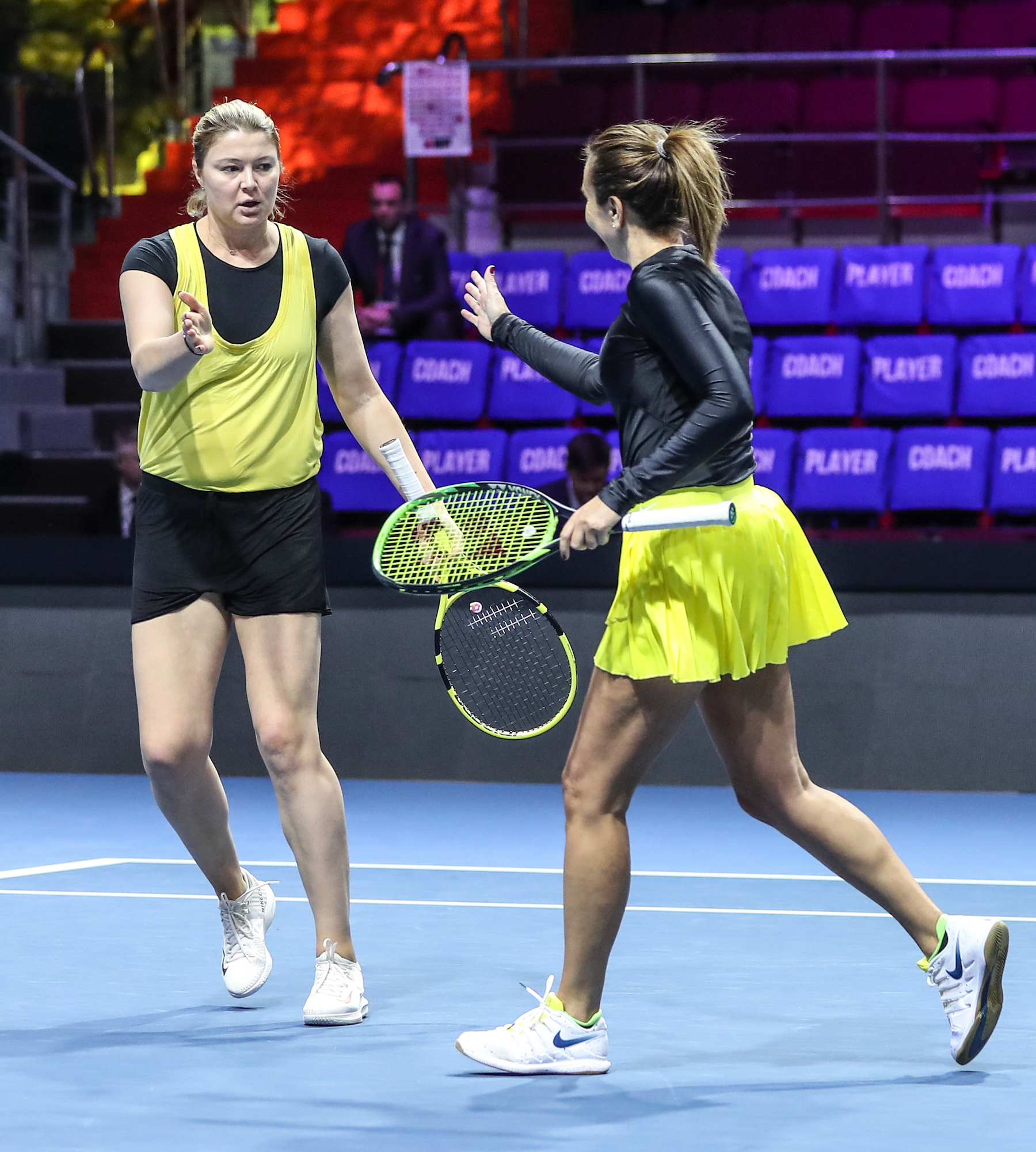 As the time of the doubles finals of WTA St. Petersburg Ladies Trophy 2020 has come, the match on the center court ended in a draw on a friendly accord.
You can watch live broadcasting of matches here https://tv.formulatx.com/. The broadcasting is available only in Russia.