EKATERINA ALEXANDROVA: “IT’S NOT MY FIRST TIME HERE, SO NOTHING HAS CHANGED FOR ME”

– You are the top-seed and for the first time in such a role at this tournament. How do you feel about it?

– I can’t say that I feel somehow differently. This is not the first time I am playing at this tournament, and nothing has changed for me. Being the top-seed feels the same as when I played qualification here. Maybe there is a bit more pressure than usual, because I don’t like starting a tournament as a first or second-seed, as everyone tunes in to you a lot more versus when no one knows you. But overall, I hope everything should go well.

– Could you comment on your performance this season: at the tournament in Melbourne you had a good victory over Simona Halep, and then lost to Kaia Kanepi. What can you say about these two matches?

– I started the season pretty well. Kanepi played not at all the way Halep played. It seemed to me that Kanepi was in a good shape, and it was hard for me to do something against her. She was hitting the ball really hard, hitting the lines all the time. I didn’t really have a chance to impose my game. Maybe there were some chances in the second set that I didn’t use, but overall, I think she played that match very well. It was hard to do something against her.

– Is there anything positive that pandemic has brought to you? Have you learned anything new during the pandemic? Have you changed anything in your game?

– I can’t say that I have changed something drastically in my game. Maybe I’ve changed a couple of elements, but nothing fundamental. I didn’t notice any essential changes in my tennis and in everything around it. Perhaps I began to appreciate more every tournament and every match that I have to play. When at some point everything stops abruptly, and you don’t know whether you can play or not, you start to appreciate every game, every tournament much more, when you have a chance to play. 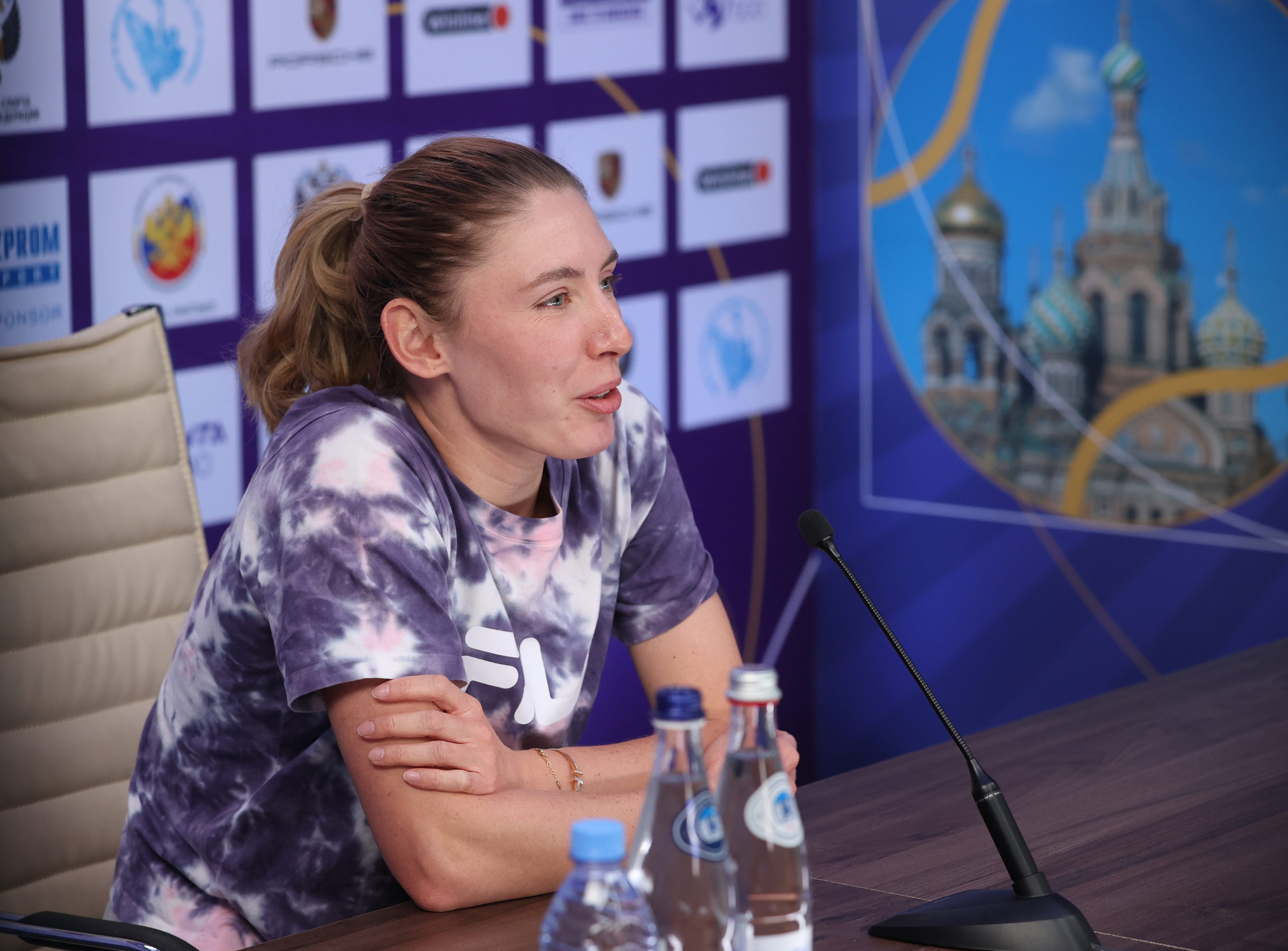 –You’ve traditionally performed well here in St. Petersburg: you reached the quarterfinals in 2019, and you were in the semifinals last year. What are your goals for this tournament?

– I try not to think too far, I try to play match after match. But, of course, I would like to at least repeat the result of last year and I will do everything to improve it.

– How do you feel about being the top-seed here? And what can you say about women’s tennis in general?

– It is hard to answer the question about tennis in general. I actually like playing in St. Petersburg, I like the court and the stadium. And I am not alone – all the players appreciated the good conditions. It is great that so many Russians are present in the draw.

– Ekaterina, this question concerns your last three losses – you lost to Ashleigh Barty, then to Clara Tauson, and to Cori Gauff in Dubai. What have you learned from these matches?

– Well, I have learned many lessons from those loses. Each match that I lost was completely different from the other: different conditions, different players, who each showed their own type of game. And I can’t say that I lost because I played badly, but because my opponents played so well. And, of course, I made some errors which I intend to fix, but at the same time it was a very good experience for me. And I hope that I will improve my game next time. 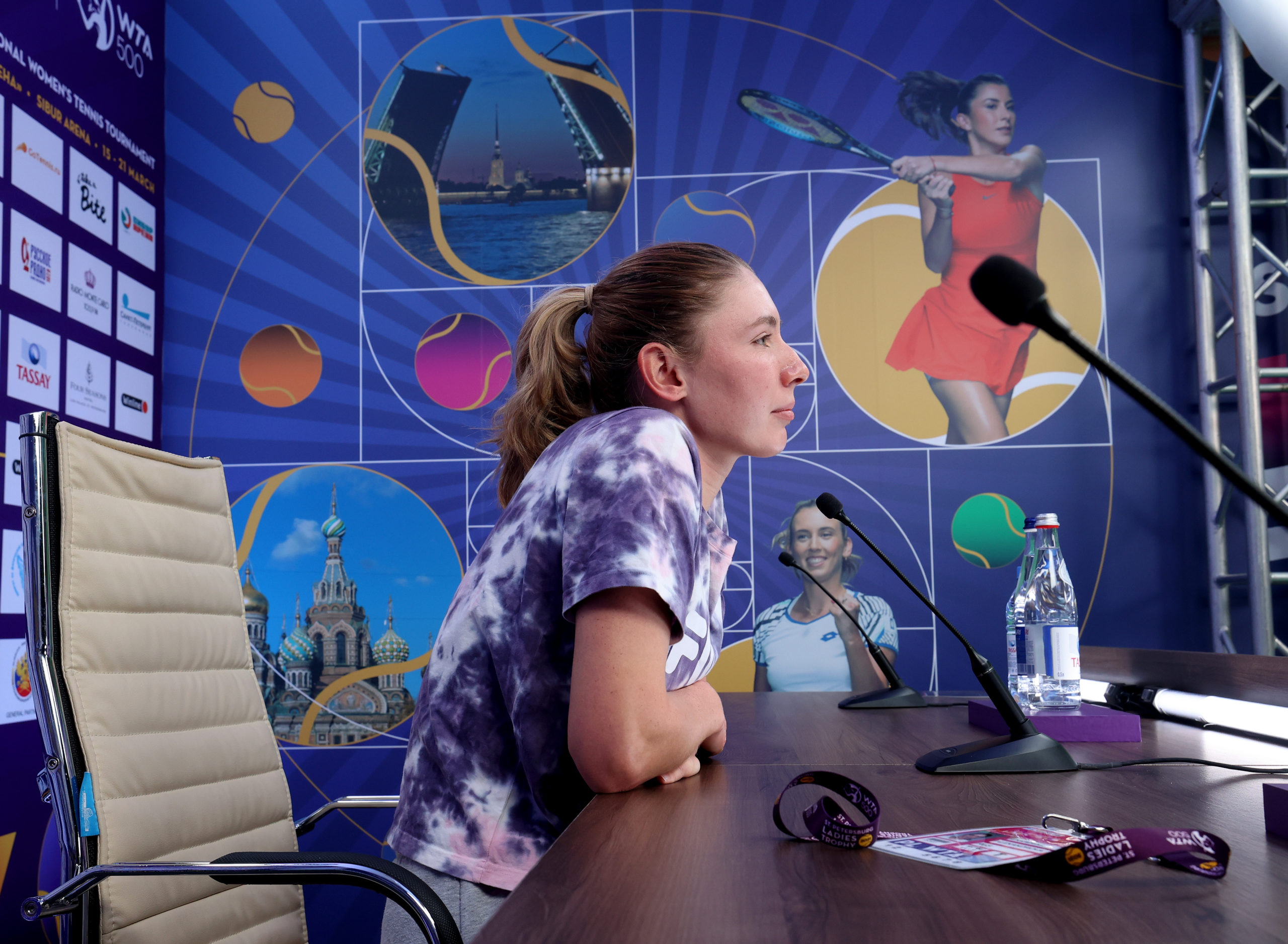 – Have you been following the success of Andrey Rublev and Daniil Medvedev? What do you think about Medvedev becoming World No. 2 and about Rublev’s wins? Do you keep in touch with them?

– I don’t connect with them directly, but, of course, I’ve heard about their victories. I believe that what they are doing is fantastic. I believe, Rublev has won basically all the ATP 500 tournaments. Daniil is our leader and also World No. 2. I hope they will continue to perform this way and I believe this is very good for Russian tennis.

– Why you almost never play doubles? You don’t like it or there are some other reasons? Maybe, considering the Olympics you could try to pair up with someone?

– Why would you say so? Almost each tournament I am playing doubles, itn is just that the last few times we didn’t manage to win with (partner) Yana Sizikova. I hope we will make up for it. But generally I have nothing against doubles; it is just that I feel more comfortable playing singles. But whenever there is a chance and opportunity, I play doubles with pleasure.

– It depends on what you call favorite and least favorite tennis. Usually it happens that something doesn’t fit: be it the surface, the balls or the conditions. There are very few days when everything fits you and you feel perfect. Almost every day something gets in the way and you are trying to overcome it. Many times I have experienced situations where nothing landed on the court and I had to play something that I don’t usually play. And sometimes it worked, sometimes it didn’t. But I think each one of us generally is trying to accommodate with the conditions they have at each given moment.