ANASTASIA PAVLYUCHENKOVA: “TODAY I HAD A VERY TOUGH MATCH EMOTION-WISE”

– What didn’t work for you today you were very close to the victory as you had three match points?

– I think it all began in the 2nd set. I let the opponent take the lead and I was playing with negligence at the beginning of the 2nd set. And when my opponent was having such an advantage she started to play better and took risks. She felt more confident and I was nervous and fussing. Because instead of the score 1/1, 2/2 or maybe even 2/1 with a break up, the score was 3/1 or 4/1 on the score board in her favor. And it is clear at this point you start to struggle with yourself. Then she got her rhythm and started to play more aggressively.

– You said you were playing with negligence and it was one of the reasons for your loss. Whence the negligence? One can hardly imagine you underestimated your opponent, you are too experienced a player to do that.

– By no means! I never think like that. I think I was nervous and it played a role as in the opening set I started very well and I started to put a pressure on myself. I was telling myself I should do the same (in the second set) and even can improve a bit. But today I wasn’t serving really well even in the 1st set. When I step on court in the 1st set, I was fresh and confident and I was serving better. But then I started thinking, I got tight and emotions got the better of me.  The tie-break was very nerve-wracking from both sides as it seems to me. I regret I didn’t manage to close out the match and I missed my chance. In the 3rd said as I think she was on a roll and was playing better. 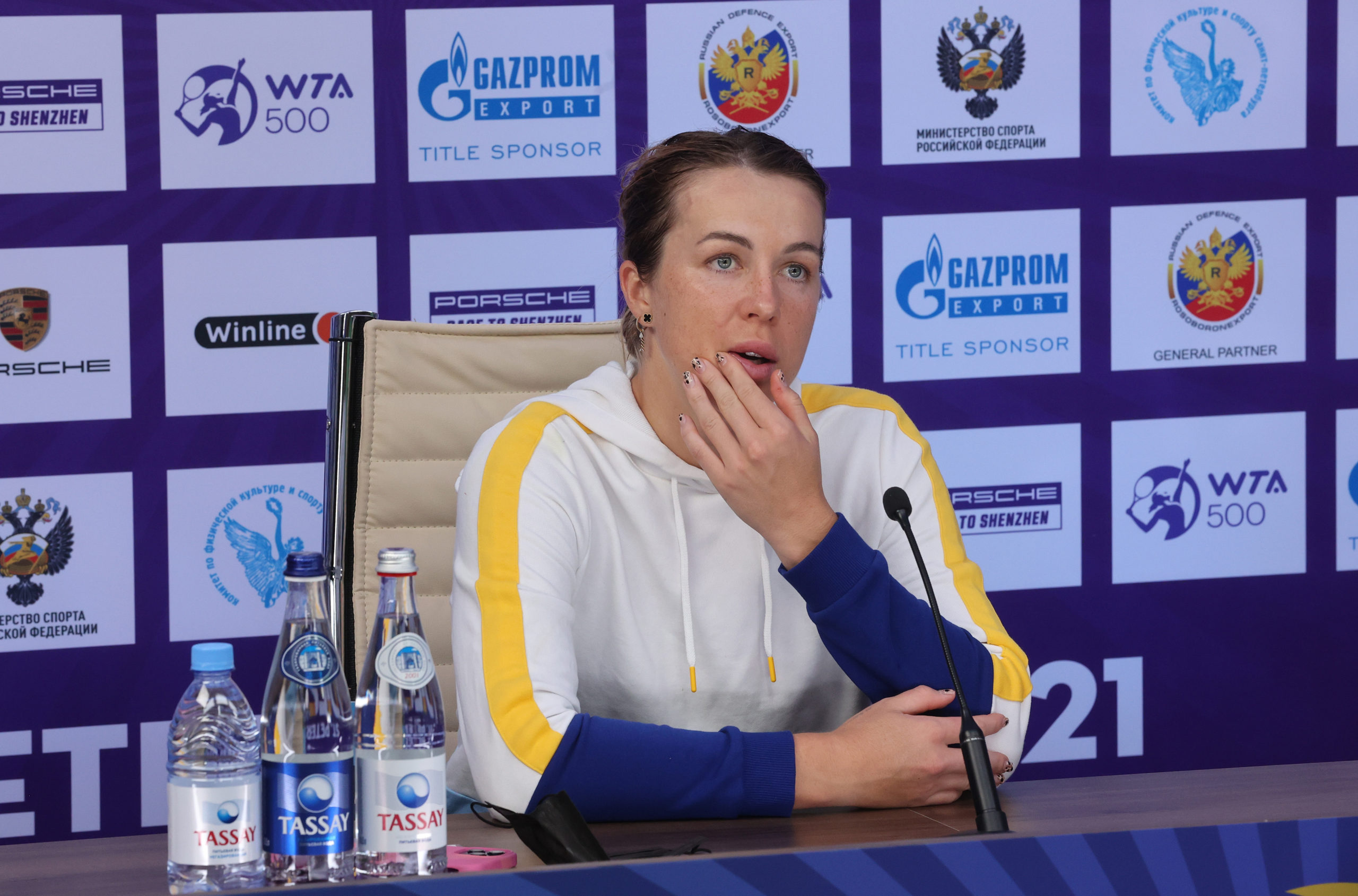 – During the match the crowd split in two: we heard people were shouting both of your surnames. How tough was it to play against your compatriot in such an atmosphere or, on the contrary, it helped you?

– To be honest I don’t care. I didn’t pay much attention to it. As for me I was struggling with myself in the 2nd and 3rd sets. I was in a strange mood…I wasn’t planning to play here in St. Petersburg and now I am regretting I have thoughts like: “I shouldn’t be here? What did I come for?”.  In the second set I was swearing at my team blaming them for making me participate in this tournament when I am having some problems with my knee. But then when you level the score, you are thinking to yourself: “Oh, no. It wasn’t in vain. I can still fight”. Today I had a very emotionally tough match.

– At the end of the match we heard people shout from the stands ‘Pavlyuchenkova’ and ‘Gasanova’, which is obvious enough as it made no sense for them your (identical) first names. Is it unusual to play against your namesake?

– It is not often for me to take on a namesake. Maybe it was even for the first time. To be honest I wasn’t the fact that I was cared about today.  I had a conflicting nervousness I was getting over these emotions inside. She did well today, she did everything she could. She had nothing to lose. I saw some moments when she was tight. But in general, she was playing her game. 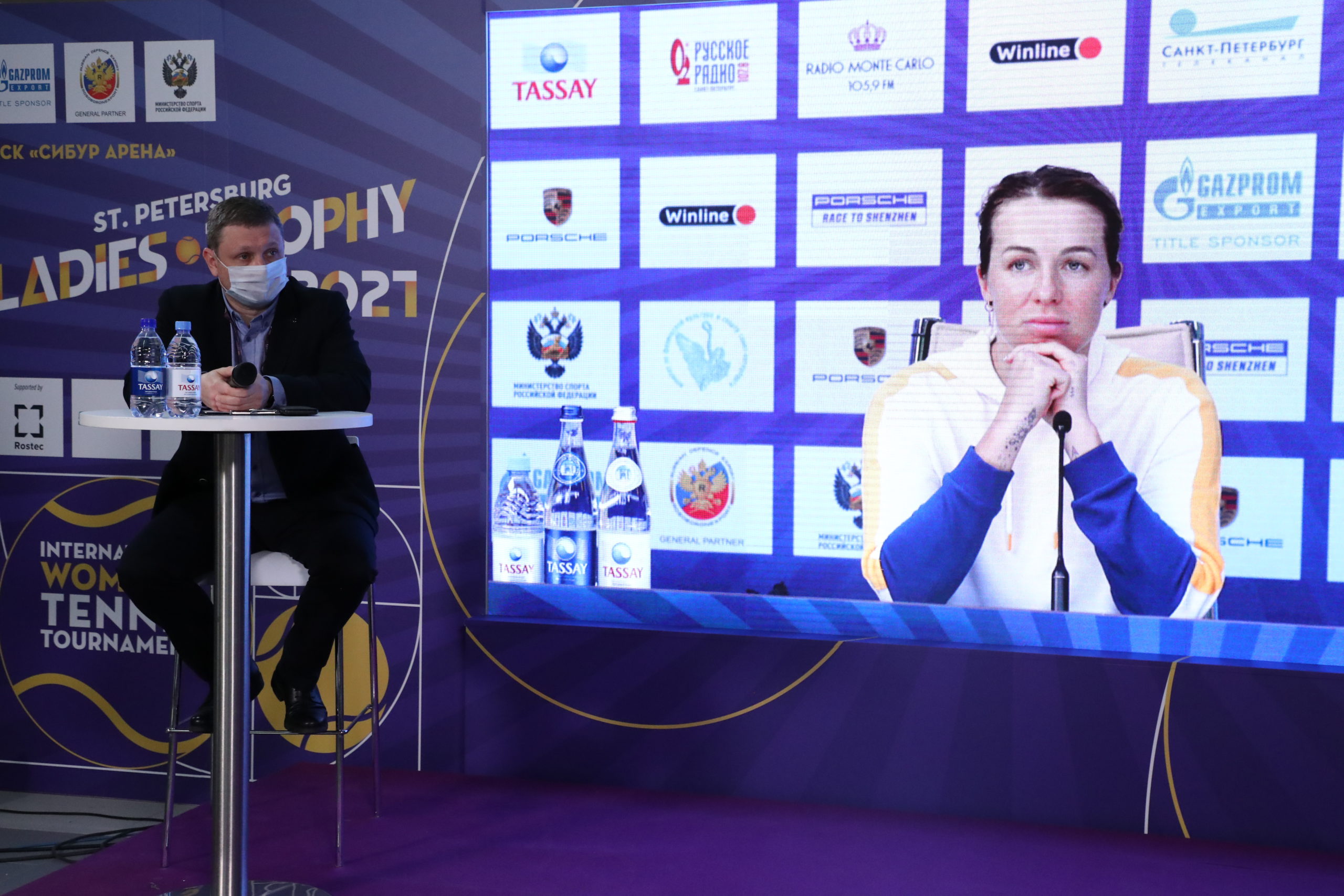 – What was your match plan? Can you evaluate your opponent’s level and perspectives?

– I don’t like to evaluate anyone’s perspectives, I will leave it to the tennis experts. She has a competitive character and the desire to play and all the rest, we will see. The plan was to play her backhand more, to attack and to play my game. I always have such a plan and when I am at peace with myself, a plan means nothing.  And when I am not, then nothing can help no matter whether you have a plan or you don’t.

– Is it tough to play tennis players whom you didn’t know well and didn’t meet before?

– As I have already told you, when I am at ease with myself it doesn’t who my opponent is. This time after the first set my nerves let me down.

– On the close ups it seemed to us you have a new tattoo on your ankle, is it a skeleton?

– Yeah, it is a dancing skeleton. I have lots of small tattoos. It is just for fun.