Director General of St. Petersburg Ladies Trophy and chairman of Zenit basketball club Alexander Medvedev came to the players’ press-center at SIBUR ARENA arena in a good mood. You bet! For the first time since 2017 four representatives of one country – in this case Russia – reached the semifinals of a professional women’s tournament. After Svetlana Kuznetsova beat Romanian Jacqueline Cristian in the quarterfinals of St. Petersburg Ladies Trophy, it became clear that a Russian player would win the title this year. Margarita Gasparyan and Vera Zvonareva will meet in one semifinal. And the opponent of Kuznetsova in the other semifinal will be Daria Kasatkina, who beat Veronika Kudermetova in the quarterfinals. 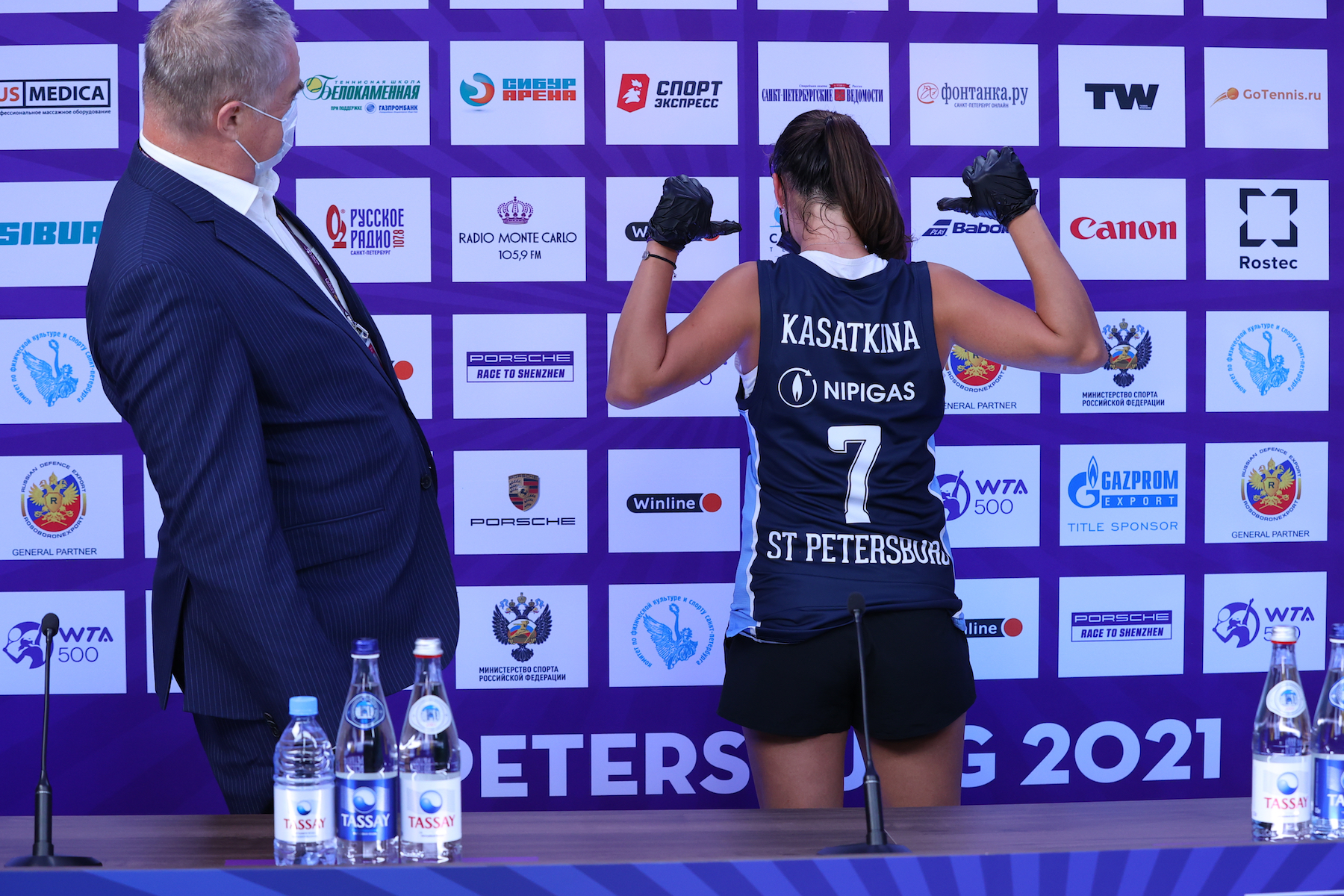 Overjoyed Alexander Medvedev presented Daria with personalized jersey with number 7 and surname “Kasatkina” on the back. “In basketball the playmaker’s role is a very important one. – he pointed out. – Those players are not very tall, but using great technique they can outplay the taller center players. Daria Kasatkina is not the tallest tennis player, but thanks to her technique she reached the semifinals of St. Petersburg Ladies Trophy 2021. For the first time four Russians will be competing at this stage of the tournament. Last time an analogous thing happened at the US Open in 2017 when Venus Williams, Sloane Stephens, Madison Keys and Coco Vandeweghe reached he semis.