— Ekaterina Alexandrova said you didn’t give her rhythm and played a lot of slices. Was it your game plan?

— Yeah, we watched her play and there were couple of tactical moments. When you give her rhythm she is playing very well. She steps into the court and puts pressure on you by playing aggressively. So, my coach set a goal for me to vary strokes and use slices and it worked well for me.

— What can you tell us about your serve today? Yesterday you criticized it, what’s about today, it was better?

— 100 per cent better. The only thing is that I haven’t served well at the right moment. But anyway, it is good I composed myself at the end. But when the score was 5/3, I held match-point, I had too many unforced errors during that game and my serve wasn’t too powerful, I softened it.  But it is good that at 5/5 I served well and consistently. 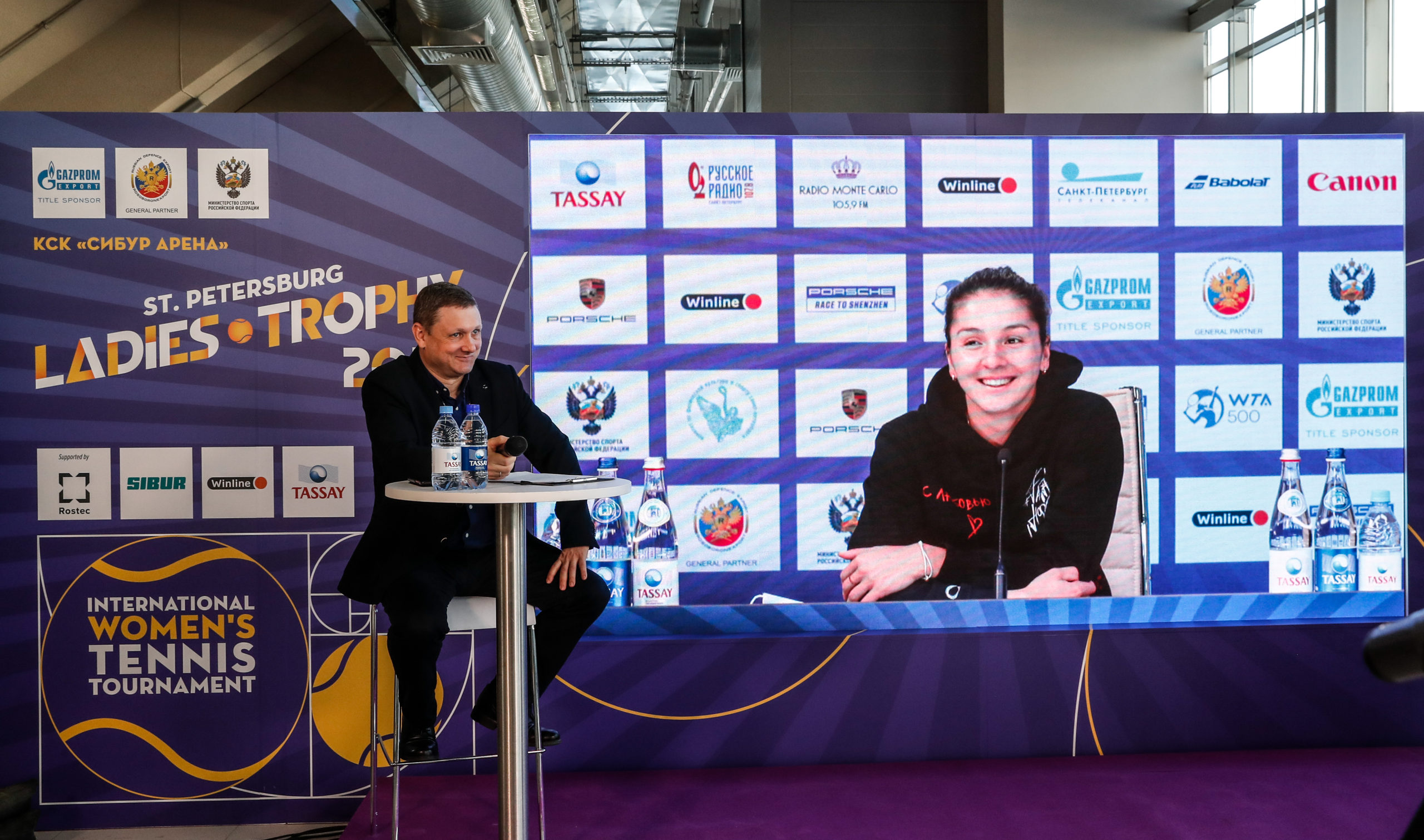 — Was it because of the nerves or maybe you got tight?

— I am sure it was connected with my nerves, I put myself under this emotional pressure and couldn’t cope with my emotions. So, I have to play a couple of more games to calm down.

— Were you following the clash Vera Zvonareva v. Anastasia Gasanova?

— I haven’t yet. But in general, I know how both are playing, either Vera or Anastasia. By now I just have seen that Vera was up during the match. We were practicing in Dubai this year before Australia that is why I know how she plays.

— Today you said on court after the match that you couldn’t handle your emotions but then you managed to do it.  Were you doing any special exercises or telling some special words to yourself? Where were you trying to direct your emotions?

— I was trying to calm down and stop being nervous and I set a goal to fight for every point, no matter what. 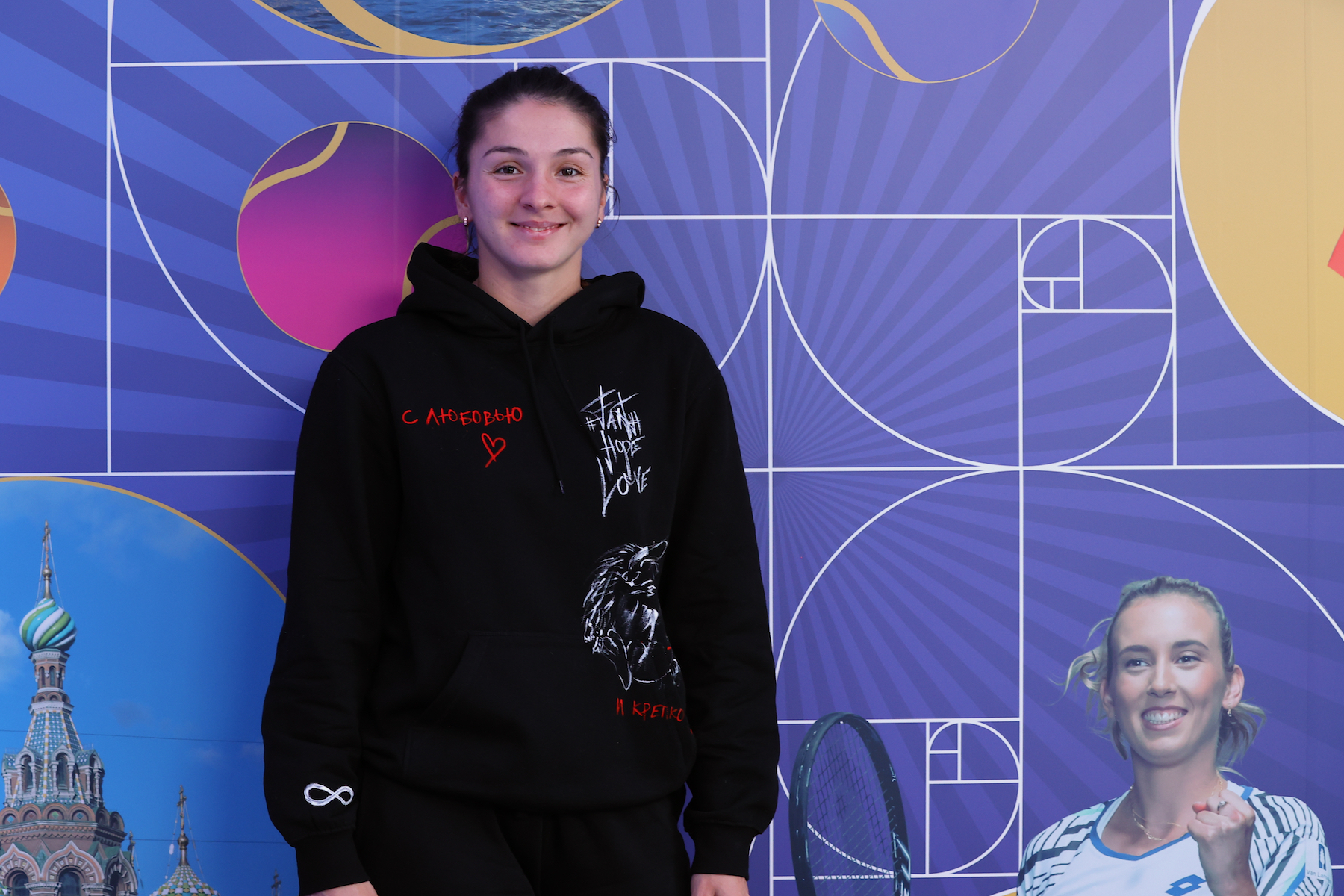 — We paid attention to that you have a dampener in the form of a ‘devil’ figure. Do you associate yourself with this character? Explain your choice, please?

— I don’t associate it with me. Before that I have a dampener in the shape of a heart. But then I thought that I am too kind of a person, so I have to add something devilish to spice it up a bit. And you now that so far it seems to be working (laughter).

— What does it mean for you to outplay Russia’s top player?

— I tried to focus more on myself and show the best game I could. But it is very nice to win in general.

— Women don’t usually use one-handed backhand, can you tell us why you chose it? And how confident are you with it?

— It is hard to explain why I chose this shot. Before I started using it, I saw how Carla Suárez Navarro, Justine Henin, Roger Federer use it. I just like this shot.

— What will it mean for you to win this tournament? Considering that there are so many Russian tennis players among the participants and you will play in your homeland?

— It seems like only Russian tennis players are left in this tournament. Of course, if I win, it is going to be a very special milestone for me but we will see how it all works out. I really love this tournament, I love St. Petersburg and I always perform with great pleasure here on the Centre court. 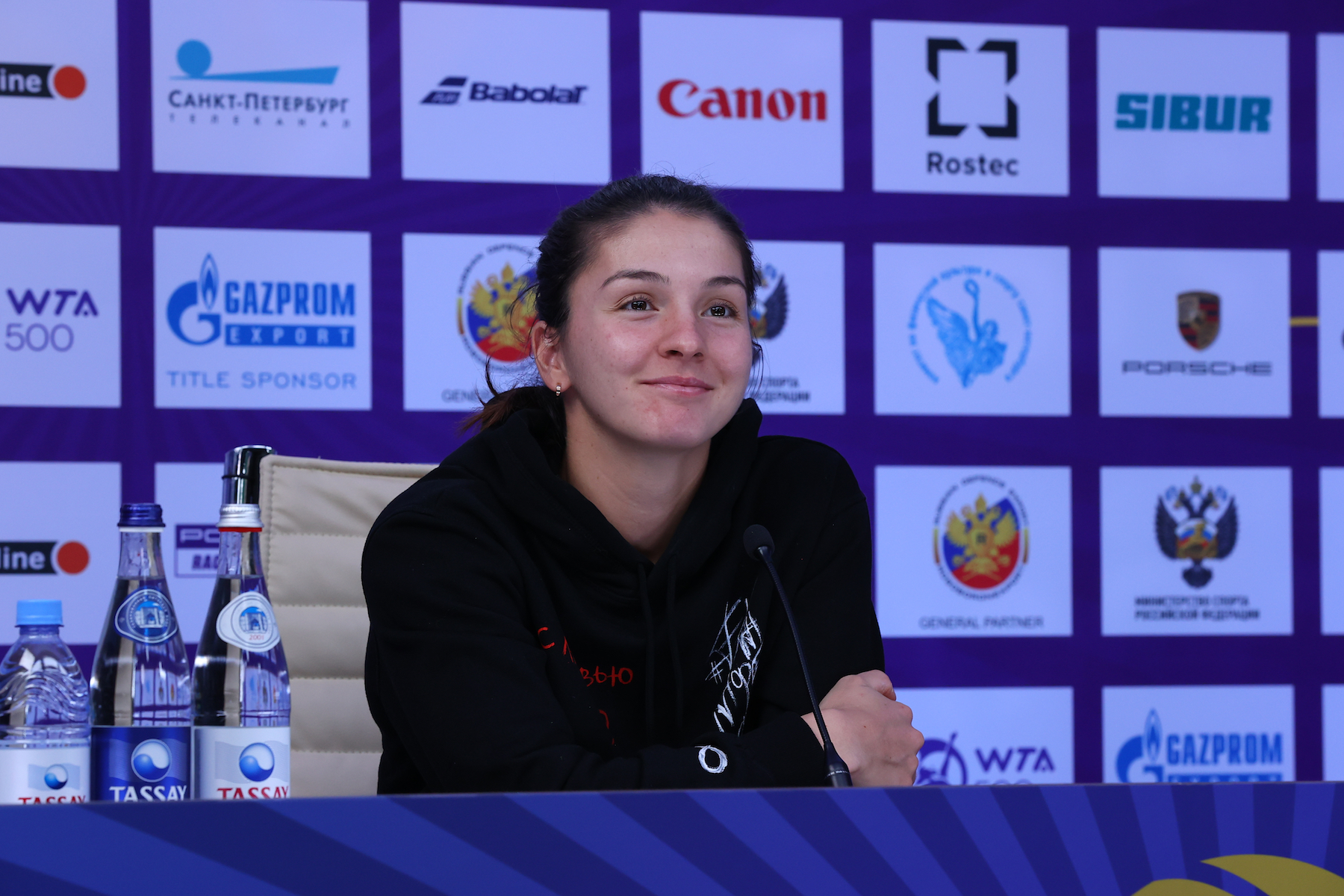 — Throughout the tournament there was Mikhail Elgin in your box apart from Sergey Betov. Elgin is also a renowned Russian tennis player. How is he helping you at this tournament?

— He practices with me before the match and I trained with him before. He is helping me a lot this week, we have a good relationship and he is friend of Sergey. We have a great team.

— At the Australian open many players noticed that the courts were fast for the first time this year. Here in St. Petersburg judging by the lengthy matches the courts seem to be slower. How does it suit you?

— I will agree that this year in Australia the courts are pretty fast though I always enjoyed playing there, while this year I had different feelings and I don’t know what this is related to. Here the courts are slower because we are playing indoors, on the Center court, but I enjoy playing here. Also, today I think we had pretty rhythmic and deep rallies.