– There is an impression that you played your best match at this tournament today – in terms of game quality and in terms of self-confidence. Is it so?

– Yes, I think so, too. I felt confident enough, even though I lost the first set with an easy score. Anyway, I didn’t have the feeling that I was doing something wrong. In the second set, I just started with a break and gained some confidence, and it helped me.

– In the third set there was one moment, when you were leading 4/2, and Svetlana served, the score in the game was “duce” – and then you hit such a fantastic ball into the very corner, at the intersection of the lines. Did you target that specific spot or it was just sheer luck? Svetlana was looking at that ball and its mark with bewilderment for a long time.

– Of course, it would be better if had hit that ball with some security to play it safe – if it were not for the electronic judging system on the court, I don’t know how a human eye would have reacted to it. But, Thank God, that Hawk-Eye is working well at this tournament. Plus I definitely didn’t hit a perfect shot in terms of accuracy, so we can say that I was lucky.

– I guess I need to make different conclusions and start playing from the first set in order to balance that pattern. I’ll work on it. 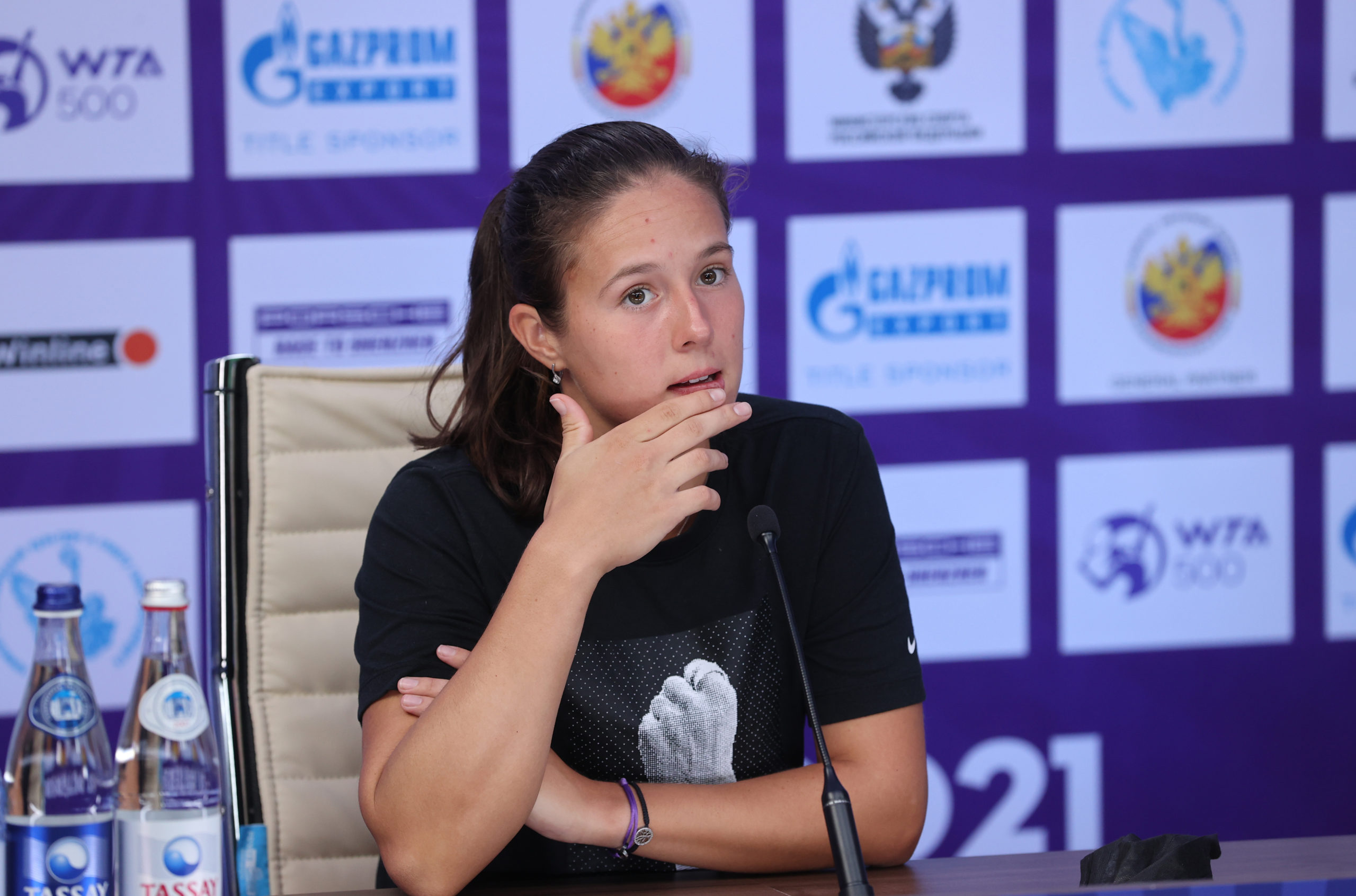 – In general, during the course of the tournament, do you feel that you were improving? Or is your game at the same level?

– I see that I am improving with every match, especially psychologically I feel better and better.

– It seemed like your strokes were more powerful today, is that correct?

– It’s hard to say. You probably need to measure it (the speed of the balls). I think they weren’t as powerful as during the previous matches.

– Perhaps we have such impression due to your relaxed movements and your game in general?

– Perhaps on the court it’s more obvious to see.

– You looked very confident on court. Can you, please, tell us what helps you to win such tough match, because just reaching the finals is a very huge psychological pressure? How did you work on that side?

– The fact that the crowd was cheering from the tribune is awesome. It motivated me. I doesn’t matter whether people are supporting me or my opponent. When the tribune is alive, it creates an atmosphere around the match. As to the mental side, I was working a lot on it. Last year I was working on my head. So, it didn’t come from nowhere. Thanks God, I am feeling more confident on the court than the last year. And I am glad with the result. 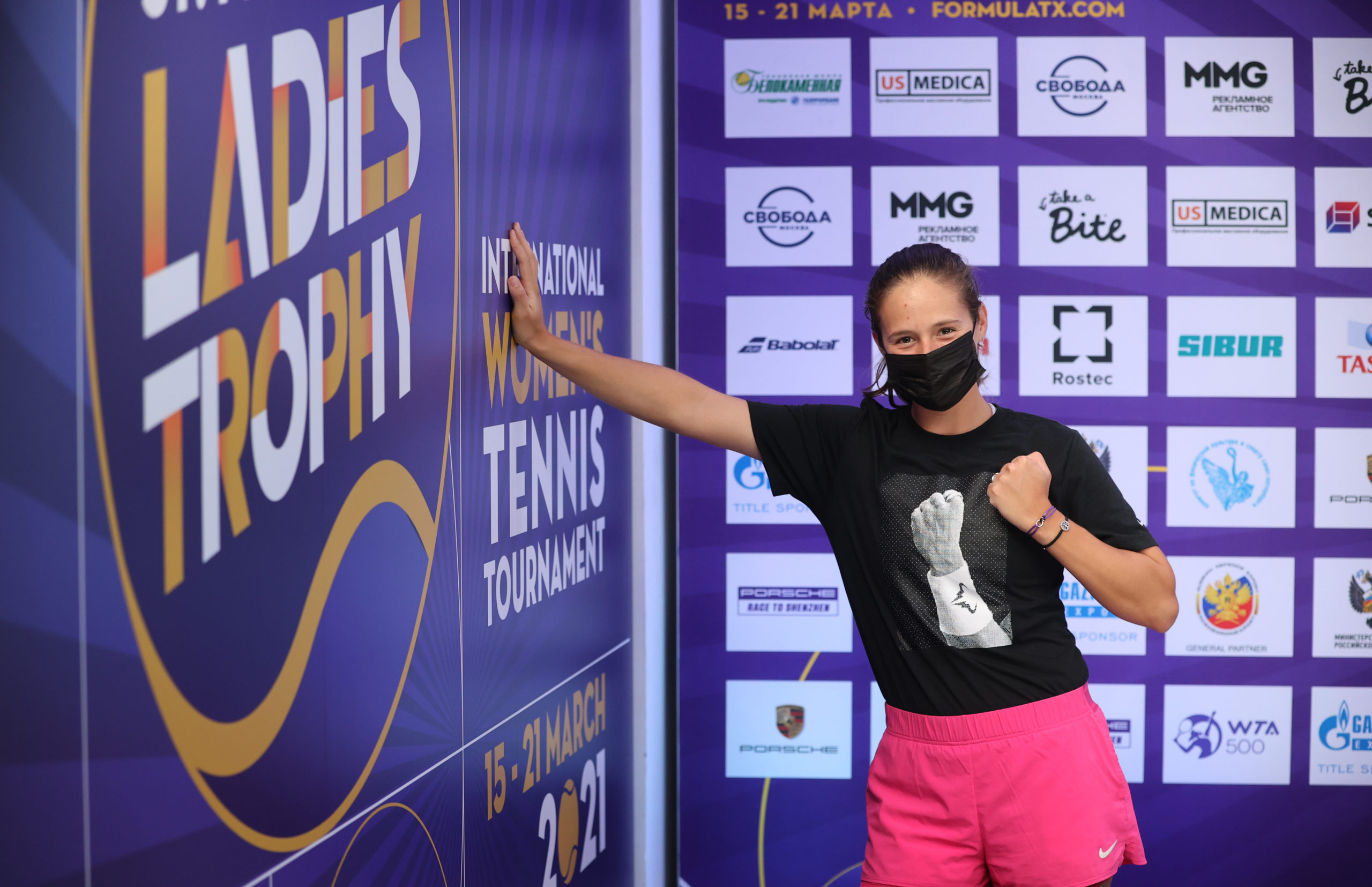 – What goals are you setting before yourself for the next match?

– It is a final and, of course, I want to win. But I don’t have any expectations as I have already spent a great tournament. I am in the finals! So, I should just enjoy it.

– It seemed like after the opening set you either improve your game or broke your opponent’s game. Are you trying to do it on purpose? How do you evaluate your semifinal and quarterfinal from this point of view?

– For sure, I have being playing tennis from my childhood but I always try to build my game based on my skills and to play aggressively. If opponents don’t like my strokes it is an advantage for me. It gives me confidence and tells my opponents that I am a tough one for them.

– You have already won finals but it will be the first time when you are playing against your compatriot. Do you feel an extra pressure because of it?

– No, to be honest. I have already played several matches against Russians at tournament, so it’s gonna be one more.

– Margarita is coming back to her level and it is a huge result for her to reach the WTA 500 final in St. Petersburg. What can you tell about her? Is she a dangerous opponent?

– Sure she is, Margarita is a very dangerous opponent as she is playing super aggressive tennis and she is playing consistently here.  She reached the final and outplayed very strong opponents. These victories speak for her.

– This is the third straight match you have lost the first set and then turned things around and won in three sets. Can you explain how you’ve been able to make adjustments in each of your matches, especially today, to turn a defeat into a victory?

– Good question, because I cannot say for example that in the first set I was playing much worse than in the next sets. I’m just doing little bits of adjustments, start to put a few more balls inside the court and also my opponent getting more tired, because I’m trying to play longer rallies. It is what it is. I’m just happy that I’m able to switch the game and I’m able to win in the second and third sets. 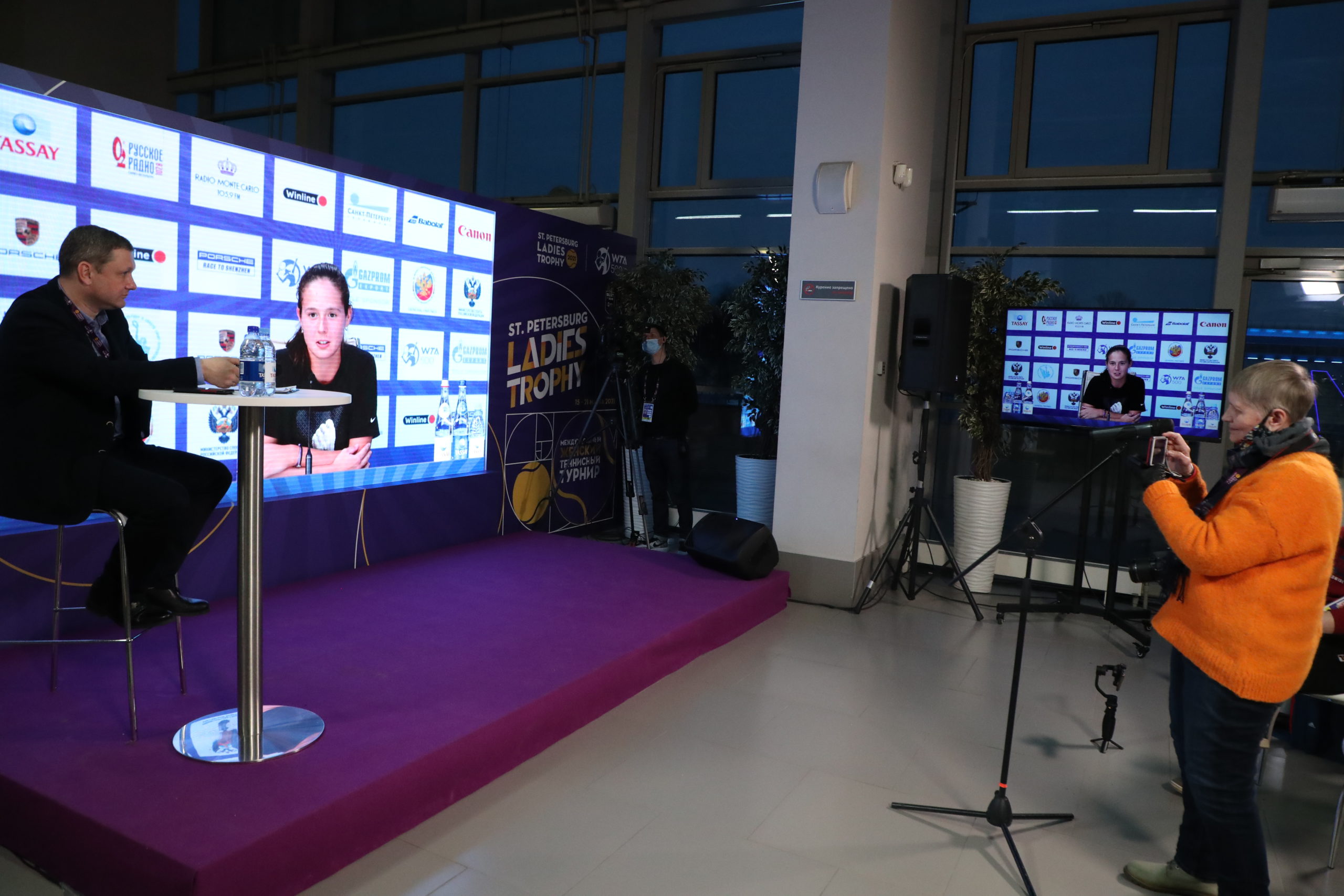 – You play Margarita Gasparyan tomorrow in the finals and my question is – what does it mean to you to be in a final in your home country and also to be playing a fellow Russian player?

– There are some similarities between you and Svetlana: you both hit with heavy topspin, you both trained in Spain, but that was the first time you’d played each other. Were you curious how [your games] matched up together?

– I mean, of course, also I’m now working with the coach who was previously the coach of Svetlana. For sure, I heard many times we have a lot of similarities in our game and a little bit in our ways [of playing]. Yeah, cool, I can’t say anything else!

– Before this match have you ever thought about how you would match up against this Russian legend?

– We’ve practiced many-many times, whether it helped or not, it’s tough to say. But I was expecting just a beautiful game. That’s it, because we’re playing more or less the same kind of tennis. We like to spin the balls, to play more tactical tennis. On this court, it looks very nice.