– Vera Zvonareva complained that she made too many errors and that she lacked a bit of luck in the tie-break – she missed a backhand down the line on set point. Do you agree with her comment?

– As for the first set – yes, I would agree that Vera made a lot of errors. And, to be honest, I was even a little bit surprised, because I know how she plays. But in the second set when the score was 3/0 in my favor, she stopped making errors altogether, and I had to play more aggressively, but at the same time I had to be patient. As for the tie-break I think, yes, I was a little more fortunate because at some important moments she made an error and literally a couple of centimeters decided while I played more actively and was luckier.

– We had the impression that you alternated a cautious or, as tennis players say, “conservative” game with aggressive tennis. Was it a tactic or was it dictated by the way you felt?

– I know that if I play aggressively all the time I will make a lot of errors. That is why I tried to alternate – at some moments I played consistently, I was patient when it was not the right moment to attack. At the same time when I realized that I was tired I tried to play aggressively to finish the rally as soon as possible. 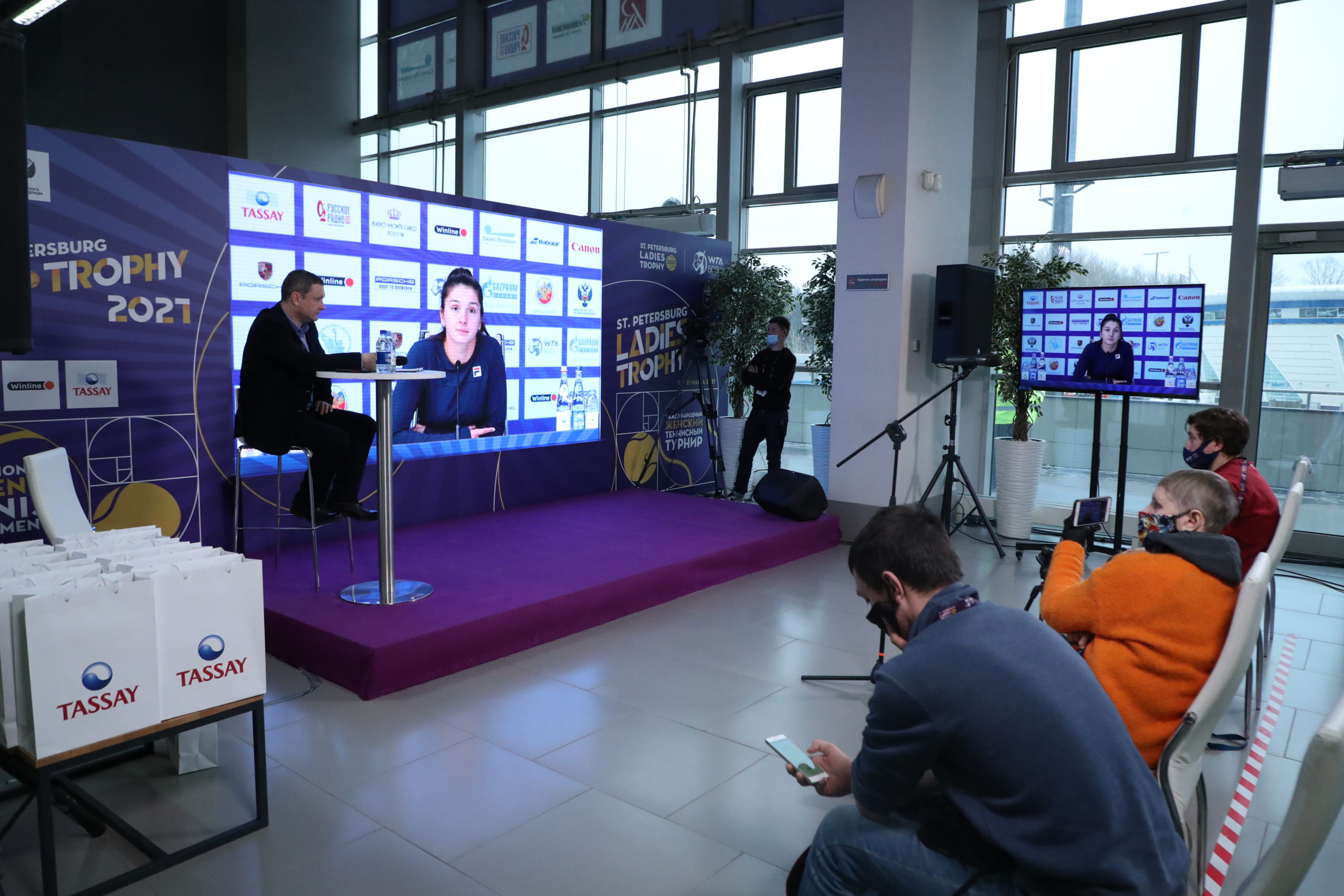 – You had some great serves today. There was even some variation – for example, the serves into the deuce square. But there were also unsuccessful serves. Is there room for improvement and what could be improved? Maybe to improve the toss or the variability?

– It seemed to me that today I served much better than in the previous matches. Of course, there is always room for improvement and there is something to work on. I would really like to make my serve more active. I want to increase the speed of my first serve and learn to serve the second one more actively, not like now. Today when the score was 6/5 Vera was also careful and also made an error. But this does not happen often, I think I was just lucky.

– Your coach didn’t look very happy after the match. Was he just tired or nervous? Or he was displeased with some elements of your game?

– Well, yes, he was worrying. And there was one moment when I did not behave nicely towards him – and he told me about it, so he probably looked a little bit angry.

– It became more difficult, of course, but not because of getting tight, but because there is already a fatigue. At some point, I begin to play less active, and the opponents take the initiative into their hands. When the score was 5/4, I served not actively enough. So I had to come back into the game again and play more games. Unfortunately, I let her take the match into a tie-break but I am glad that I closed out the match in two sets. 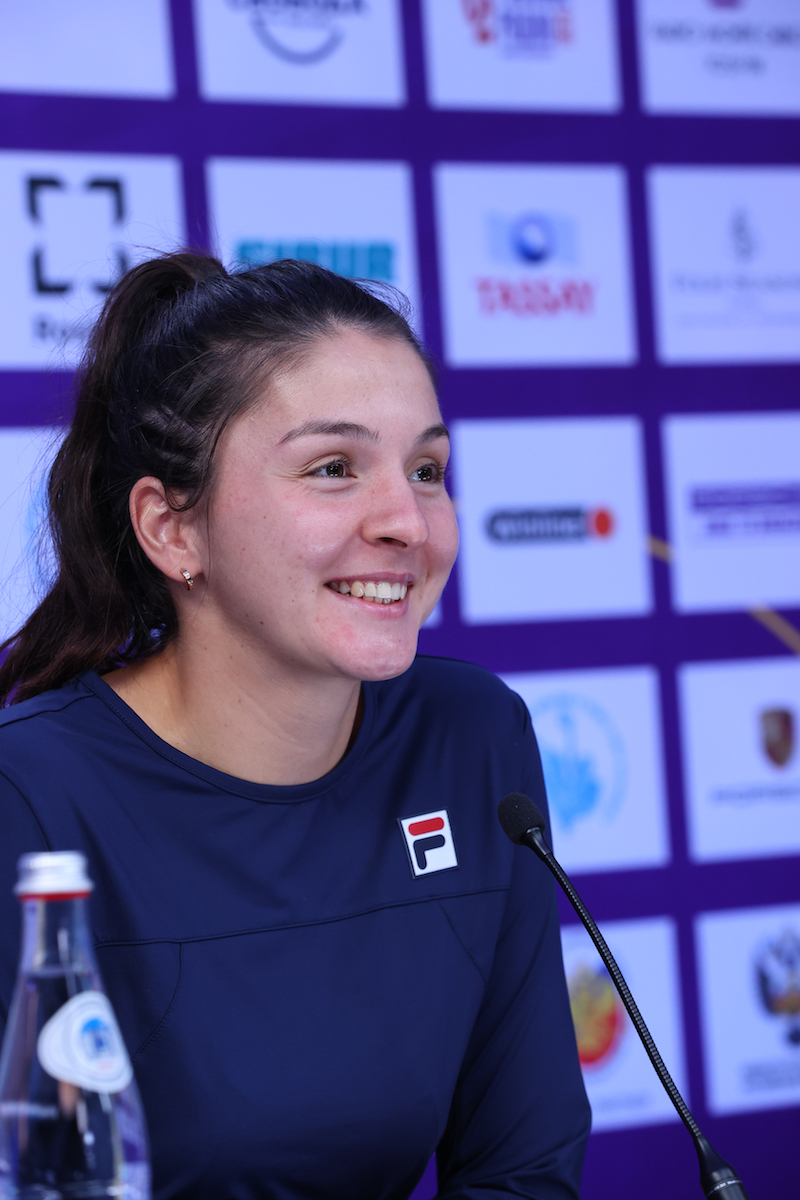 – At this tournament, one can see that you take the punch very well. In your opinion, is this psychological maturity or did you work with a psychologist and now psychologically approached it differently?

– No, I didn’t work with a psychologist. I try to work with myself more, and Sergey Betov also helps me with this. Therefore, there was no such thing as turning to a specialist.

– This tournament turns out to be a breakthrough for you. You will be back in the Top100. Do you think about it? Probably it is important in order to get the opportunity to play without a wild card or to go through qualifications, but rather to get directly into the main draw at big tournaments.

– Of course, it’s more comfortable, but it all depends on your game. If you play well, you start to do well at tournaments and stop thinking about points and ranking, about whether you rise in the ranking or not. I played qualifications in Australia and it was better for me because I played more matches. We have a very consecutive calendar due to this pandemic situation. So the qualifications did not bother me at all.

– What if we compare the Margarita during that round (in Australia) and Margarita today? Do you think you have become a stronger player?

– To be honest, it’s difficult for me to answer this question. I think that I have become calmer and stronger psychologically. And ift we speak about the game, then I try to improve it, use more slices and spins. I try not to be as one-dimensional as I used to be.

– What is the secret of your successful progress during this tournament?

– Good question. Probably a psychological aspect. I am hungry for victory again. I just enjoy every match I play on the court. 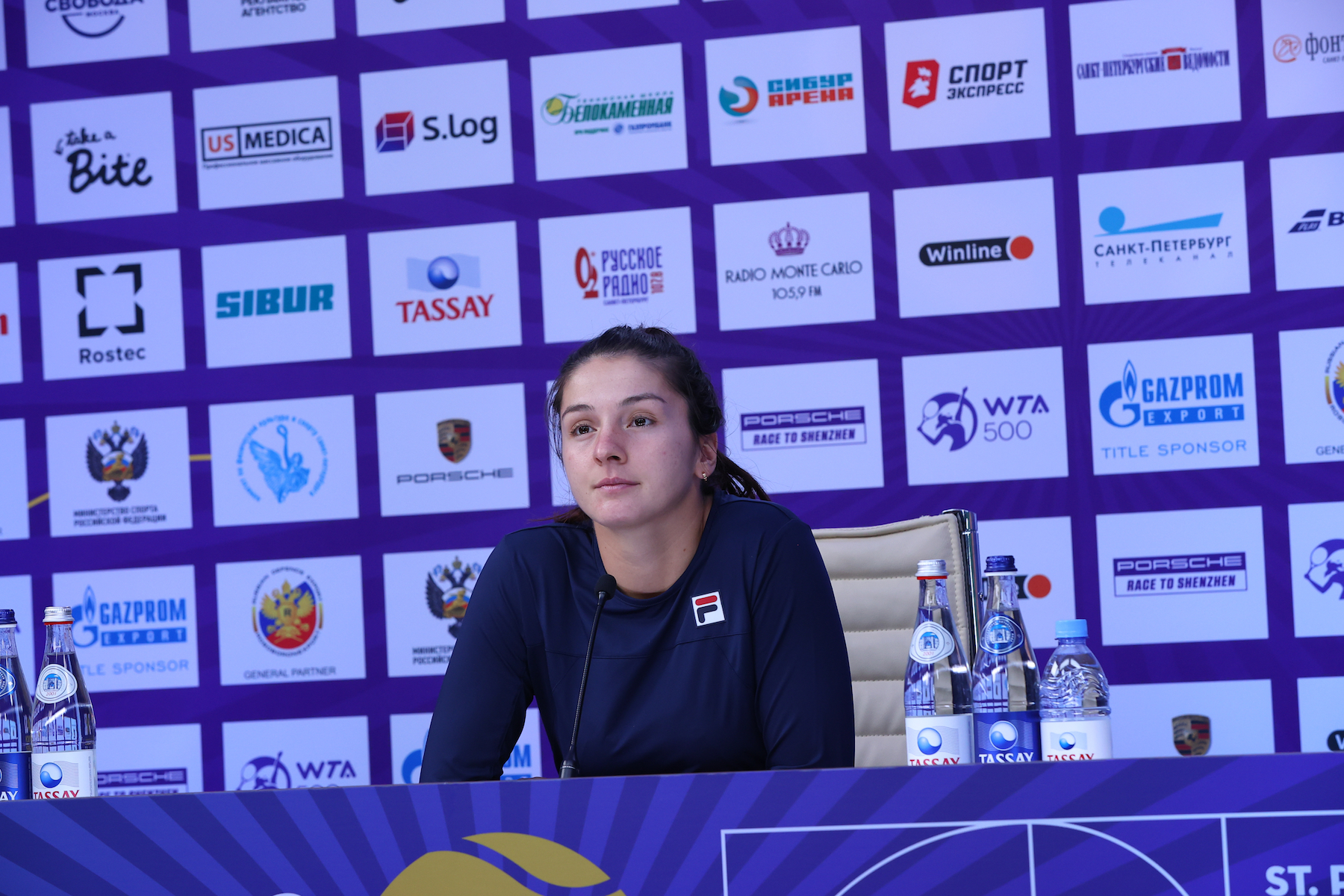 – What do you think about the final?

– I don’t know yet who I’ll play against, to be honest, I haven’t thought about the final yet. I just want show good tennis.

– How did you manage to stay so focused during the 20-point tie-break in the second set and ultimately win it?

– It was a really tough second set, especially the tie-break, but in the end I was a little bit more lucky. Yeah, I was just trying to be more aggressive. Vera had some set-points but in the end she did some mistakes. I was more lucky – that’s it!

– What does it mean, Margarita, to reach the finals of your biggest tournament and, especially, one in your home country, where you’ll also be playing another Russian in the finals?

– Of course, it’s something special for me to be here, to play the finals in Russia and in this tournament, this great tournament. I’m really happy that I’m in the finals. I just want to play well and let’s see how it goes tomorrow.

– In a match like this one today, against Vera – and it was very high quality, I thought – what did you learn about yourself?

– The positive thing is that I can fight till the end and I was really focused, and, you know, I didn’t give up – this is one of the most important things for me.

– What do you say about the way the crowd was cheering today? Obviously, the crowd was split as spectators shouted “Margo”, “Rita” and Vera, too. Actually what’s the best way to address you – Margo, Rita or just Margarita?

– That’s a painful subject for me. I keep on containing myself, but I guess tomorrow I will surely say:”I hate when you call me Margo!”. That’s the way the spectators call me or some reason. I heard it today and I was about to turn over to the crowd and say:”Plea-a-a-se, don’t call me like that. Call me Rita or Margarita but don’t call me Margo!”. Something stops me from saying that because I think it won’t be nice. But if the fans are hearing me now – please, don’t call me like that”.