– The first set was good and in the second one I was playing terrible in the first game and I gave her a chance to come back and to believe in herself. I think the beginning of the second set became the turning point of the match and the reason for my collapse, and then Dasha started to play better and I played worse and I made too many errors.

– In the third set when the score was 4/2 there was one emotional moment when Daria hit the ball into the very corner of the court. You smiled sadly looking at the ball mark. Did you think she was just lucky to get the ball in?

– No, I never consider such type of points as sheer luck. When you have 10 lucky net-cords, then this is luck. It seemed to me that the ball bounced in a different way, and maybe it was on the line. And Hawkeye showed it was definitely in, though it didn’t look like that to me. But what can you do? Just smile and continue the match.

– Daria said before the match that your game styles are similar. Do you agree with her?

– With our top spins… Yeah, maybe it looks similar. 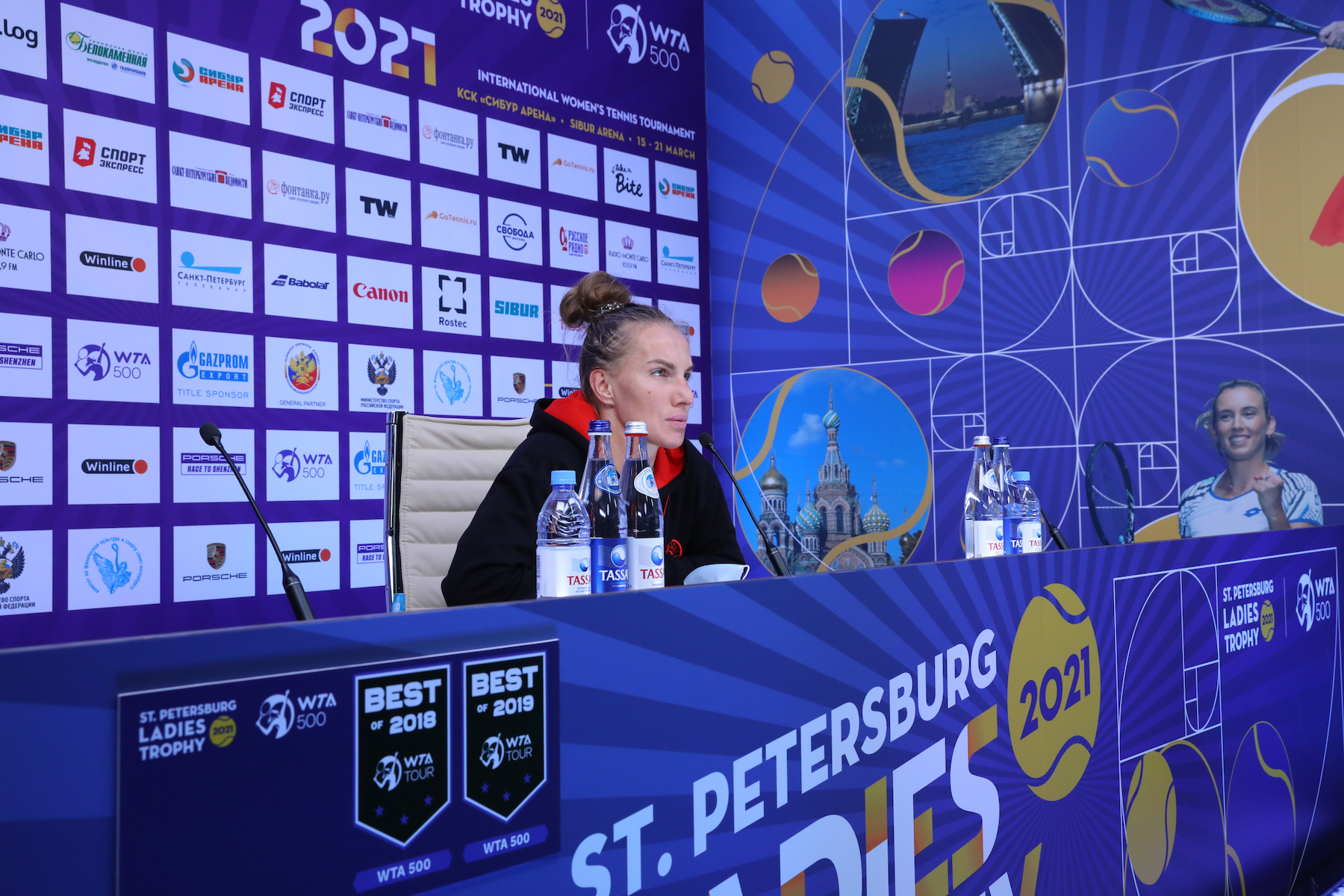 – What positives will you take from this tournament? It’s clear you’d like to achieve more but in general?

– It was a good chance to show better results in St. Petersburg. Therefore, I am very upset. Nevertheless, live goes on, the season continues and I am on a ride improving my game from match to match. For sure, I am far from the tennis I’d like to show and play. But it won’t come overnight, you have to work hard.

– Recently, answering the American journalist’s question you said your game was there but you have to polish some details.  Can you agree with the statement that you found your game but you need to improve couple of moments?

– I have my game, it won’t disappear but it’s all about those small moments. I am gaining my confidence and I am performing better at the tournaments. That is a fact. But I have something to improve yet.

– Tell us, please, what tournaments are you going to play next?

– I have to go to Miami as I am playing there on Tuesday or Wednesday next week.

– Yes, men’s tennis, then women’s tennis. Life is like a zebra. And that is it. 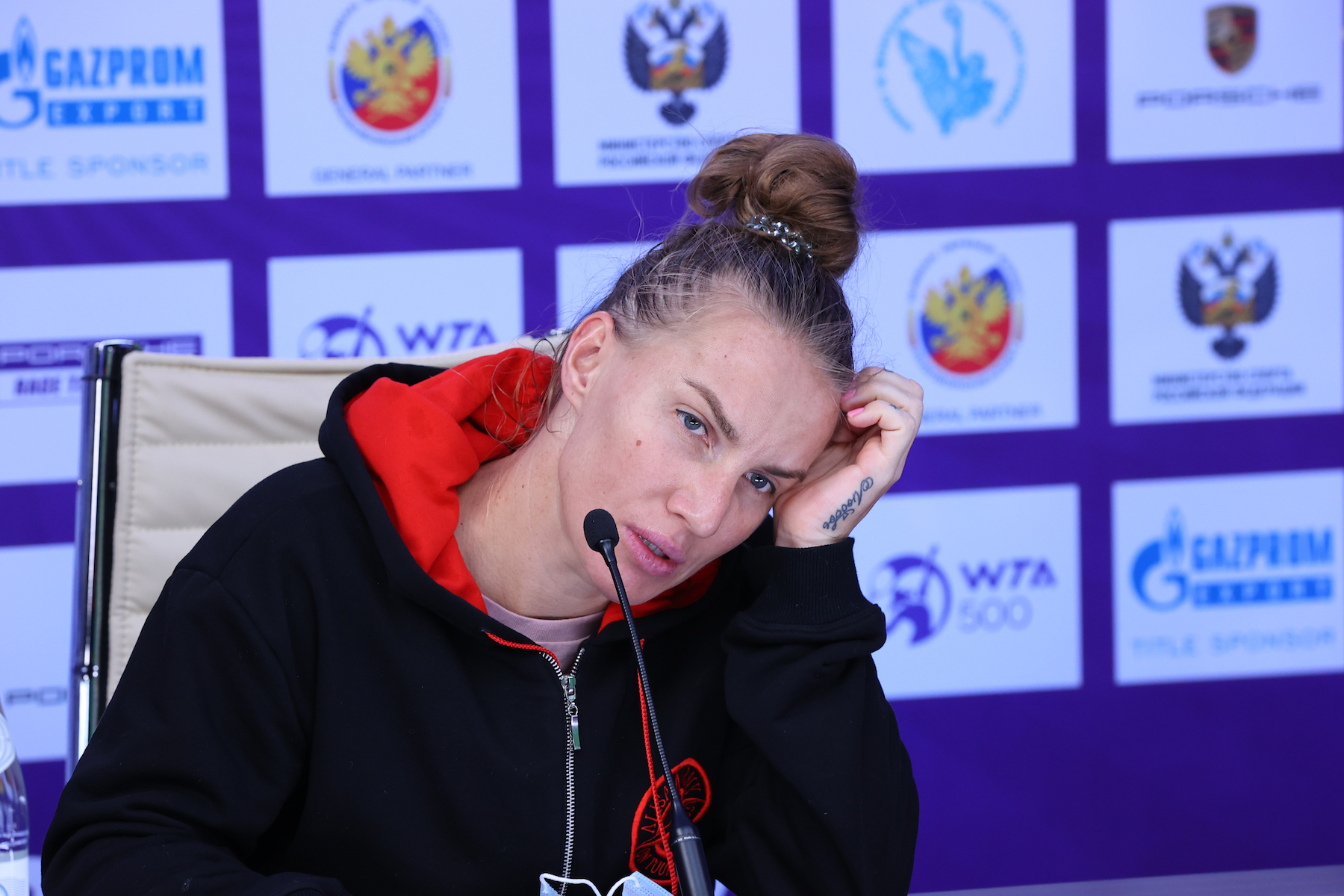 – It seemed like in the 2nd and 3rd set you struggled with your  movements. Did you have enough time to recover from the previous match?  Or it was more about mental things?

– I was struggling with putting the ball into the court (laughter). Physically I felt okay but the turning point was strange as I expected more from myself.

–  Daria Kasatkina’s tennis technic is rather good. What was your game plan? Which of her weak sides were you planning to use?

– Why should I answer that? I am planning to play her again.

– What tournament will you play after Miami?

– Rome, Madrid. The schedule is rather busy. If I go to Miami, I should take some time to recover. I don’t know whether I can play Stuttgart or Istanbul or Paris.

– You closed the first set quite confidently and the second one became the turning point. What went wrong? Maybe the thoughts that you are playing in your home city and the final is very close?

– No, sometimes I even forgot that we were playing in St. Petersburg. You are just focused on the match and this is it.