– It seemed that in the second set, you finally managed to find the keys to your opponent’s game and were close to turning the tide of the match. What prevented you from finishing this match in your favor?

– I wish I had more luck. There was a moment when I made the right choice trying hitting the ball down the line from my backhand on set-point but I made an error. I am glad I was able to fight to the end, because I had a poor start. In general, I knew what I needed to do from the very beginning, but it just didn’t work. I had some opporutnities, but I couldn’t seize them, and Margarita played very well.

– Did your opponent surprise you: she sometimes played very bold tennis and sometimes was very cautious and deliberately gave up the initiative? Is this impression correct?

– I can’t say that she surprised me. I played against her last year, and I perfectly understood what I had to do and what I needed to be ready for, it just didn’t work today.

– Tell us about your tactics for this match. What weaknesses of your opponents did you want to take advantage of?

– Well, I probably won’t tell you the whole tactics. But I tried to play quite aggressively when I had the opportunity. I tried to get her to move as much as possible. But, unfortunately, there were a lot of unforced errors, that’s why I gave her the initiative at the beginning. 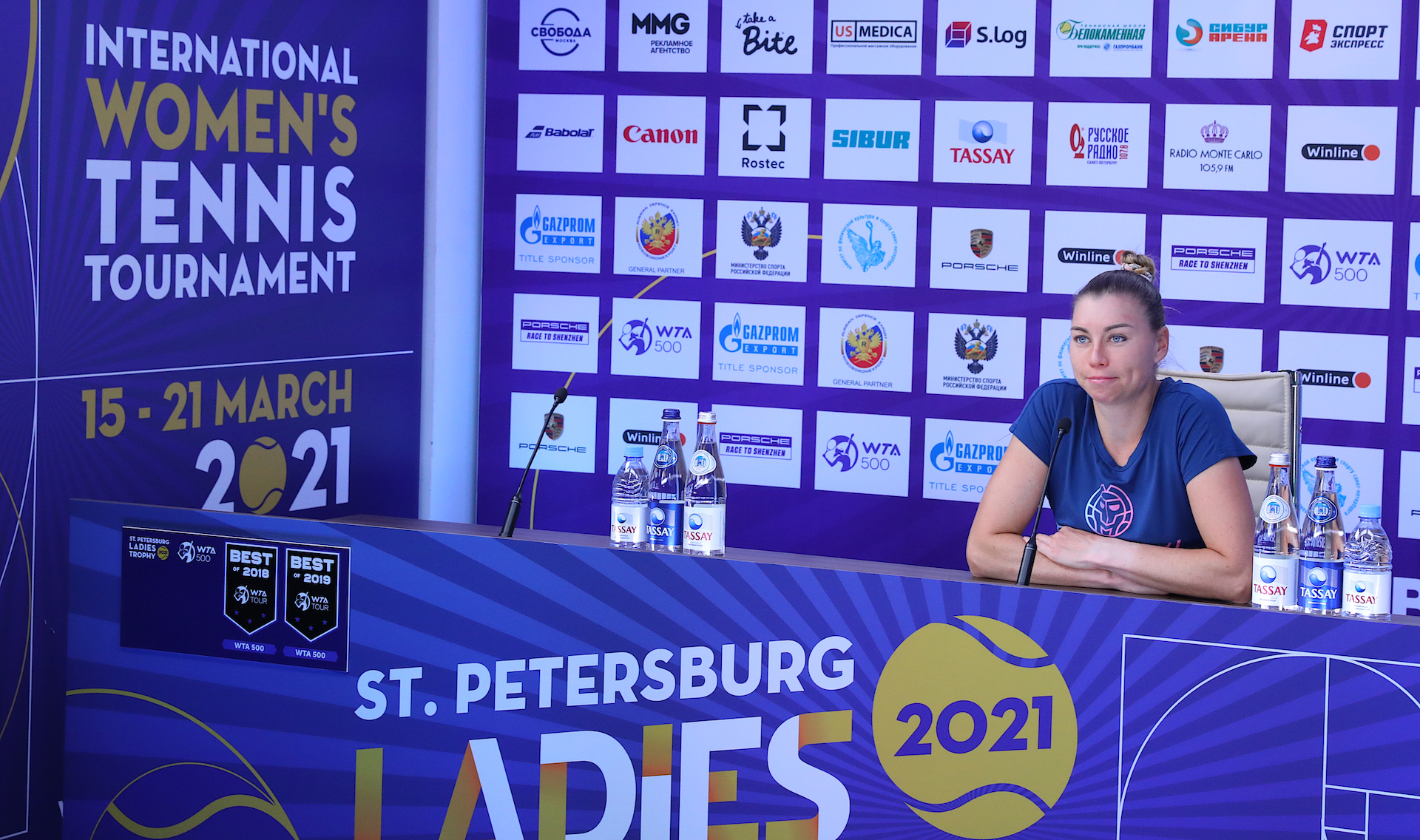 – You said that at the beginning nothing worked out, is it because of nerves? And how did you feel physically? After all, you had a lot of difficult matches here, both in singles and doubles?

– I probably paid for this difficult week today, first of all, not even physically, but in terms of concentration. It was very difficult for me today to focus. Sometimes I even looked at the score in order to understand what was going on. Maybe it happened due to the fact that overall I played a lot of matches, and fatigue was taking its toll on me. And, probably, more than an hour passed before I was able to really get into the match.

– During the match today both you and Margarita were bewildered by some calls of the Hawk-Eye electronic system. Were there moments during today’s meet when you thought that the Hawk-Eye was wrong?

– Generally speaking, there were no such moments. Perhaps, sometimes it seemed that the ball barely touched the line. Yet, Hawk-Eye showed that the ball was clearly on the line, or even inside the line. I don’t think there are any malfunctions in the system.

– After defeats the mood is typically not very good. What helps you to forget unsuccessful matches faster?

– You need to be a professional and think about what to do next, how to improve. You need to make conclusions and go forward – you need to rest, switch over, train and continue to do your job.

– What was the difference between winning and losing that 20-point tie-break?

– I think when the score is so tight in the tie-break you need a little more luck. You know, it’s not much you could do. I think I had to go for my shots and I went for my shots – remember the backhand down the line on set-point that I missed? But it was the right shot to make. Obviously, I felt like I could have done better a little bit, well, throughout the whole match, and in the tie-break I had to play my game with a little bit more confidence. I felt like I had a little bit of hesitation in my shots just because I made too many unforced errors in the beginning and there were some doubts in my head and, of course, that didn’t help. You have to be very confident and you have to go for your shots no matter what and that’s what I didn’t really do well at the end. 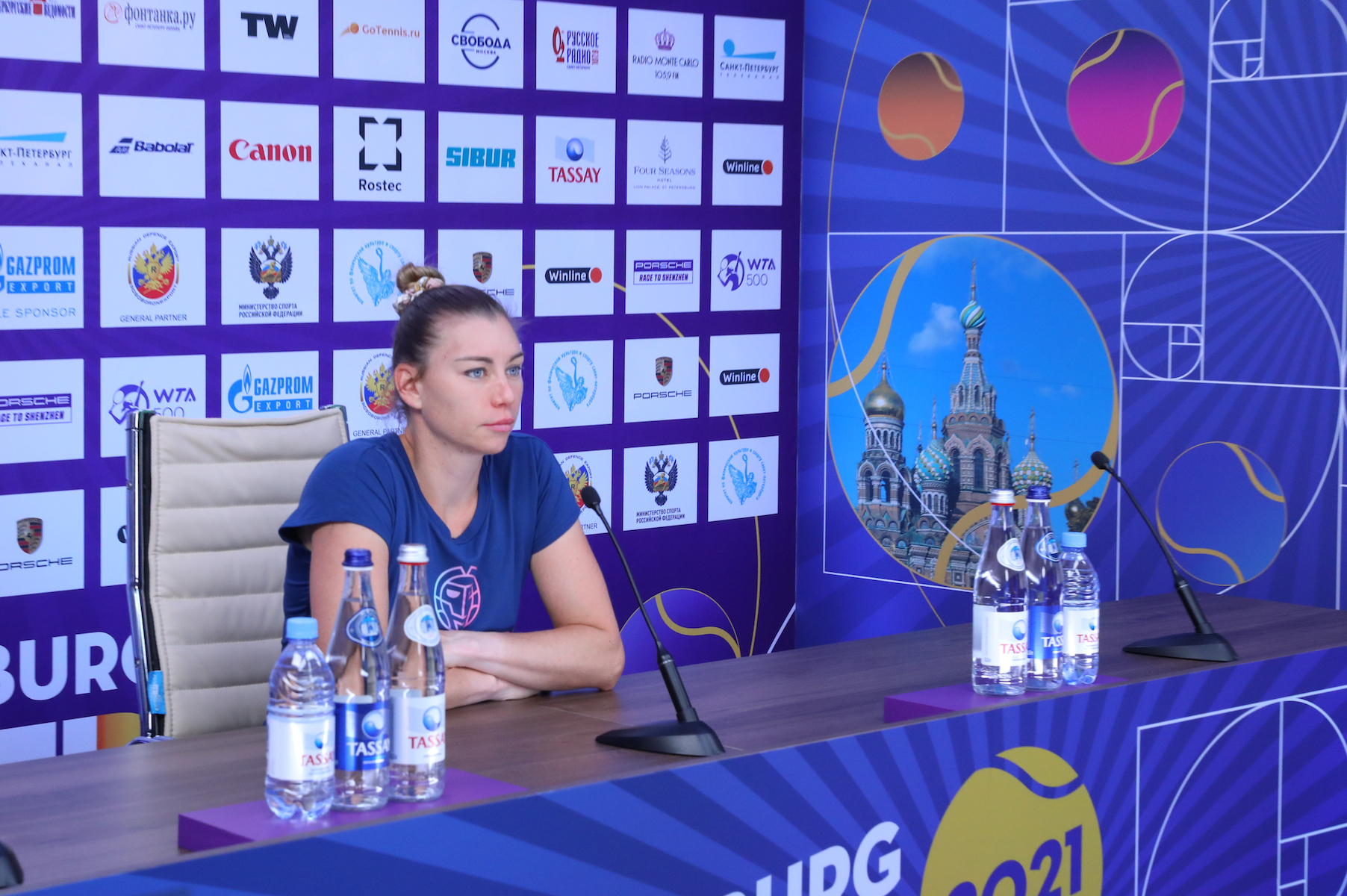 – What makes Margarita such a great competitor?

– Well, obviously, she’s an aggressive player. She’s quite tall, she has a very good serve, you know, powerful serve – she has power in her game  and I think her one-handed backhand is great and she’s using her shots really well, she’s playing not only with power but also with precision and sometimes it’s difficult to control the game. Sometimes she makes you run and you’re forced to play a defensive game.

– What positives can you take away from reaching the semifinals this week in St. Petersburg?

– Well, I strongly believe I was not playing my best level here and despite that I still made the semifinal. I think this is the positive side. I was able to fight for every point and turn around some matches. Even today, I didn’t start well but I was hanging in there and then at the end the level of the game was much better. And I’m sure I can still raise the level to a much higher level, and that’s what I’m looking to work on and hopefully if I can produce a better level I can beat some great players.