Vladimir Kamelzon, Honored Coach of Russia, founder of the Belokamennaya tennis school and member of the board of directors of St. Petersburg Ladies Trophy answered the questions of the tournament’s press-service.

– You have just arrived to the tournament, it means you were following the matches during the whole week on TV.   How did you like it? You are watching other tennis tournaments, too, and you can compare. What are your impressions?

– I was watching this tournament on Match TV channel from the very start. And I have heard that one of the commentators said that it is the best in its category for two years in a row already and I should say that it is covered even better that the tournaments in Australia, Doha or Rotterdam. And St. Petersburg is proving it is the best one. First of all, it has beautiful dressing this year, there are bright colors and the purple pantone looks really good.  Secondly, the lighting, production’s team work is brilliant, you can see players emotions after the rallies. So, to watch the tournament on TV is very pleasant. We have a great organizing committee. Our team is really strong. The surface is great, the light is good. All the technical equipment is at the top level as well as transport, food and all the COVID measures are organized very well. I have no criticism. I enjoy being here. I feel myself like I am at a Grand Slam tournament, for example, Wimbledon. I’d like to thank all the team and especially Alexander Medvedev and Natalia Kamelzon. I invite everyone to come to the semifinals and the finals. I am sure they will get a great aesthetic pleasure. 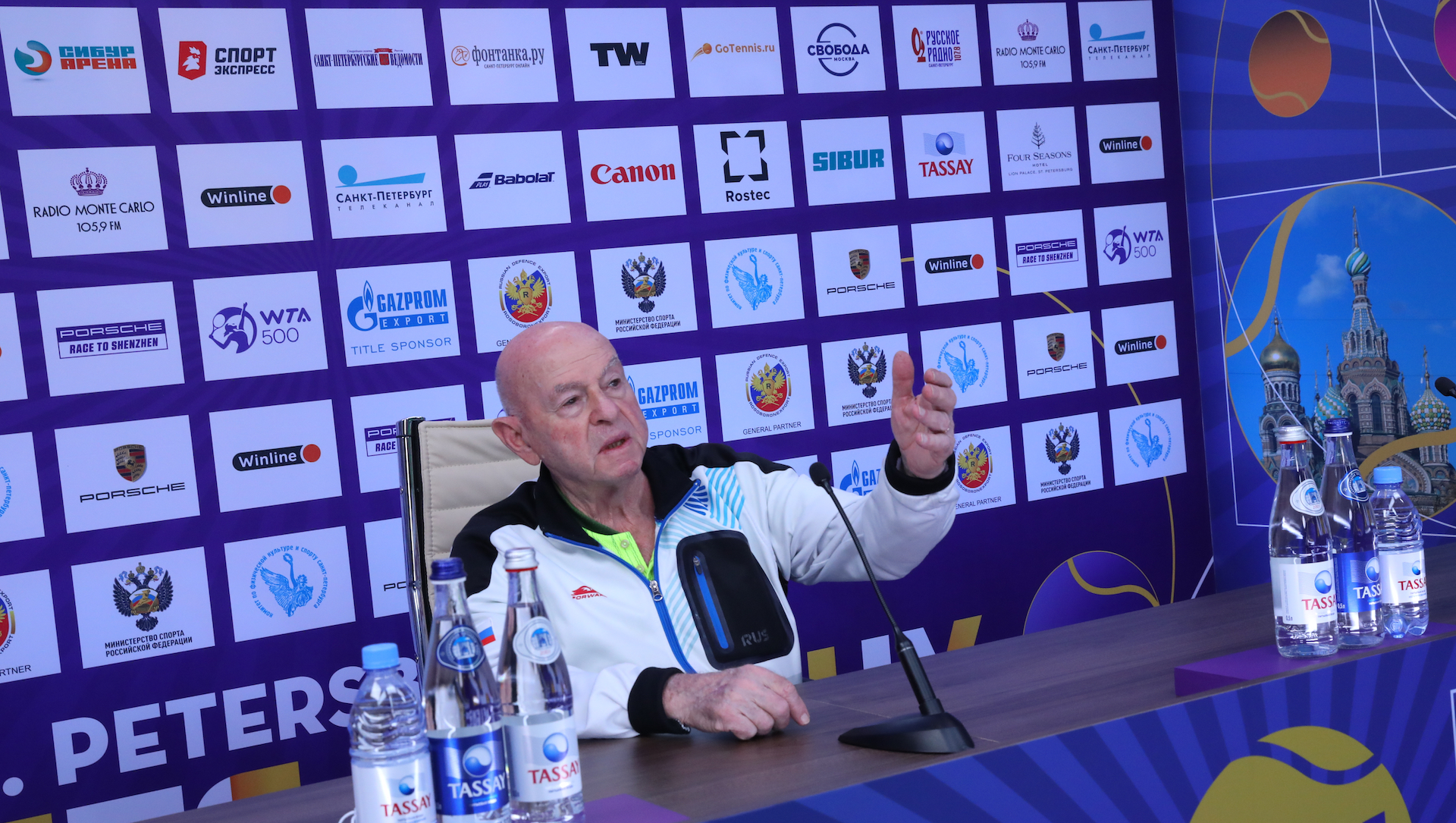 – You came to watch the best matches, the most interesting ones.  On Friday we learnt that the tournament will have a Russian champion as four Russians reached the semis for the first time in the history of the tournament. It is rare enough for the world tennis history, in 2017 at US Open it was for the last time when four Americans were playing in New York. And now we have four Russians in the semifinals. How will you comment on the fact from the fans’ side and from the perspective of Russian tennis development?

– I am a patriot. Motherland, the Russian flag and anthem mean a lot for me as I was growing up and educated in the Soviet times. I am pleased with results our men are showing, they are in the leading positions. Now Daniil Medvedev is World №2 and Andrey Rublev is ranked 8th and Aslan Karatsev performed well and made speak of himself in the world. He was in the semifinals at the Australian Open, and now he is in the finals in Dubai. Fantastic! And comparing to them people started to criticize our women’s tennis. They fell in rankings and they are don’t have high  achievements as compared to our men. Our tournament is like a healer which will help our girls to improve the results. This is a WTA 500 tournament with good ranking points up for grabs, so this is a chance to show their best tennis here. There were 20 Russian tennis players performing on the tournament. And it is a good competitive school for them where they can reach their results. And the fact there are 4 Russians in semis is great! I think that the semifinals and the finals will be interesting. And we will celebrate the champion from Russia in these tough times with an honor. It is a good help for the Russian tennis federation. And we are ready to help someone who is aiming to show big achievements. I think it is easier for women to reach top positions in tennis then for men. And I think that this tournament is a great example of how the competitions should be organized so that our athletes can participate and achieve big results.

– Who can you single out among the young Russians tennis players who performed on the tournament?

– First of all, I’d like to say a couple of words about the Russian tennis “veterans” who are famous tennis players already. Margarita Gasparyan is showing her best tennis in a last few year and today she showed what she can. Vera Zvonareva and Svetlana Kuznetsova are showing good level and they are not 17 years old and not even 25. These tennis players have huge experience on the international level and it is a pleasure to watch them. When Kuznetsova is on court you see that a great master is playing, she is in a good shape. We have interesting semis and the final will be watched with admiration. And of course, I’d like to single out our young generation – Anastasia Gasanova and Kamilla Rakhimova who entered the main draw coming off the qualifications. It means we have a good reserve for the Russian women’s tennis. It is important and it instills optimism and it means our girls can shortly become again the leaders of the world tennis. 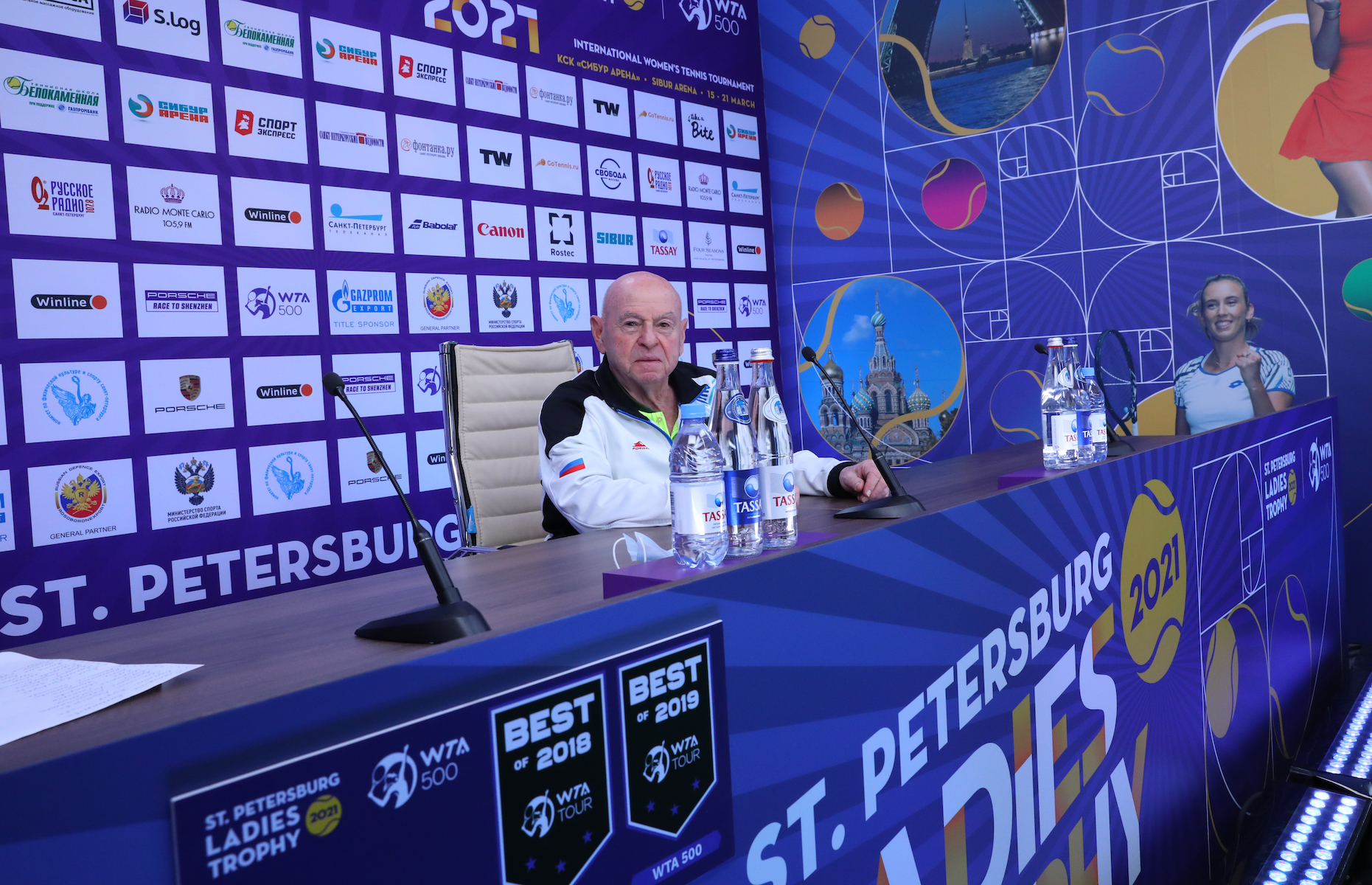 – We spoke about the young and old generation and we have also a ‘middle-aged’ one, for example, Daria Kasatkina who is 23. She was playing semis at the inaugural St. Petersburg Ladies Trophy 2016. And we worried for her ‘downs’ in the game: she was in the Top10 and then her ranking plummeted. And now it seems she is coming back and is getting in shape; she has 13 victories this season. She played two tight high-quality matches showing her willpower and skills. What can you tell about her?

– I totally agree with you. Kasatkina has her own game style and she was participating in all the home tournament throughout her career. I also traveled along with with the Russian Fed Cup team, for example I went to Poland (for the tie Poland-Russai). Daria played well but then she had some failures. She couldn’t find her game. I think that lots of things depend on people who are surrounding the athlete. Many things depend on the parents and the coaches, on who and how is working with a tennis player.  I think she wasn’t always lucky with this. Now she is working with a new experienced coach. Yesterday I saw her play (Daria beat Kudermetova in three sets), and I think she is still searching for her game and this process takes time. She is searching for what I call “winning ways” in her game. As for me she lost her aggressive strokes but she is moving the right direction  to retrieve her game.  The more powerful she hits the ball, the more she has to involve in the rallies  and to improvise. If Kasatkina will get this, she can again reach the Top10, I believe in that as she was born to be a tennis player. 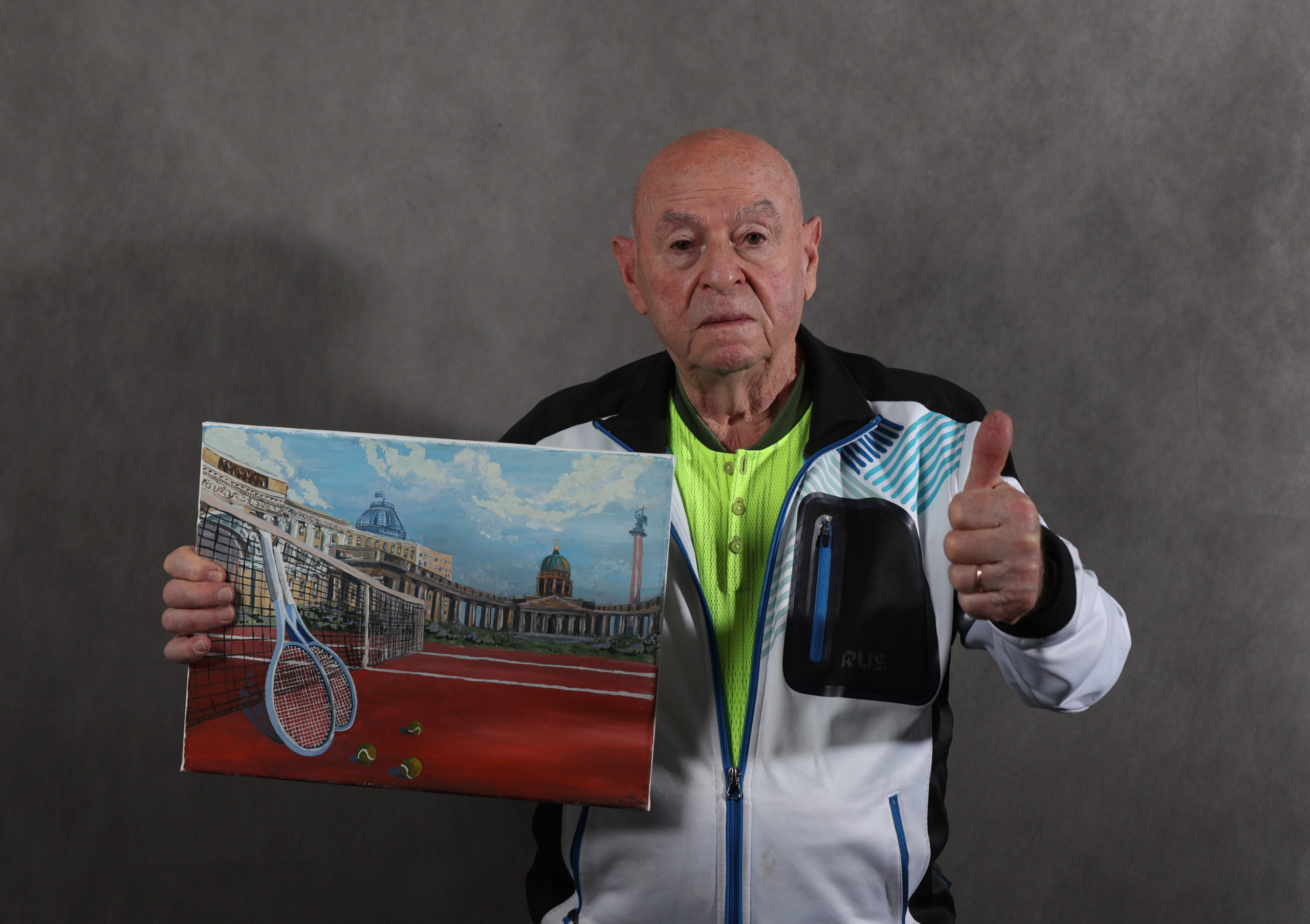 – In the semifinals the fans’ sympathy will be divided between 4 tennis Russian players as each of them has their own fans. Probably this question will be a tough one for you but what are your personal preferences?

– You know, us, coaches. We can feel sympathy for those tennis players whom we are working with and we share all your knowledge with them. Since I am the coach of the national team, they are all like my own children. So I will cheer for beautiful tennis. All of the four Russians who reached semis deserve to win the title. St. Petersburg Ladies Trophy is a cool tournament and it is a prestigious one, not even mentioning the prize money. I will be happy for any of them who wins.

– What would you like to wish to the fans who will come to the  semifinals and the finals?

– To watch matches is like watching a theater performance. Many people including my friends came from Moscow to watch tennis in SIBUR ARENA. It will be a theater. And the key thing I’d like people to feel like they are leaving the good, beautiful and strong performance. It is my wish. And if after the tournament parents will introduce their kids to tennis it will be great for the future of the St. Pete’s tournament and Russian tennis, too. Such tournaments do not happen too often. And St. Petersburg is lucky that this tournament takes place here. I want this tournament to take its place in history and in the fans’ memory.