– We know that you are happy with your title, but is there any grief that, being in good shape, you could not show all that energy due to the fact that match ended so suddenly?
– Of course, it’s not very pleasant when the final ends like that, but when a player has an injury, nothing can be said but wishes for a speedy recovery. I won the title anyway. It doesn’t matter how exactly, the main thing is that I have this trophy now.
– What have you personally achieved during this tournament? What have you discovered in yourself?
– It is difficult for me to get my thoughts together now, but after going through so many difficult matches, you definitely draw some conclusions. I am very happy with my game during this week. The final was a little different, but the final is always another story, so I won’t talk about it for too long.
– We had an impression that the pandemic was beneficial for you – you had time to get your thoughts together. Now you are back and showing amazing results. Is this impression correct?
– Maybe. At the beginning, I thought that the pandemic was not beneficial for me, but in the end I had a very large training block which gave me a lot. I realized a lot about myself, about my game. So yes, the pandemic helped me.
– Will this victory give you the additional confidence, the additional feeling of the game? Maybe this feeling will be projected for the whole season, for the clay season, in Miami?
– I have already withdrawn from the tournament in Miami. Now I will rest a little and start preparing for the clay season. Of course, victories in tournaments give confidence, there is nothing to talk about. Winning tournaments is always a pleasure. The main thing is not to concentrate on this victory too much. I need to enjoy this moment and move on, because there is still a lot of things coming. 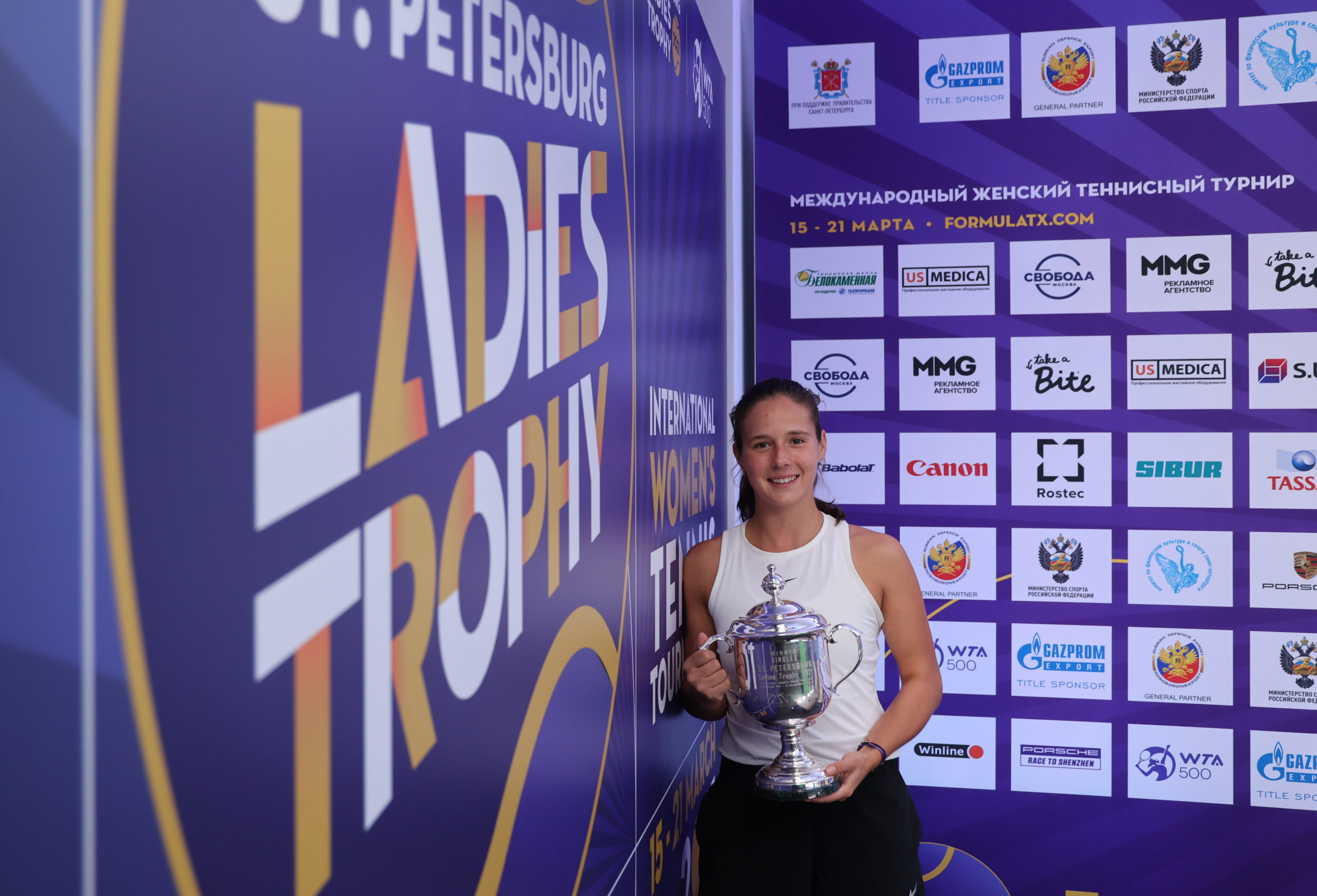 – After this victory you are back in the Top50. Do you have any thoughts, for example, about the Olympics this year? The strongest athletes will compete. Do you have an ambition to compete at the Olympics?
– Of course! The Olympics are a very special competition. If this year we have such an opportunity, I would like to perform at the Olympics. Though it is still up in the air.
– The question about your game on the clay. As a junior, you won the French Open. As an adult now you win on hard. How can you explain this? It seems that your game is made for playing on clay, for winning on that surface.
– Yes, probably, but at the same time 60% of our season is tournaments are held on hard courts. We play on clay for about 2 months. There are fewer opportunities to play. At the same time I have good results on clay. Besides I need to adapt to different surfaces – to the fast hard, to the slow hard, to indoor hard. There is a very slow hard court in St. Petersburg and it feels like the clay. This surface suits me, I like it. My coach says that I have a very good game for hard courts, and I tell him that I have good game for clay. We sometimes have debates about this.
– You played with many tennis players during this tournament. Was there someone you learned something from?
– I would not say that I learned something from the players I compete with. I try to look at men’s tennis mostly. I watch and analyze mainly men’s tennis.
– Yesterday when you played against Svetlana Kuznetsova, did you know that you would win that match despite losing to in the first set?
– No, I didn’t know (laughter). It was sheer fate. I was just playing.– All the participants of the tournament had to live in a safe “bubble”. Anastasia Gasanova went to a musical when she dropped out of the competition. How difficult was it to be in such a closed atmosphere in your beloved St. Petersburg?
– It was very difficult, because I have so many favorite restaurants in St. Petersburg, so it was very difficult not to be able to go out somewhere. On top of that, friends and acquaintances always came to me in the past, but this time they couldn’t do it, because I wasn’t allowed to meet with them. I will have such an opportunity today, and I will definitely take this chance.
– What does it mean to you that you became the first champion to win a WTA title twice this year? How will this affect your self-confidence?
– Of course, I am very glad that I won another tournament this season. I have the most wonderful feelings right now. Of course, it strengthens my self-confidence. As my coach says, “The best remedy for a player in tennis is winning matches.” 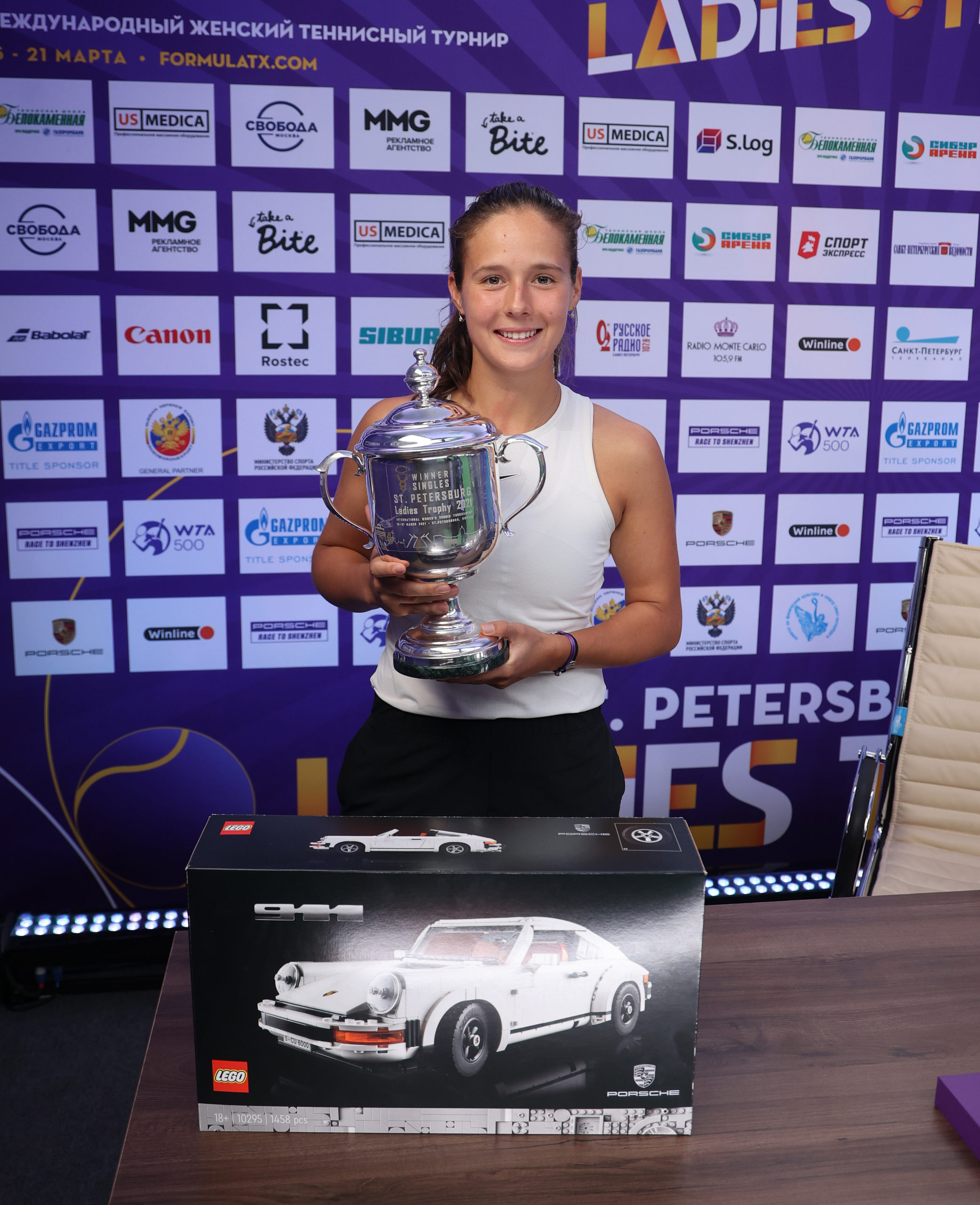 – What are you most proud of after this week in St. Petersburg?
– I am most proud of how I was able to compete at the matches, and cope with the pressure. Now it is difficult for me to answer in more details, because now I am in a state of euphoria after the victory. But I’m very proud of myself.
– On the court during the award ceremony, you very warmly thanked your coach and brother. If we take this period of cooperation with Carlos Martinez, what did you manage to work on together? What improvements did this collaboration bring to your game?
– We worked on everything. I understand that this is a very generalized answer, but we really worked on all aspects of the game: on the serve, on forehand and backhand, we trained a lot the footwork … It seems that during the lockdown, we worked on everything that only possible to work on. Plus, I haven’t trained as much with any coach as I did with him, so this also pays off. We will continue to work with him.
– At one of the press conferences here you said that you learn from him not only about tennis, but also about life. What philosophical life conclusion have you made for yourself?
– It would be better if you asked me this question an hour before the press- conference, I would think about it (laughter). It will sound trite, but I’ve learned that you just need to give all your best every day. Just do your job, and then it doesn’t matter whether you win or lose. The main thing is to do your utmost and not regret anything.
– You didn’t hold a lot of your serves, but you had even more breaks. And also, it seemed that you deliberately tried to give up the first sets in order to make adjustments and win the next two. Why did you have such a warp rhythm in all the matches at this tournament, except for the final one?
– We can never predict how a tennis match will turn out, especially when you play with such strong opponents. Honestly, I didn’t lose the first sets on purpose (laughter). It just so happened. It so happened that from the very beginning of the second sets, I found the keys to my opponents’ games, changed the rhythm and managed to turn the tide of the match in my favor.